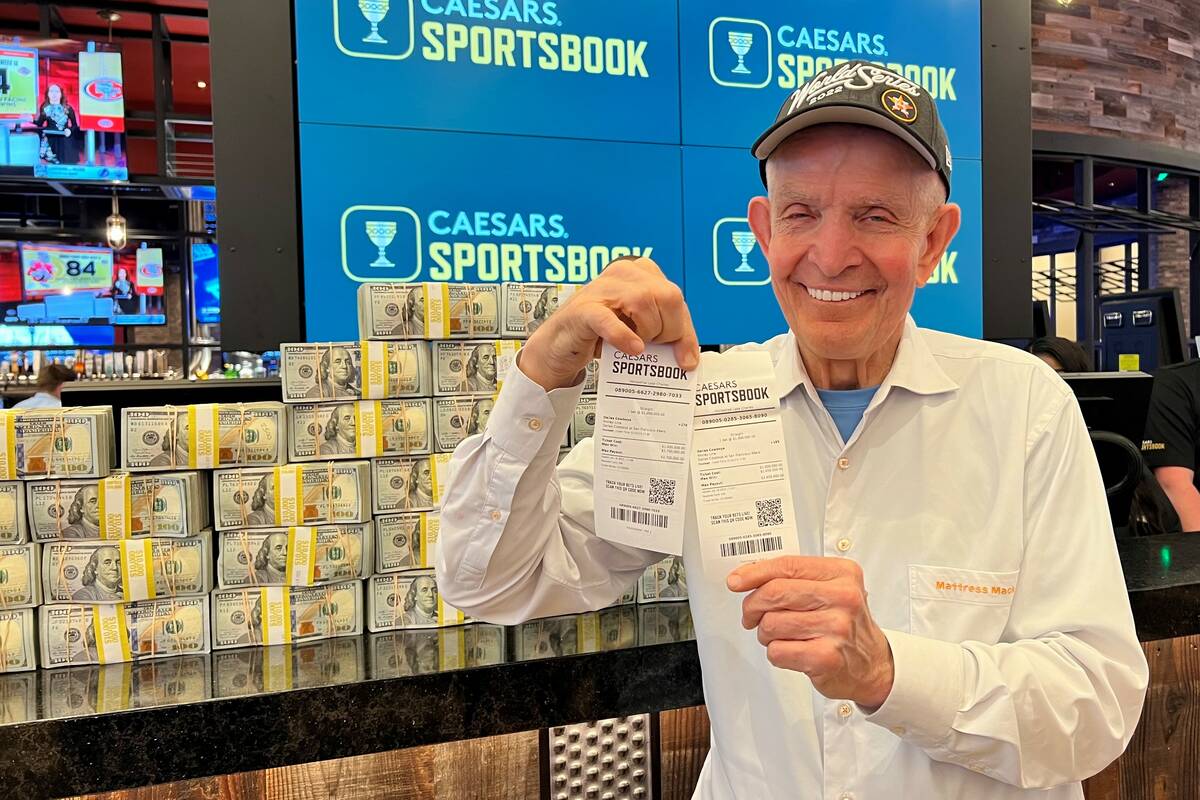 Jim "Mattress Mack" McIngvale holds up $2 million in bets on the Dallas Cowboys to beat the San Francisco 49ers, made at the Caesars Sportsbook at Horseshoe Lake Charles in Westlake, Louisiana. (Caesars Sportsbook)

Mattress Mack is back with $2 million in bets on the Dallas Cowboys.

McIngvale, 71, made the wagers (at +170 and +165) at Caesars Sportsbook at Horseshoe Lake Charles in Westlake, Louisiana.

The bets are the latest in a series of wagers to reduce risk on furniture promotions. In this case, customers who make a purchase of $3,000 or more will get their money back if the Cowboys beat the Niners.

San Francisco is a 4-point favorite over Dallas at Caesars.

McIngvale lost $3.13 million in wagers on Texas Christian over Georgia in the Horned Frogs’ 65-7 loss to the Bulldogs in the College Football Playoff national championship game.

He won a record $72.6 million in wagers on the Astros to win the World Series.