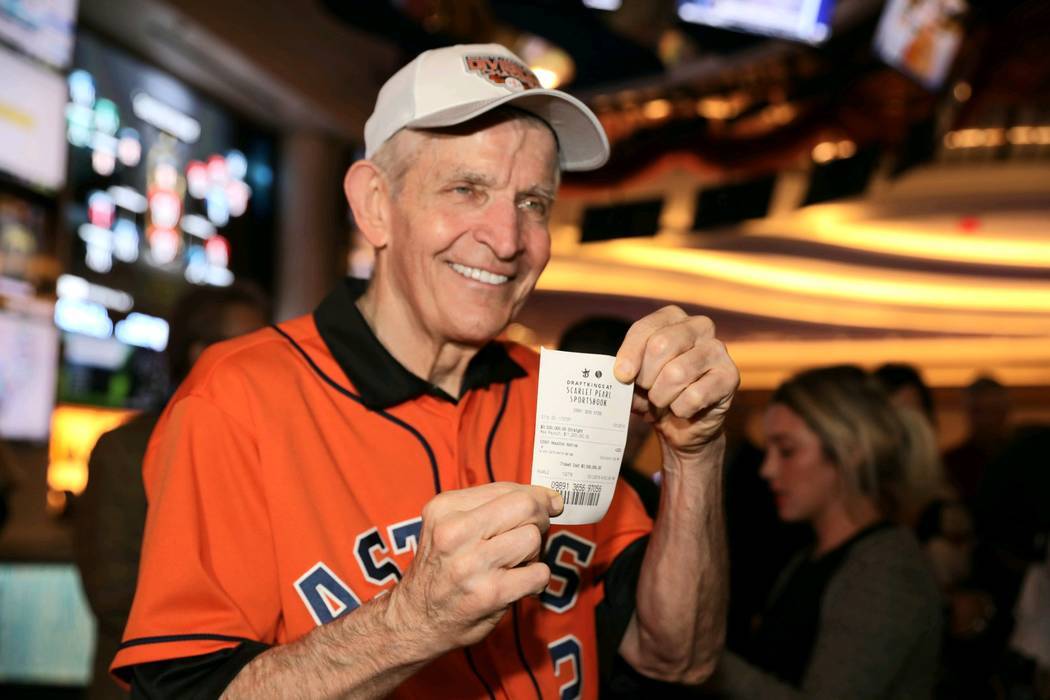 If a Las Vegas bookmaker is looking to take more money on the Astros to win the World Series, call Mack at 281-844-1963.

Houston furniture store owner Jim “Mattress Mack” McIngvale has placed about $10 million in hedge bets to win $17 million to offset a potential $20 million loss on a free mattress-set promotion if the Astros win the World Series. But McIngvale was still looking to place more hedge bets on Houston before it hosted the Washington Nationals on Tuesday in Game 1.

“If someone feels like increasing their volume, my cell number is on the front page of our website. Post it in the article. I don’t care.”

McIngvale, 68, already has won $1.5 million on the Astros in the playoffs, according to Anthony Curtis (LasVegasAdvisor.com), one of his betting advisers. He won almost $600,000 in wagers at Las Vegas sportsbooks — $1 million at William Hill and $500,000 at Circa Sports — on Houston to win Game 5 of the American League Division Series over the Tampa Bay Rays.

He also won more than $200,000 at the FanDuel sportsbook in New Jersey on the Astros plus 1½ games (-136) in the American League Championship Series after they lost Game 1 to the Yankees.

Not that McIngvale was ever rooting for New York to win in seven games.

“Washington does have pretty good starting pitchers to at least provide a decent matchup,” South Point sportsbook director Chris Andrews said. “Luck plays such a role in all sports. The Astros are the best team, but the best team doesn’t always win.”

Curtis, a sharp bettor, said the Nationals are a value play.

“I honestly believe there’s kind of an overreaction to the Astros. The Nationals absolutely can win this thing,” he said. “I like their chances with Scherzer and Strasburg. I think the line’s kind of out of whack.”

Whether McIngvale wins or loses money, he said he’s all in on the Astros.

“If the Astros win, I’ll have a whole lot of happy customers. That’s the whole idea,” he said. “I’ll have these people talking about this for the next 10 years. Every time they see my ugly face on TV, they’ll say, ‘I’ve got a mattress from him.’”

On the subject of mattresses, McIngvale said he sleeps just fine on his. But he said that the $20 million promotion has kept his wife awake at night.

“My wife is anxious about all this betting, so she doesn’t sleep at all,” he said. “But I make up for it.”