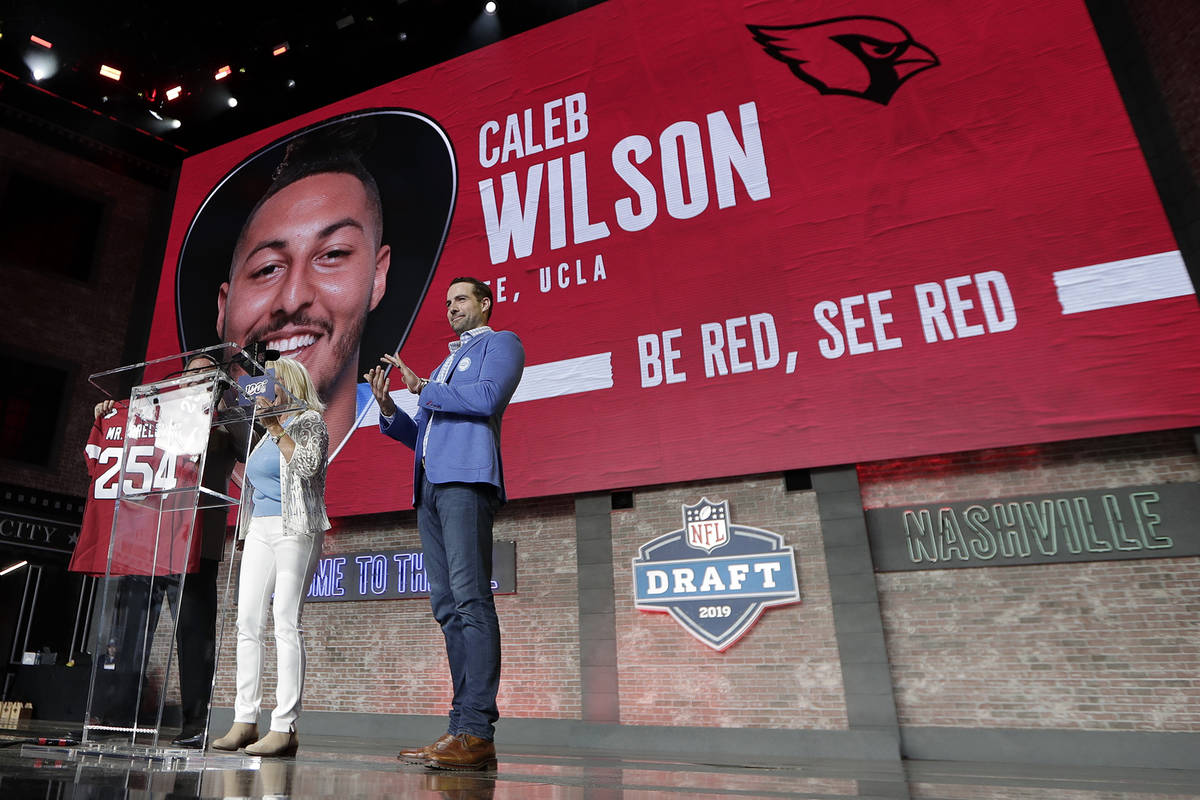 When the 255th and final pick of the NFL draft is announced Saturday, it will be anything but irrelevant to bettors.

William Hill and MGM Resorts sportsbooks posted odds on the position of Mr. Irrelevant — the title bestowed each year on the last pick of the draft — and the prop has been quite popular.

As of Friday afternoon, William Hill had taken 623 wagers on Mr. Irrelevant.

“I was shocked how many people wanted to bet that prop,” William Hill sportsbook director Nick Bogdanovich said. “That’s a lot more than I ever thought. We just thought we’d show Mr. Irrelevant a little love and put it out there.”

Wide receiver/tight end is the 5-1 favorite at William Hill to be chosen with the final pick, which belongs to the New York Giants.

Quarterback and safety are each 8-1, and kicker/punter is the 15-1 long shot.

“Who knows who it’ll be. It’s a complete crapshoot, so all the odds are about the same,” Bogdanovich said. “Obviously there’s less place-kickers and quarterbacks than linemen or receivers.

“The scary thing is every category has about the same amount of tickets. The most is place-kicker and punter.”

Only two kickers have been drafted last in the 44 years since former Southern California and NFL receiver Paul Salata came up with the concept of Mr. Irrelevant.

Salata presents the Lowsman Trophy for the last pick. It looks like the Heisman Trophy, but the player isn’t striking a pose. He’s fumbling the ball.

Former Chiefs and Titans kicker Ryan Succop was the 2009 recipient.

Overall, 27 of the 44 Mr. Irrelevants have been offensive players, including the last three and seven of 10.

Of the 27 offensive players, 16 have been wideouts or tight ends, including former UCLA tight end Caleb Wilson in 2019.

Five quarterbacks have earned the dubious distinction, including two in the last eight years: Chad Kelly to the Broncos in 2017 and Chandler Harnish to the Colts in 2012. Indianapolis apparently picked Harnish in case 2012 No. 1 overall draft pick Andrew Luck didn’t work out.

A William Hill bettor won $4,400 on a $400 wager (10-1) when Louisiana State’s Clyde Edwards-Helaire was the first running back drafted. The Chiefs selected Helaire on Friday with the final pick of the first round.

A William Hill bettor cashed a $2,200 wager to win $2,000 on Texas Christian cornerback Jeff Gladney to go under his draft position of 45½ when he went No. 31 to the Vikings.