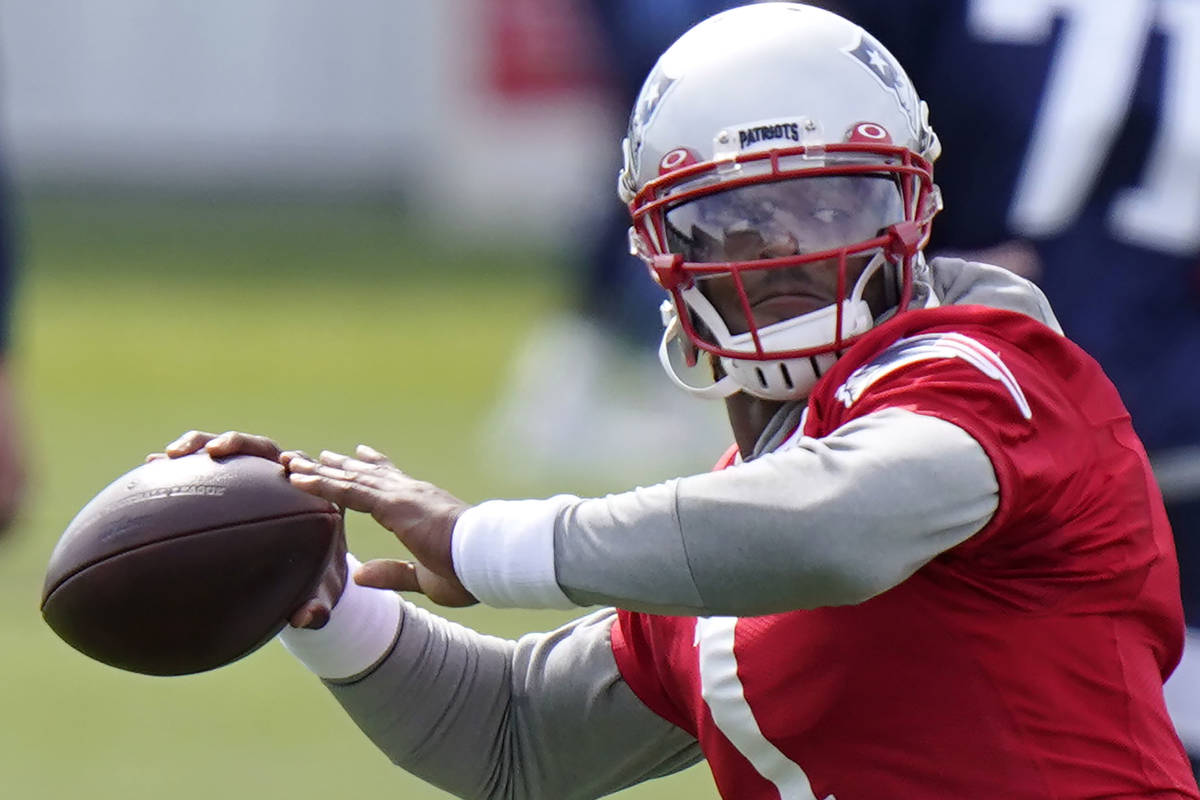 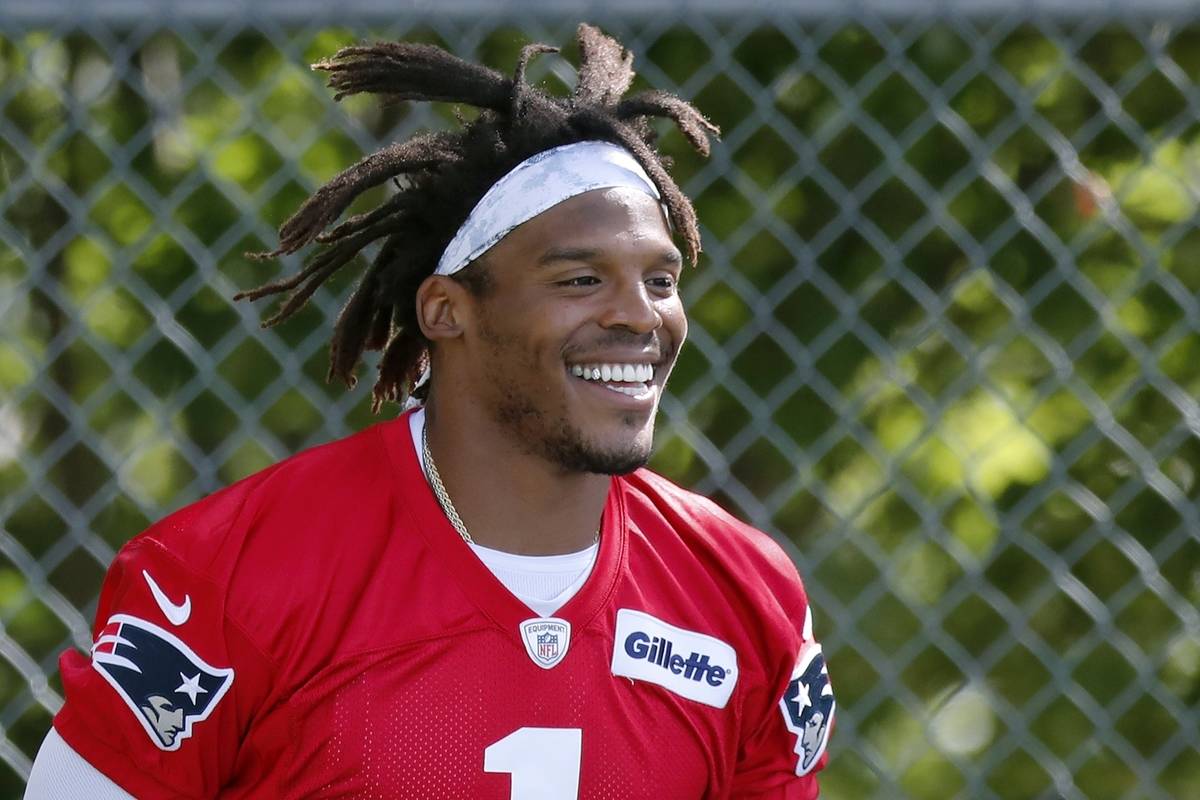 Analysis: There are too many question marks with the Patriots’ revamped offense. Cam Newton, Tom Brady’s replacement, has publicly expressed his confidence, but the fact of the matter is the 2015 NFL MVP has not been a capable quarterback for several years.

Analysis: I’ll give new Browns coach Kevin Stefanski the benefit of the doubt to re-energize a capable offense that has suffered in recent years partly because of bad coaching. It’s time for Cleveland quarterback Baker Mayfield to step up his game.

By the numbers: Baltimore covered eight of its final nine games last season. … Cleveland dealt the Ravens their only regular-season home loss last season and has covered the last two meetings at Baltimore. … Division underdogs are 21-5-1 ATS in Week 1 and 141-90-10 ATS in the first three games.

Analysis: With the potent running attack of Frank Gore and Le’Veon Bell, this game could be a grind-it-out, low-scoring affair. A successful division underdog system applies here on the Jets, but the under is a better alternative. It will be interesting to see how newly acquired wide receiver Stefon Diggs fits into the Bills’ offense.

Analysis: This one is hard to handicap. The Panthers have a new coach in Matt Rhule and a new quarterback in Teddy Bridgewater. With no preseason, it’s hard to gauge Carolina. But the Panthers still have All-Pro running back Christian McCaffrey, who almost always kick-starts their offense.

Analysis: Last season, the Falcons had the second-lowest sack total in the league with 28. They’ve made some offseason acquisitions to improve their pass rush, but Seahawks QB Russell Wilson can shred that poor defense.

Analysis: Philadelphia QB Carson Wentz is overrated, and Washington Football Team QB Dwayne Haskins was awful and definitely not ready to start last season. The only handicap I can muster up comes from a successful division underdog system.

Analysis: The Bears will start Mitchell Trubisky but have a capable backup in Nick Foles. Their offense is questionable, but their defense should be one of the best in the league. The line move from pick to Detroit -3 is misguided.

Analysis: I’ve never had much faith in Philip Rivers, especially as a road favorite. The general assumption is the Jags are tanking this season. It’s too much to expect the Colts to cover more than a touchdown on the road, so I’ll give a weak endorsement to the supposedly terrible Jags.

By the numbers: The Colts have lost six straight openers and nine of 10. … Jacksonville has won and covered the last four home games against Indianapolis. … The Jaguars are 8-1-1 ATS in the last 10 meetings with the Colts.

Analysis: Even though Aaron Rodgers showed signs of age and ineffectiveness last season, I’ll take him over inconsistent Kirk Cousins. I’ll hope to get the key number of 3, but I’ll still recommend the Packers as a weak pick.

Analysis: Joe Burrow has to make a huge difference for the Bengals. Chargers QB Tyrod Taylor is average at best. Chargers WR Mike Williams is injured and questionable to play, which would negate an important offensive weapon. Easy call on the Bengals as home underdogs.

By the numbers: Los Angeles was 1-8 ATS as a favorite last season and 3-7 ATS on the road. … Cincinnati went 3-2-1 ATS in its last six games as an underdog last season.

Analysis: In recent years, Super Bowl losers have started poorly the next season. This should be amplified by the way the 49ers collapsed in the fourth quarter of Super Bowl LIV, blowing a 20-10 lead in a 31-20 loss to the Chiefs. This number is way too high. The Cardinals have added WR DeAndre Hopkins to give excellent Arizona QB Kyler Murray another offensive weapon.

Analysis: For whatever reason, the Saints underperform early in the season, and now they’re playing Tom Brady-led Tampa Bay. It’s a gift catching points with arguably the greatest quarterback of all time. This also should be a typical high-scoring game at the New Orleans Superdome.

By the numbers: The Saints are on a 1-11 ATS slide in their first two games of the season and are 4-9 ATS in their last 13 home games. … The over was 12-4 in Bucs games last season and is 27-12 in the last 39 games coached by Bruce Arians. … Five of the last seven meetings have gone over.

Analysis: Tough game to call because the Cowboys are the superior team, but it’s the first game in SoFi Stadium and that might give the Rams the incentive to compensate for their lack of talent. I’ll give a mild endorsement to Los Angeles because of the stadium situation.

Analysis: The Steelers opened as 3-point favorites and were bet up to 6-point favorites before the line ticked down. That’s a significant move for a road favorite and the wrong move. The Steelers now have a healthy Ben Roethlisberger back under center after missing most of last season, but the number is too high.

Analysis: Denver QB Drew Lock has a lot to prove, and Broncos star linebacker Von Miller is out indefinitely with an injury. Denver’s defense faces quite the task in trying to stop Derrick Henry, the NFL’s leading rusher last season with 1,540 yards. The Titans should rely heavily on Henry against the depleted Denver defense, which should result in a low-scoring game.

By the numbers: Tennessee covered five of its final six road games last season. … The under is 17-7 in Denver’s last 24 games.