Analysis: I try to stay away from quarterbacks who have a history of turning the ball over, as that often leads to ripped-up tickets. Raiders QB Derek Carr has not thrown an interception in his last 235 pass attempts and has completed 70 percent of his throws this season. Carr has a stable of reliable weapons, including tight end Darren Waller, while the defense will get better every week.

By the numbers: There are several strong under trends in this game. The under is 12-3-1 in the Raiders’ last 16 games against the AFC, 10-4-1 after a Raiders’ win, 19-7-1 following a Patriots loss and 20-9 when New England is favored. Also, five of the last seven meetings have gone under. … The road team has covered four straight games in the series.

Analysis: The Rams have had their way with AFC opponents under Sean McVay, winning 10 of 12 games since 2017. Los Angeles’ defense has allowed only one touchdown pass this season, which ranks first in the league. The Bills have three turnovers in two games. They could overcome those mistakes against the Jets and Dolphins, but not against the Rams.

Analysis: Don’t count out the Texans yet. Under coach Bill O’Brien, Houston has started 0-2 three times, but turned it around to make the playoffs twice. For Pittsburgh, the penalties were so bad last week against Denver (10 for 89 yards) that Mike Tomlin brought in officials to practice in an effort to cut down on mistakes. The Texans’ third-ranked pass defense will limit a Steelers offense that has had trouble stringing first downs together.

Analysis: Injuries to key 49ers leave me no choice than to side with the Giants. Starting QB Jimmy Garoppolo, All-Pro tight end George Kittle and running back Raheem Mostert are out. The 49ers also lost defensive linemen Nick Bosa and Solomon Thomas to season-ending knee injuries.

Analysis: The Vikings have lost four straight regular-season games. In that span, Minnesota has averaged 249 yards on offense, its lowest offensive output over four games in 10 seasons. They’ll need to pick up the pace to keep up with Titans QB Ryan Tannehill, who has thrown multiple TD passes in nine straight games. He also has the NFL’s best passer rating since joining the Titans in 2019. Tannehill and the running game will control this matchup.

Analysis: I can’t back a Washington team that doesn’t even realize it’s in a football game until the third quarter. The Football Team trailed 20-0 last week against the Cardinals at halftime and is -54 points in the first half of its last four games. The Browns will try to take away Terry McLaurin, who accounts for almost half of Washington’s passing yards. I won’t back one-dimensional teams who typically dig early holes for themselves.

Analysis: I can’t recall a time when I had the Bengals and Browns penciled in as plays in the same week. But here we are. Perhaps I’m enamored with the progression of rookie Joe Burrow, who was vocal after Cincinnati’s second straight loss. Burrow’s 60 completions in the first two games are the most by a quarterback through two games in the Super Bowl era. If the Bengals find a way to stop the run, this will be an outright win.

Analysis: The Falcons blew a 20-point lead in last week’s 40-39 loss at Dallas. That was the most points they’ve ever scored in a losing effort, which leaves me wondering if I can back a team that has it in them to blow that kind of advantage. Falcons coach Dan Quinn has to be on the hot seat. Some might look at this as a chance to bet on a motivated team, but I look at it as a reason to wager against a team that might be pointing fingers from the top down.

By the numbers: Atlanta is 2-9 ATS in its last 11 games after scoring more than 30 points in the previous game. … The Falcons are on a 12-5 over streak in September. … The Bears have covered six of the last eight meetings.

Analysis: The Colts have outgained their opponents by 383 yards, the best yardage differential through two games in franchise history. Indianapolis will face the only team in the NFL to not hold a lead this season. It’s hard to believe that the Jets will be within range to cover this one against Phillip Rivers, who has completed almost 78 percent of his passes. I’ll take the Colts and their top-ranked defense.

Analysis: The Chargers gave the Chiefs all they could handle last week but still came up short in a 23-20 overtime loss. Los Angeles rookie QB Justin Herbert should be more comfortable after a week of practice rather than the hour he had to get ready for his first start. The Panthers will keep it close, but the absence of Christian McCaffrey will prove to be the difference.

Analysis: The Lions have given up the most yards in the NFL and now face a Kyler Murray-led Cardinals squad that seems to be gaining more confidence in every game. Murray is the first quarterback in NFL history to rush for at least 150 yards and three TDs in the season’s first two games. The Lions are the second team in NFL history to blow leads of 11 points or more in their first two games. I can’t back organizations with little upside.

Analysis: Much has been made about Tampa Bay bringing in Tom Brady and Rob Gronkowski. But what continues to impress is its run defense, which held the Panthers to 87 yards last week. That was the 15th time in the last two seasons that the Buccaneers have held opponents to fewer than 100 yards on the ground. If Brady can eliminate his early pick-six bug, Tampa Bay’s defense will cash our ticket.

Analysis: The reason the under is 18-8 when the Cowboys are an underdog is simple — Dallas doesn’t show up in big spots. Now the Cowboys face Russell Wilson and the Seahawks, who always seem to come through in the clutch. Wilson has only 11 incompletions this season, completing 52 of 63 passes, which means the underachieving Dallas secondary will have its hands full again.

Analysis: I like to back teams that can run the ball, and the Packers fit that criteria after rushing for 259 yards last week against the Lions, their biggest output since 2003. The Saints have an NFL-high 248 penalty yards, and wide receiver Michael Thomas isn’t expected to play.

Analysis: The Ravens have won 14 straight regular-season games. Baltimore rushed for 230 yards against the Texans last week. It was the 15th time they’ve topped 200 yards rushing since 2018, with no other team having more than five in that span. The Ravens and NFL MVP Lamar Jackson have something to prove after losing to the Titans in the playoffs last season. I’ll back great teams with a chip on their shoulder. 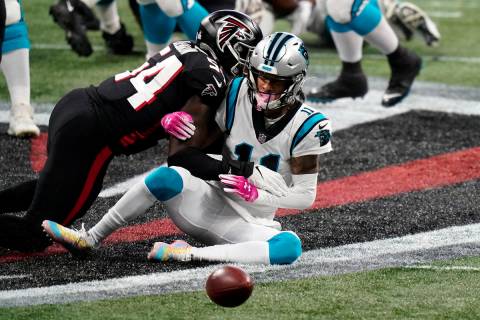 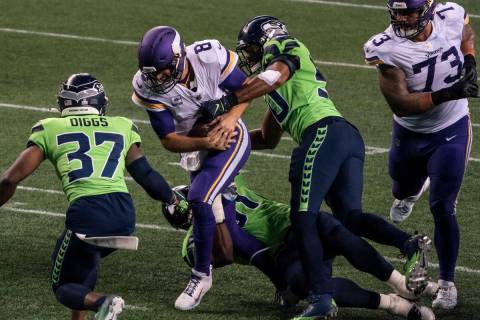 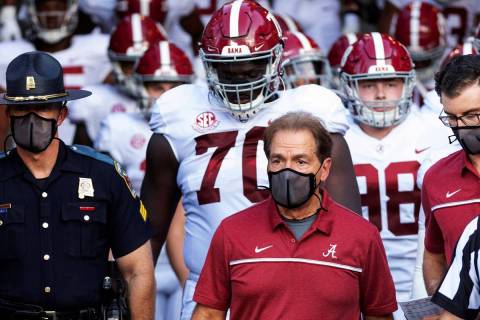 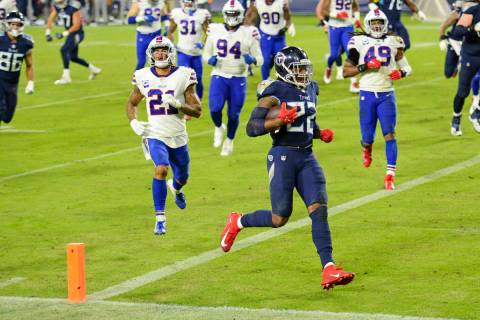