This is the 10th in a series of 32 NFL team betting previews in 32 days leading up to the league’s Sept. 5 season opener. We’ll count down the teams from the lowest season win total to the highest.

The Buffalo Bills have made the biggest jump in NFL season win totals, soaring to 7 after opening at 6 before April’s NFL draft.

Sharp bettors backed the Bills at CG Technology sportsbook, and handicapper Brian Blessing also thinks Buffalo, where he spent 25 years as a sports reporter, will surpass its win total.

“They can win eight or nine. Anything less than a .500 season would be a disappointment,” said Blessing, host of Sportsbook Radio on KSHP-AM 1400. “All the talk is about (quarterback) Josh Allen. But the hidden nugget is their defense. It has a chance to be really good.”

The Bills, who went 6-10 last season after going 9-7 and making the playoffs in 2017, also bolstered their offense around Allen, who rushed for 476 yards and five touchdowns in the final six games of his rookie year.

“Allen, in the last month last season, a light bulb went on. Now he’s got better players around him.”

On paper, the Bills have one of the NFL’s 10 easiest schedules. They open the season with road games against the Jets and Giants, then play five of their next six games at home.

“They have to start fast,” Blessing said. 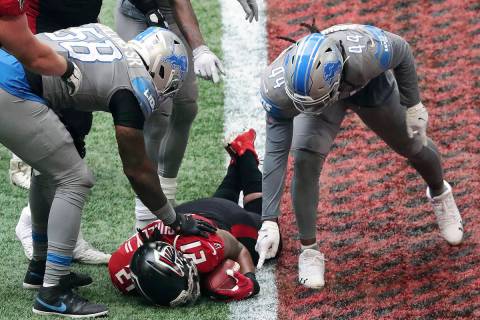