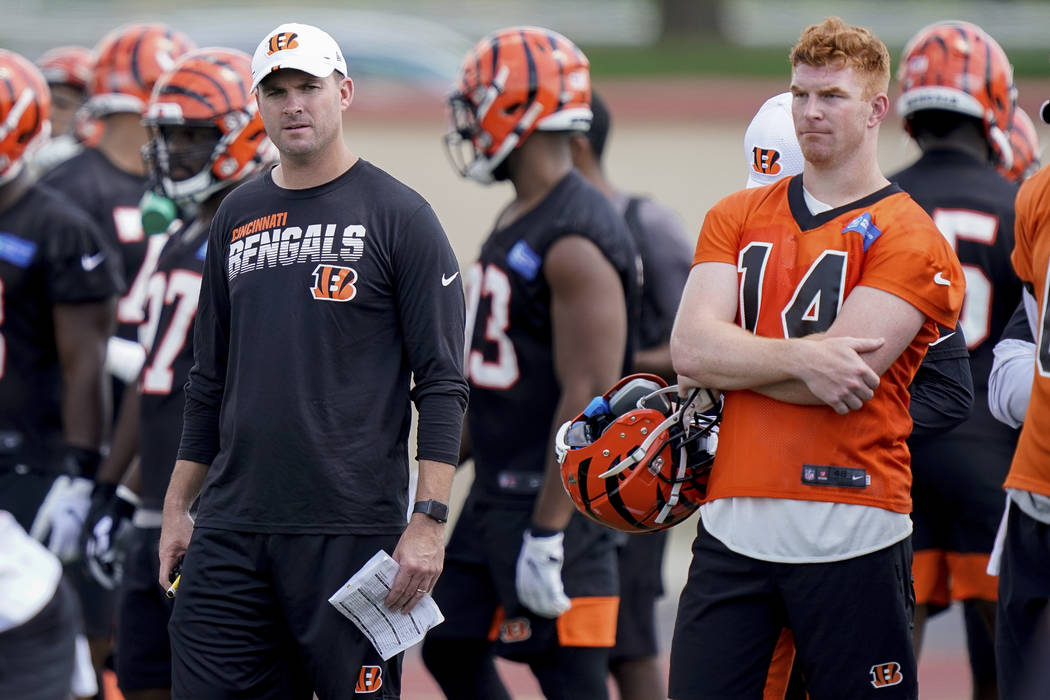 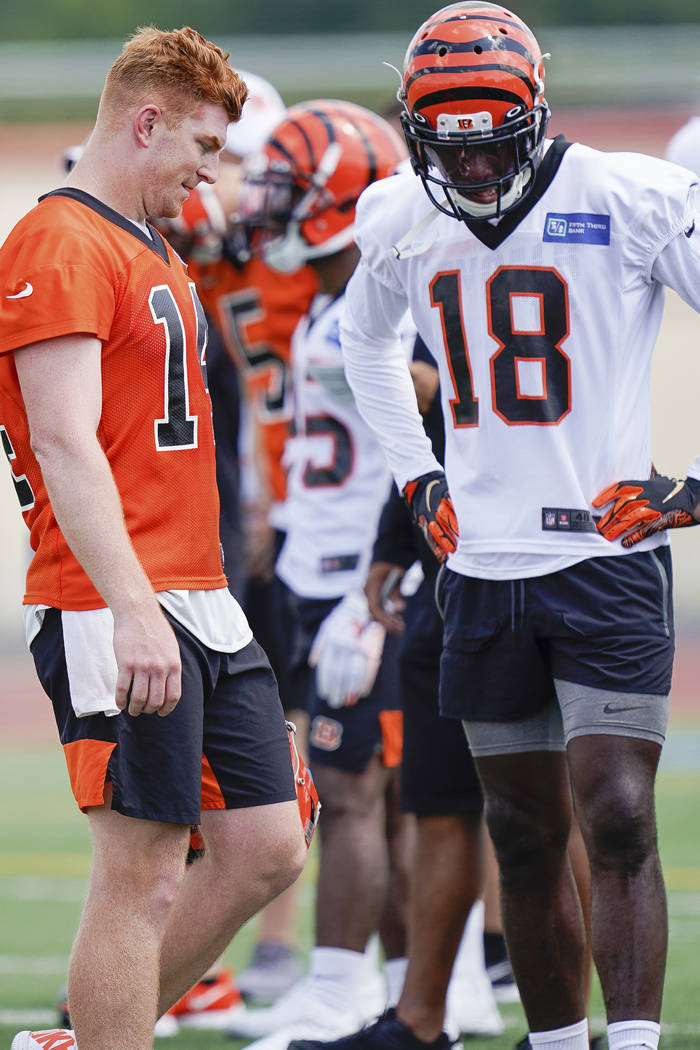 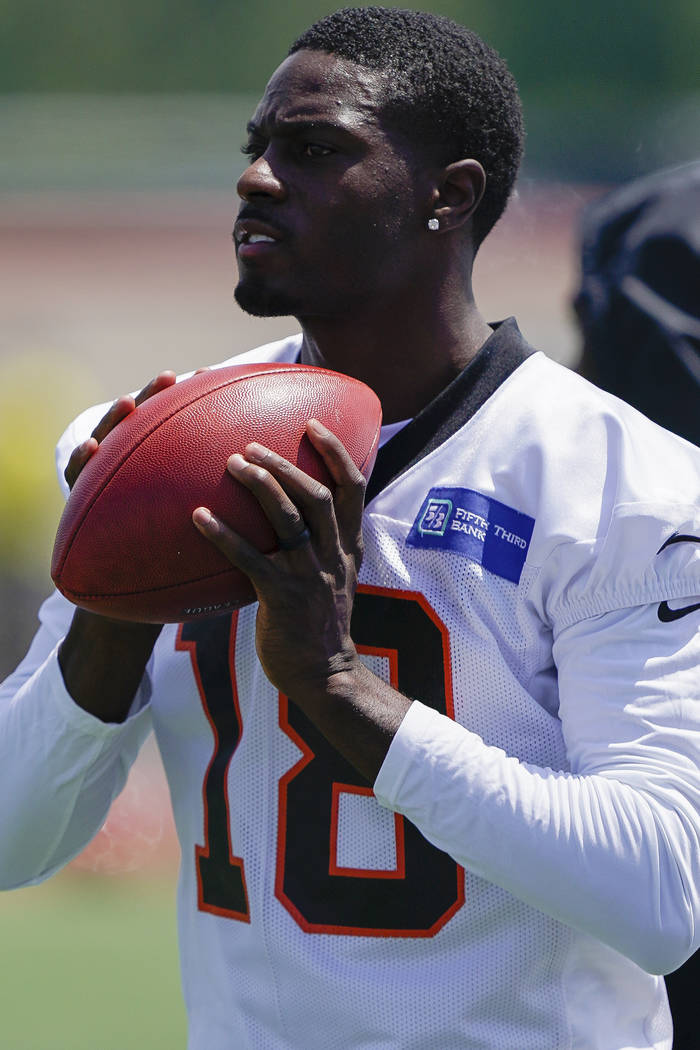 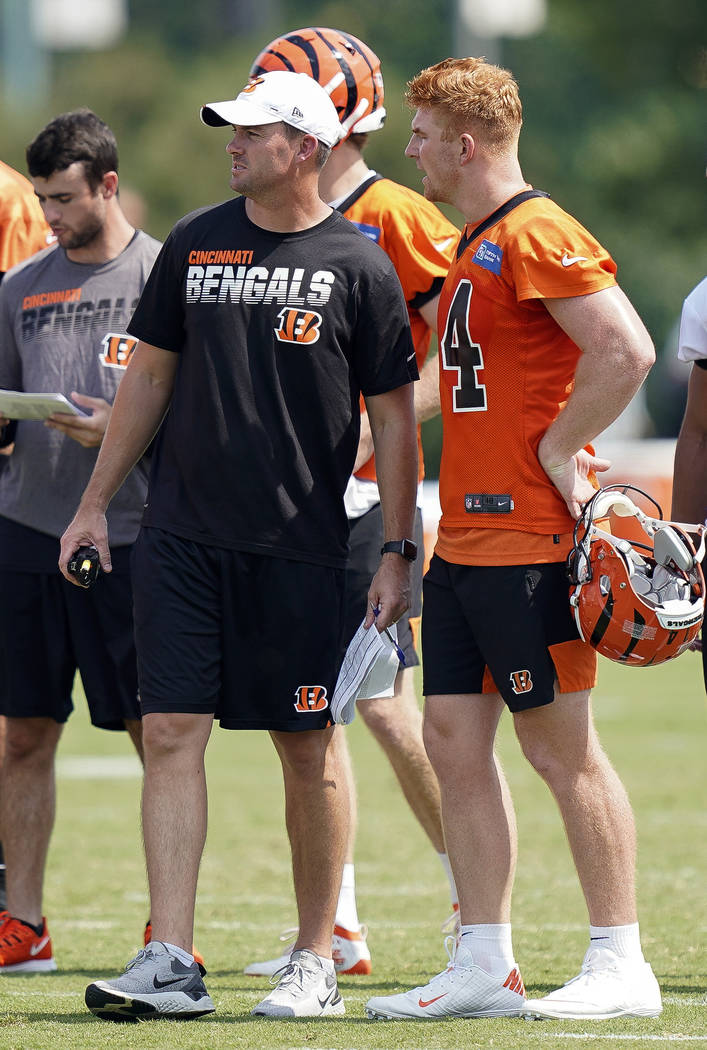 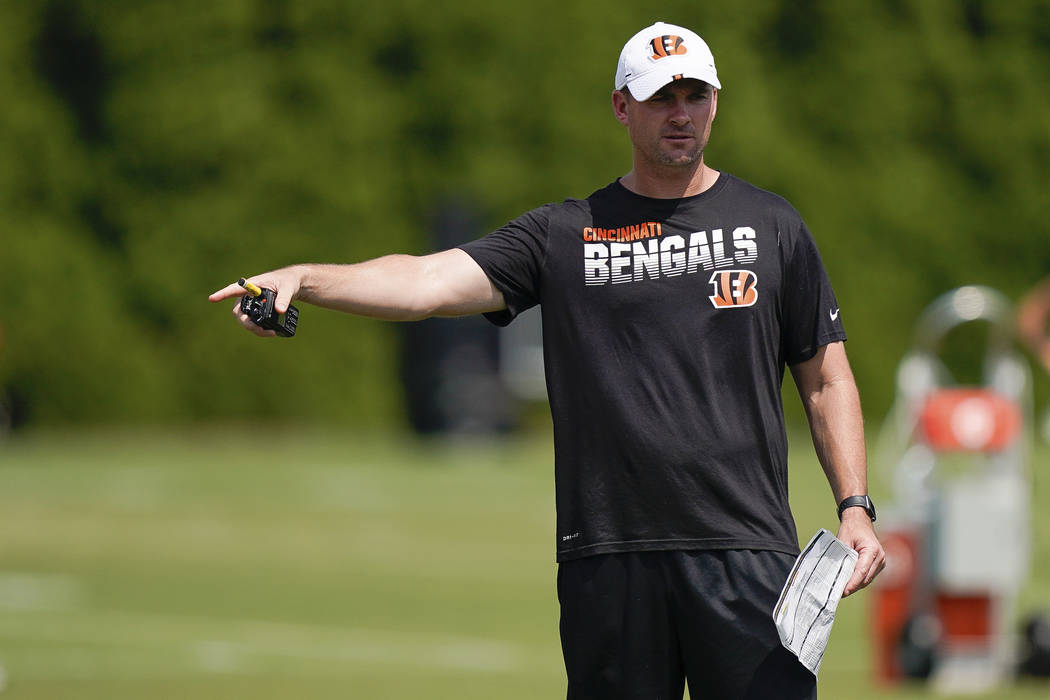 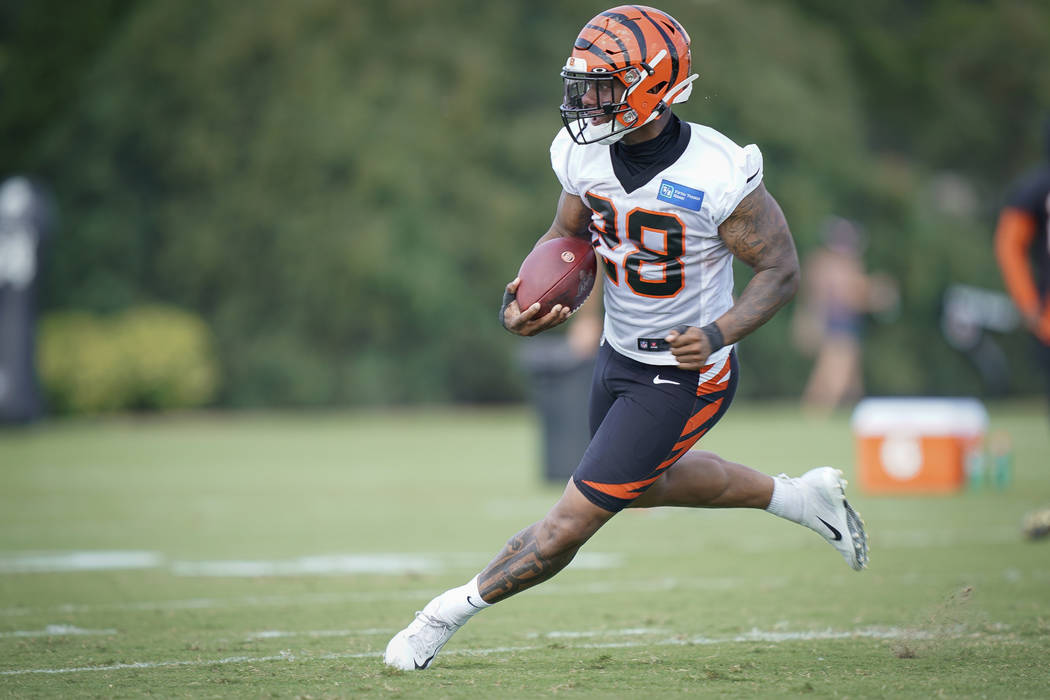 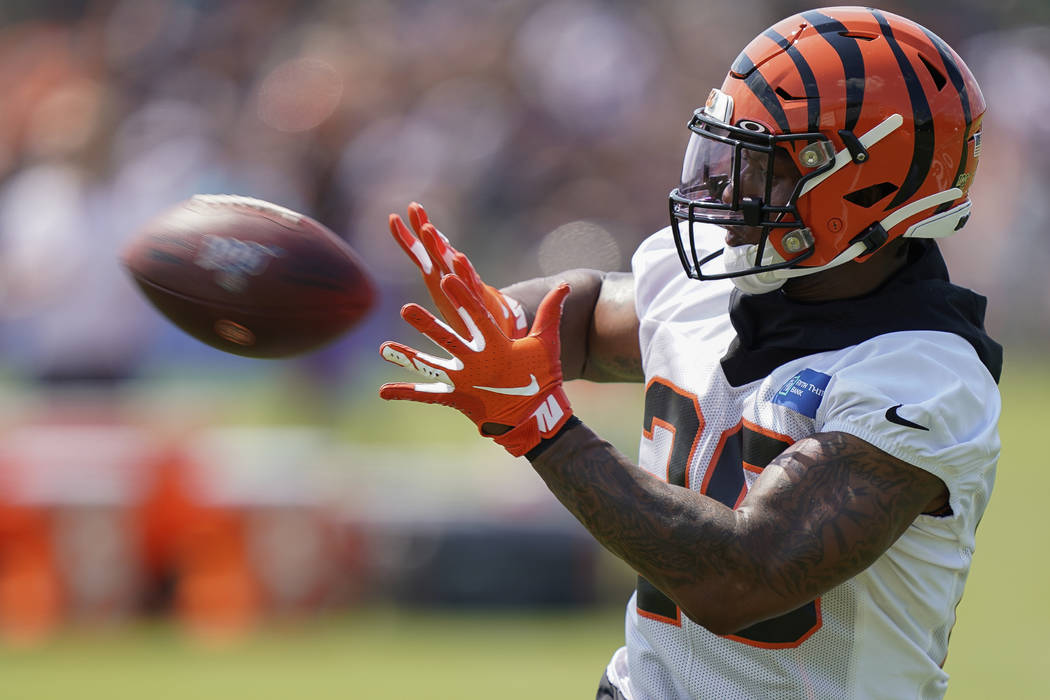 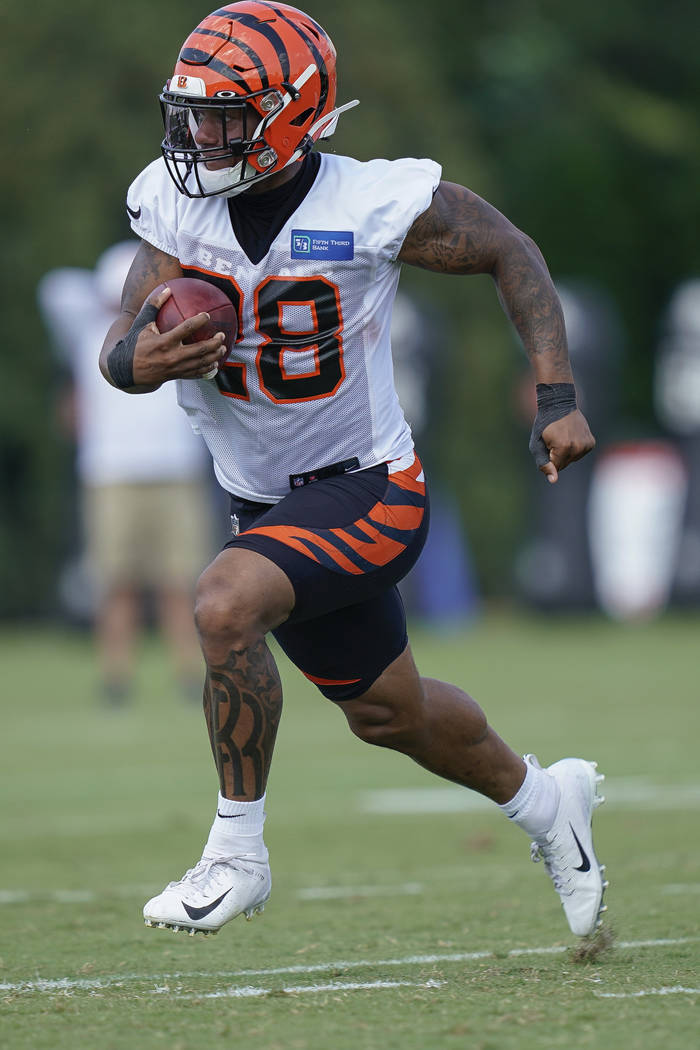 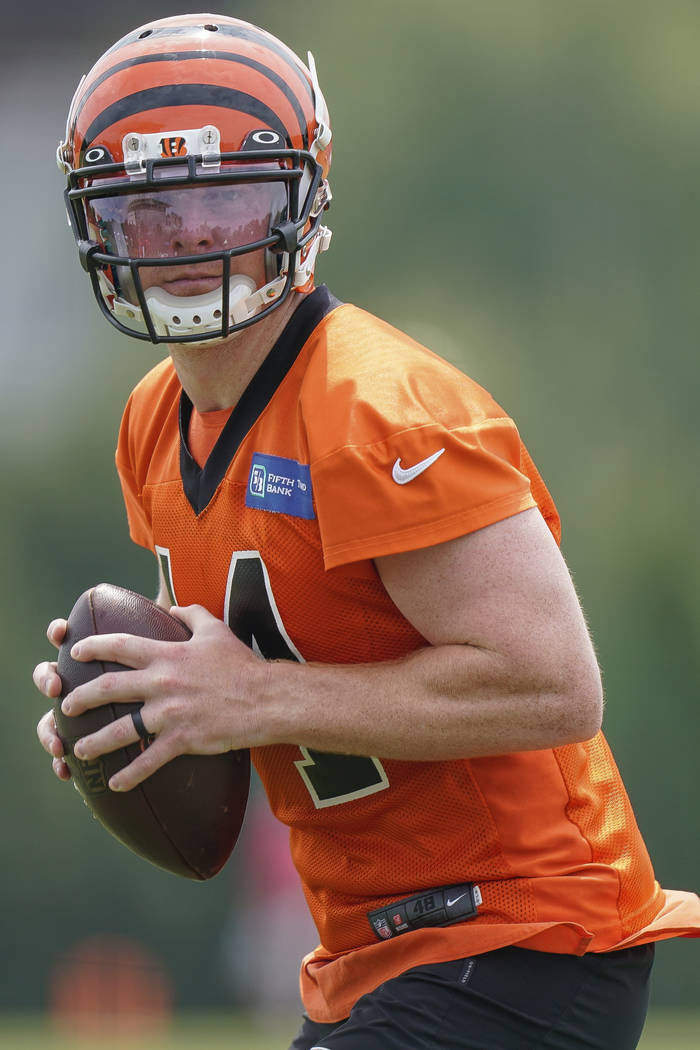 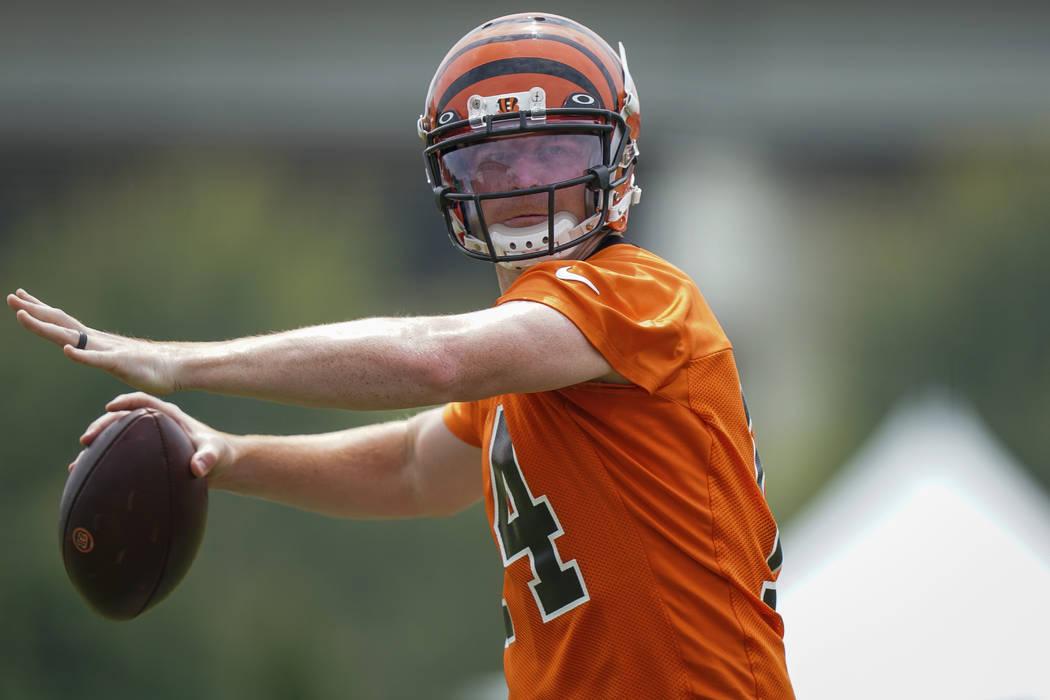 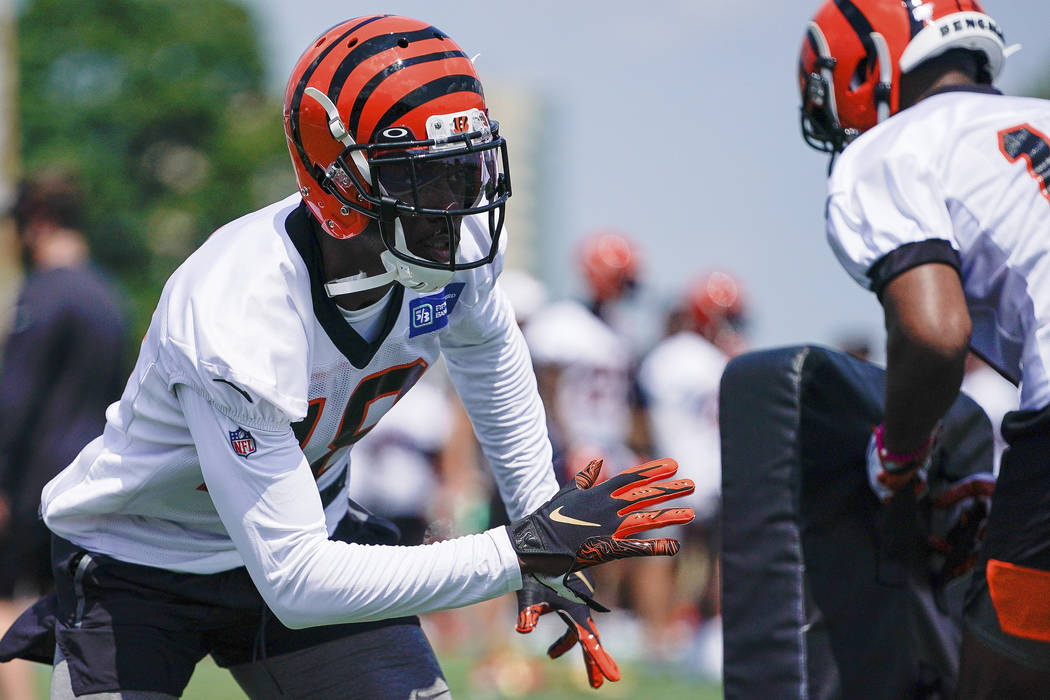 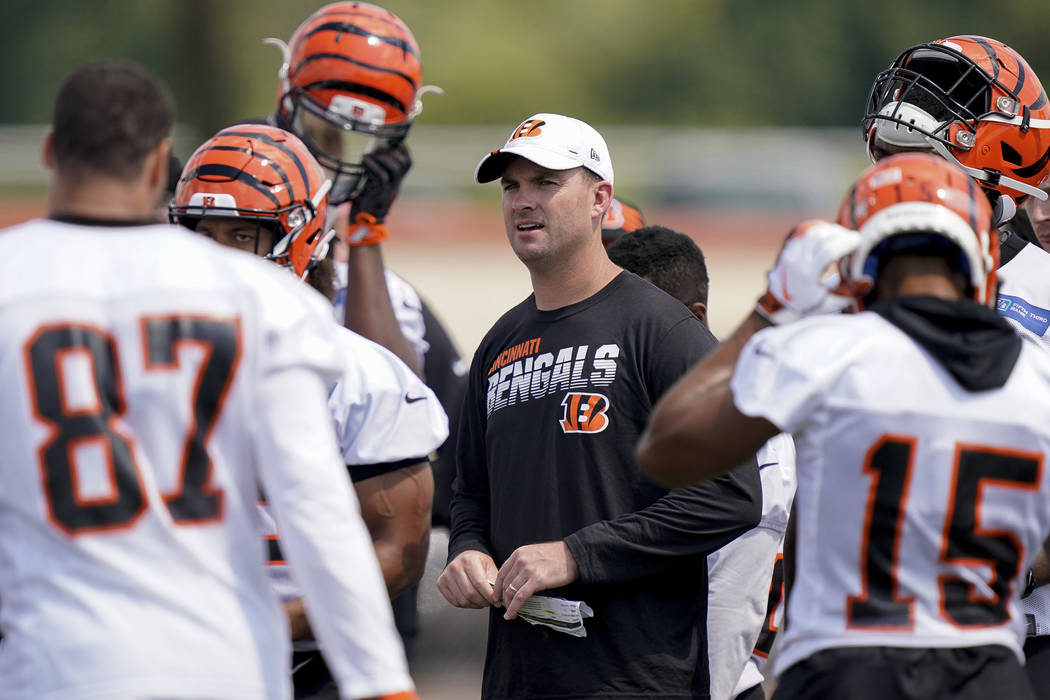 This is the fourth in a series of 32 NFL team betting previews in 32 days leading up to the league’s Sept. 5 season opener. We’ll count down the teams from the lowest season win total to the highest.

Despite going 0-7 in the playoffs, Marvin Lewis entered last season as the second-longest tenured NFL coach behind Bill Belichick.

But after Cincinnati’s third consecutive losing season, Lewis was fired by the Bengals after 16 years. He was replaced by rookie coach Zac Taylor, 36, who was the Rams’ quarterbacks coach last season.

“Cincinnati is going to be dramatically improved,” he said. “Marvin Lewis was one of the worst coaches in NFL history. This Cincinnati team has got a decent roster. I wouldn’t be surprised if they’re better than people think.

“It’s a matter if the coach can get everything cleaned out.”

Salmons said the Westgate has taken some money on the Bengals to win their division. Cincinnati is a 20-1 long shot to win the AFC North, where the Browns and Steelers are plus 140 co-favorites and the Ravens are the 7-2 third choice.

In 15 of the past 16 years, at least one NFL team has gone from worst to first in its division. But Cincinnati will be hard-pressed to extend that trend.

The Bengals have one of the league’s lowest win totals at 6 after finishing 6-10 last season. Cleveland and Pittsburgh each has a win total of 9, and Baltimore is at 8½.

“The Bengals are the fourth-best team in their division,” Sunset Station sportsbook director Chuck Esposito said. “Cleveland is dramatically improved. I like what the Ravens did in free agency and the draft. And Pittsburgh will be without the distractions of Le’Veon Bell and Antonio Brown.”

Other than Taylor, Cincinnati didn’t make any notable additions to a team that finished in the bottom half of the league in scoring, averaging 23 points, and 30th in scoring defense, allowing 28.4 points per game.

Quarterback Andy Dalton returns to direct an offense that already has been hit hard by injuries. Seven-time Pro Bowl wide receiver A.J. Green is expected to miss six to eight weeks as he recovers from ankle surgery, and rookie left tackle Jonah Williams — the No. 11 pick in the NFL draft — had season-ending shoulder surgery.

Cincinnati does have bright spots in reigning AFC rushing leader Joe Mixon and receiver Tyler Boyd, who is coming off a breakout season. Tyler Eifert also returns, but the oft-injured tight end has started only four games the past three seasons.

“They’ve got a rookie coach, and their most dynamic offensive player, A.J. Green, is out for who knows how many games,” Esposito said. “He only played nine games last year, and they really struggled in games he didn’t play. I like Mixon a lot. He can take the next step and be elite. But they’re way behind the other teams in the AFC North.

“Even with Green, it would be tough to get to six wins. Without him for multiple regular-season games, I’d say under 6.”