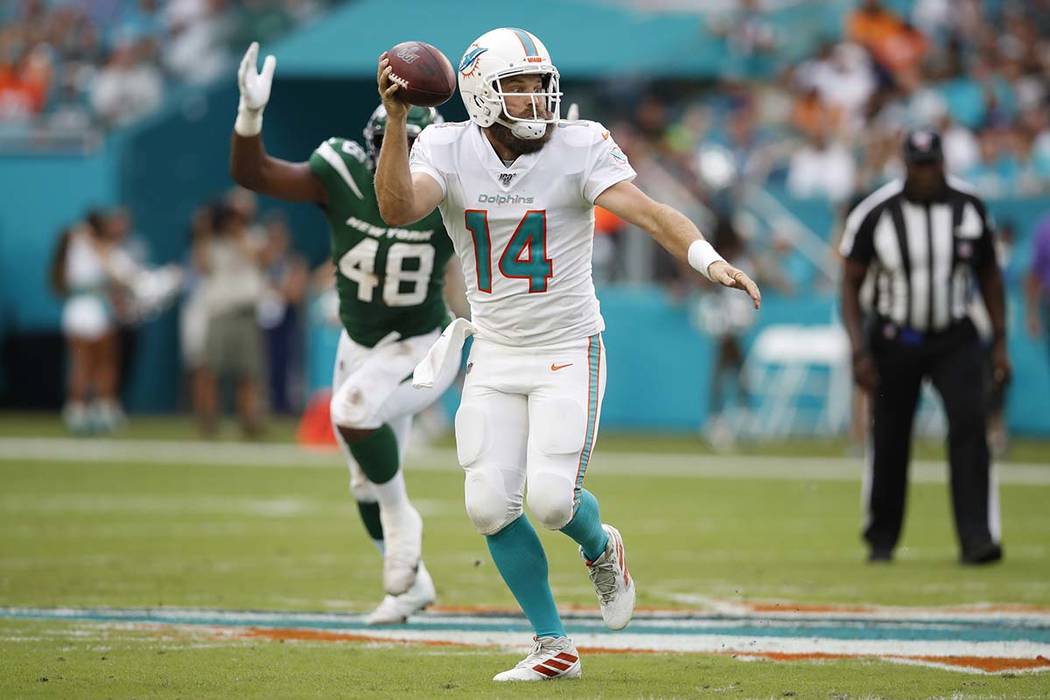 Miami at Cleveland (-10½, 45½): The Dolphins have covered five of their last six games with Ryan Fitzpatrick at quarterback, including three straight on the road. The Browns are 3-6-1 against the spread this season and 1-4-1 ATS in their last six games. Edge: Dolphins.

Oakland (-3, 46½) at New York Jets: The Raiders have covered five of their last seven games, and the over is 6-4 in Oakland games this season. The Raiders have had three games as favorites since last season (2-1 in the role). The last four Jets games have gone over the total. Edge: Over and slight to Raiders.

Carolina at New Orleans (-10, 47): The Panthers are 5-3 ATS in their last eight games but have not covered their past two. They are 2-2 as road underdogs this season after an 0-3 record in the role last season. The Saints have won and covered seven of their last eight games. The last five meetings at the Superdome have gone over the total. Edge: Over.

Detroit (-3½, 40½) at Washington: The Lions haven’t covered their last five games, but the Redskins are 2-8 ATS since late 2018. The under is 6-1 in the last seven Washington games. Edge: Slight to under.

Jacksonville at Tennessee (-3½, 41½): The Jaguars have lost and failed to cover their last four games at Tennessee. The home team has covered the last five Titans games, and Tennessee is 3-0 in its past three games at home. The last four Titans games and Jacksonville’s past four road games have gone over the total. Edge: Over and slight to Jaguars.

Dallas at New England (-6½, 45): Dallas is 7-6 ATS in regular-season road games since last season, and the over is 8-3 in the Cowboys’ past 11 regular-season games. New England is on a 16-4 spread run at home and 15-4 under run in the regular season. Edge: Patriots and slight to under.

Baltimore (-3, 46½) at Los Angeles Rams: The Ravens are 4-1 straight up and ATS on the road this season and 7-1 ATS in their last eight road games. The Rams are 3-6 ATS in their last nine home games. Edge: Ravens.