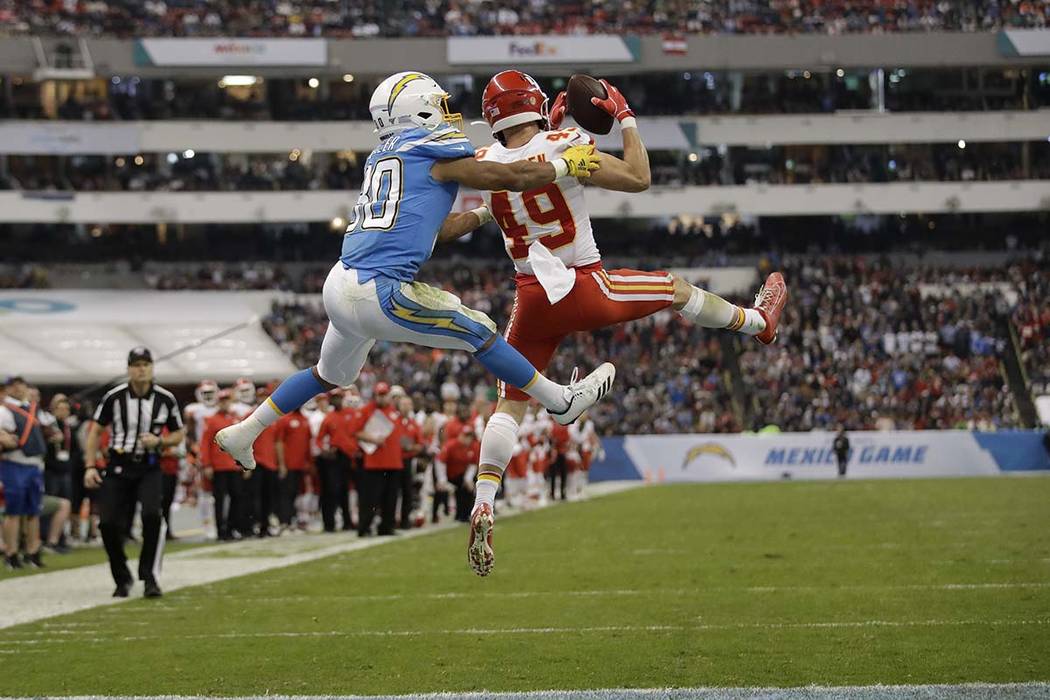 Washington at Carolina (-10, 39): The Redskins are 4-7 ATS this season and 6-11 in their last 17 games. The Panthers are 6-3 ATS in their last nine games. The under is 8-4 in Washington games since late last season. Edge: Under and slight to Panthers.

San Francisco at Baltimore (-5½, 46½): The Ravens have won their last seven straight up and covered five in a row. The Ravens are 3-7-1 ATS in their last 11 home games, but they’ve covered their last two at home. The 49ers are 3-0 as an underdog this season, and four of their last five games have gone over the total. Edge: Over and slight to 49ers.

Tennessee at Indianapolis (-1, 43): The Titans are 1-3 ATS in their last four road games, and the home team has covered the past six Tennessee games. The Colts have won and covered the last three meetings. Edge: Colts.

Oakland at Kansas City (-10, 51): The Chiefs are 9-1 straight up in the last 10 games in the series and have won six straight against the Raiders at Arrowhead Stadium. Kansas City also has covered four of the last six when hosting Oakland. The Chiefs are 2-7 ATS in their last nine regular-season home games. Oakland is 5-1 as an underdog this season. Six of the last eight meetings have gone under the total. Edge: Slight to Chiefs and under.

Tampa Bay (-2, 47½) at Jacksonville: Ten of the last 12 Buccaneers games have gone over the total. The over is 7-4 in Jacksonville games this season. Edge: Over.

Cleveland (-2, 38½) at Pittsburgh: The Browns have covered five of the last six games in the series, but are 4-6-1 ATS this season. The under is 9-3 in Steelers games since late 2018. Edge: Under and slight to Browns.

New England (-3, 45½) at Houston: The Patriots are 4-0 straight up and 3-1 ATS against the Texans in the last four seasons. Houston is 1-4 ATS at home this season and 2-6 in their last eight home games. The under is 9-4 in Houston games since last season. New England is 8-3 ATS in its past 11 games, and 16 of its last 20 games have gone under the total. Edge: Patriots and under.