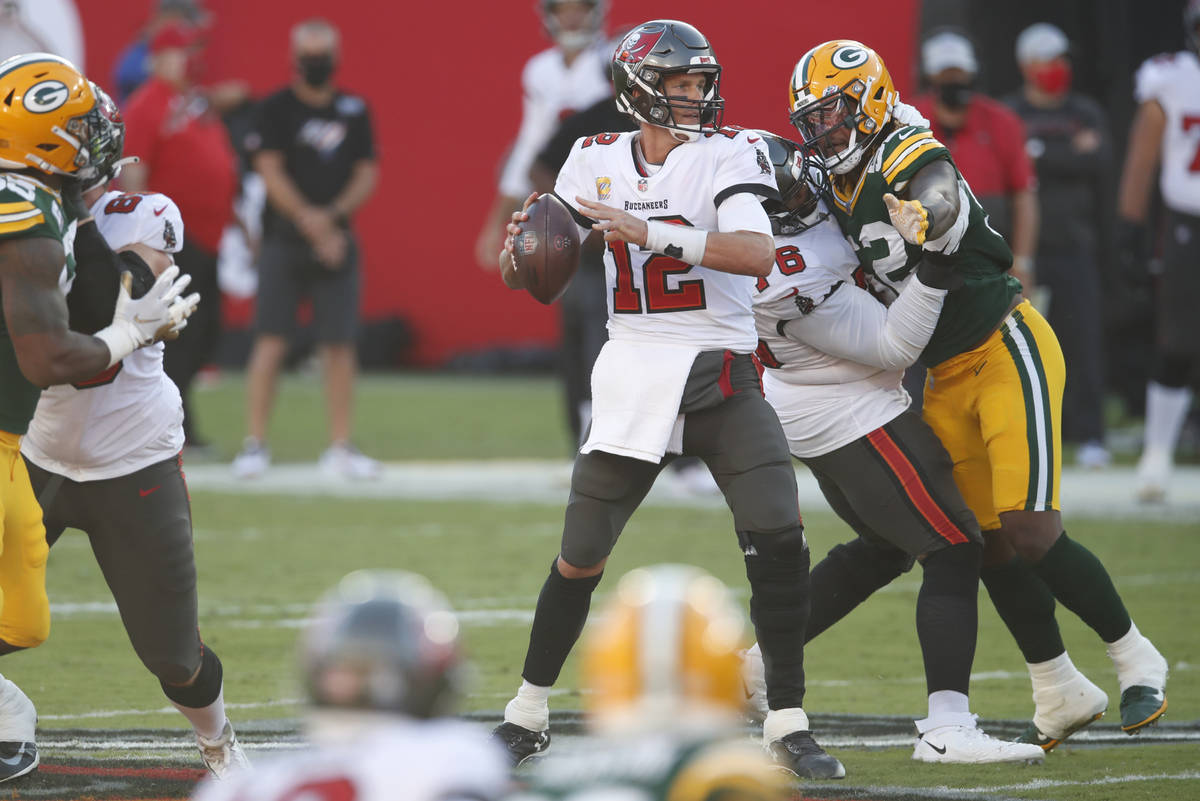 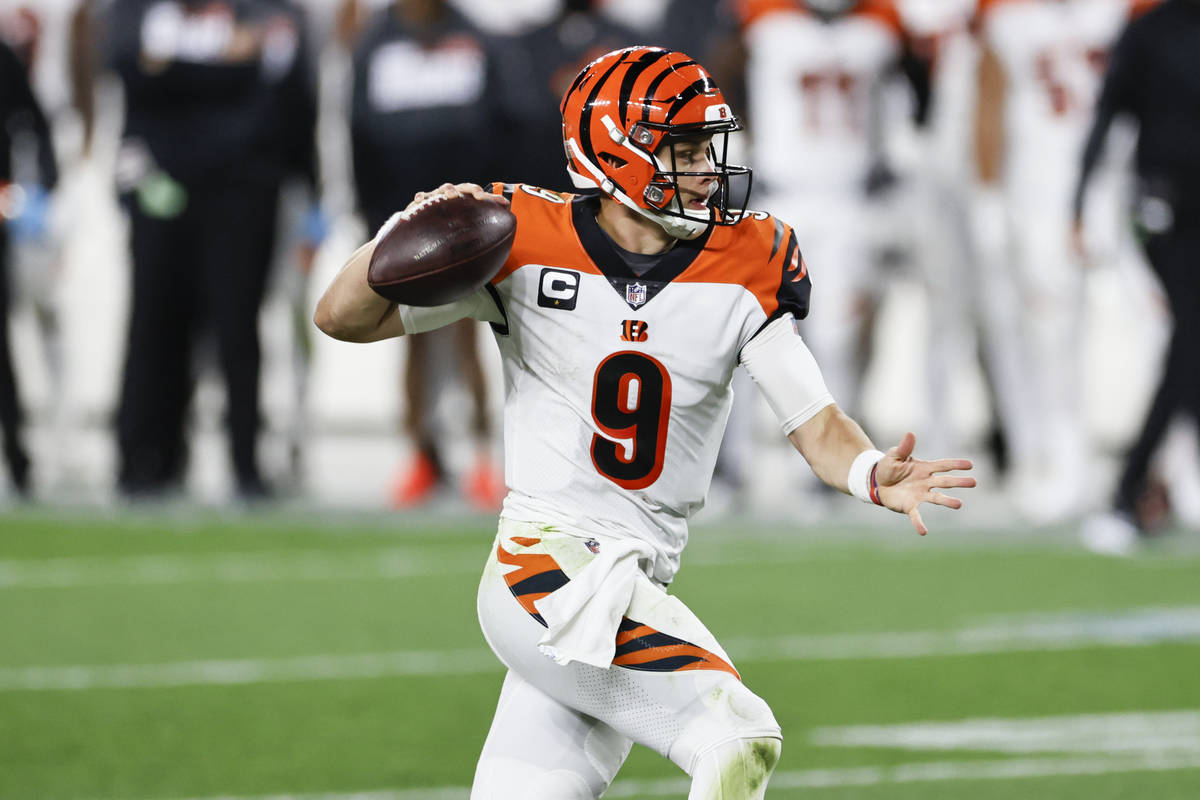 Cincinnati Bengals quarterback Joe Burrow throws during the second half of an NFL football game against the Cleveland Browns, Thursday, Sept. 17, 2020, in Cleveland. (AP Photo/Ron Schwane)

Cleveland (-3, 50½) at Cincinnati: The Bengals have covered 10 of the last 12 meetings, including Sept. 17 at Cleveland. The Browns have covered three of their last four games after a 5-12-1 spread skid in the previous 18 games. Cincinnati has covered four if its last five games. Four of the Browns’ last five games have gone over the total, and the over is 7-3 in Cleveland games since late 2019. The over is 5-0-1 in the last six meetings. Edge: Over and Bengals.

Carolina at New Orleans (-7, 50½): The Panthers have won and covered three of their past four games, and they also have covered three of the last four in the series. The Saints are 2-6 ATS in their last eight home games. The over is 11-6-1 in Carolina games since early 2019, and the last seven Saints regular-season games have gone over the total. Nine of the last 11 meetings also have gone over. Edge: Over.

Pittsburgh at Tennessee (-1½, 50½): The Titans are 14-4 straight up with Ryan Tannehill at quarterback, and the over is 14-4 in those games. Eight of the Steelers’ last nine road games have gone under the total. Pittsburgh is 10-2 as an underdog since 2018. Edge: Over.

San Francisco at New England (-2, 44): The visiting team is 5-1 ATS in 49ers games this season, and San Francisco has covered eight of its last 10 road games. The 49ers are 5-0 as underdogs since last season. The Patriots are 3-5 ATS in their last eight home games. Edge: 49ers.

Chicago at Los Angeles Rams (-6, 45): Matchups between these teams have gone way under the total the past two seasons. The Bears are 3-0 ATS on the road and 4-1 ATS as an underdog this season. The under is 21-8 in Bears games since late 2018. Edge: Under and slight to Bears.