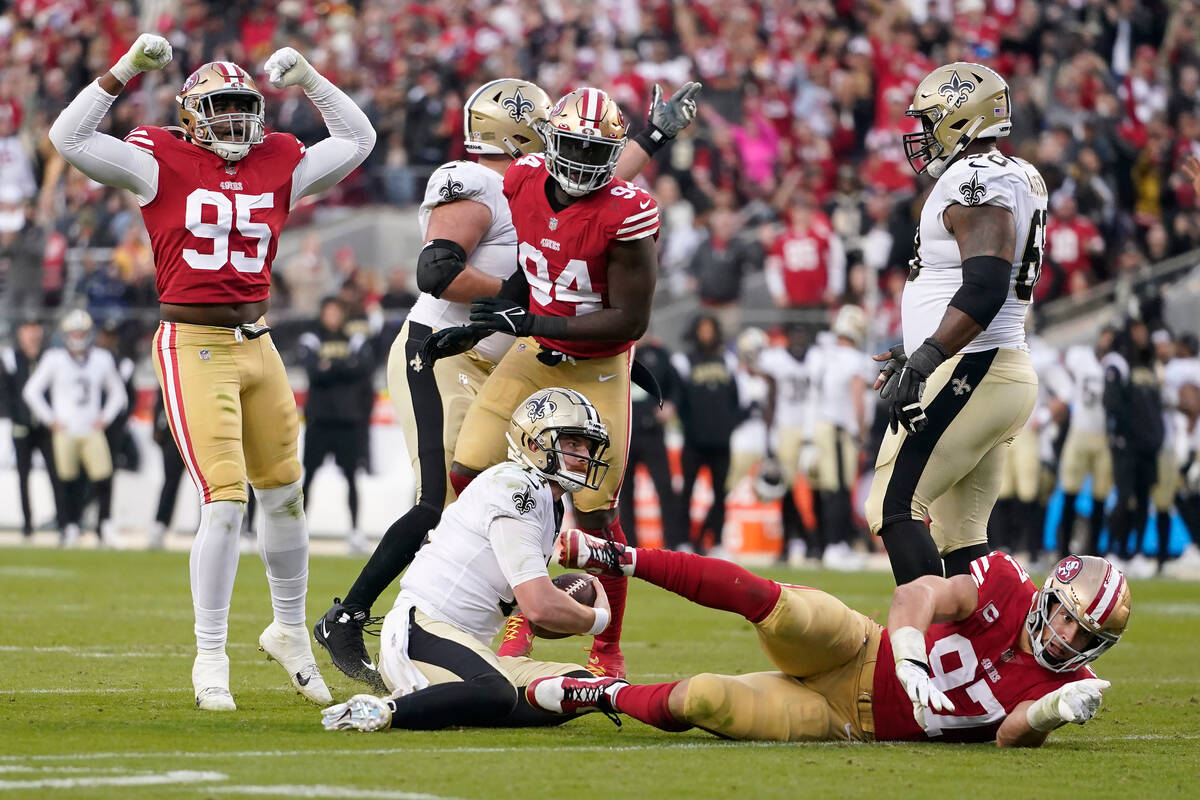 When the Dolphins and 49ers squared off in the 1985 Super Bowl, a shootout was expected between Hall of Fame quarterbacks Dan Marino and Joe Montana.

But the San Francisco defense stole the show, shutting down Miami’s explosive passing attack in a 38-16 win.

The 49ers are 4-point favorites over the Dolphins, who have scored 30 points or more in four straight games, all wins, and are sixth in the NFL in scoring (25.6 points per game).

On the flip side, the Niners have allowed only 10 points per game during their four-game winning streak and lead the NFL in scoring defense, allowing an average of only 15.7 ppg.

Whitelaw said San Francisco is his best bet this week, and I agree. The Niners have several dangerous offensive weapons of their own, led by Christian McCaffrey and Deebo Samuel, and their already stout defense will be bolstered by the return of defensive tackle Arik Armstead.

“The Dolphins have been scoring a lot, but now they’re going up against one of the better defenses in the NFL,” Whitelaw said. “They’re going to have a very difficult time scoring what they’ve been scoring, coupled with the fact that San Francisco is going to be able to run on them. Miami really isn’t great defensively, and the 49ers are a different team with McCaffrey.

“And they’re getting back Armstead, who is a great defensive lineman. Instead of double-teaming (Nick) Bosa, they’re really going to have a hard time. (Quarterback Tua Tagovailoa is) not going to have a lot of time to throw in this game. San Francisco has got a great front.”

The Niners are riding a 6-1 ATS run as home favorites, while the Dolphins are on a 1-3 spread skid on the road. Take San Francisco.

VIKINGS (-3) over Jets: Minnesota isn’t as good as its 9-2 record, but New York isn’t as good as its 7-4 mark, either. The Vikings have won five of their six home games, with the lone loss to the Cowboys, and are well-rested after beating the Patriots on Thanksgiving. Minnesota also is 8-0 straight-up as a favorite this season and has covered six straight nonconference games.

Titans (+4½) over EAGLES: Tennessee saw its eight-game cover streak end in last week’s 20-16 loss to Cincinnati. No shame in that. Philadelphia snapped an 0-3 ATS skid in Sunday night’s win over Green Bay. Reigning NFL Coach of the Year Mike Vrabel is 15-4 ATS as an underdog of four points or more and is 9-4 ATS following a loss. The Titans can run the ball with Derrick Henry and rank seventh in scoring defense (18.6 ppg).

Commanders (-2) over GIANTS: Washington is another well-coached team under two-time NFL Coach of the Year Ron Rivera that has won six of seven while going 6-0-1 ATS. Commanders quarterback Taylor Heinicke is riding a 7-0-1 cover streak as a starter against a New York team that has lost three of its last four. Washington ranks 10th in scoring defense (19.7 ppg) and might get pass rusher Chase Young back.

Packers (-3) over BEARS: Green Bay has been abysmal. But so has Chicago. The Packers have covered seven straight against the Bears, and Aaron Rodgers is 22-7 ATS in his career against Chicago, including 11-3 on the road. We’ll roll the dice on the short price.