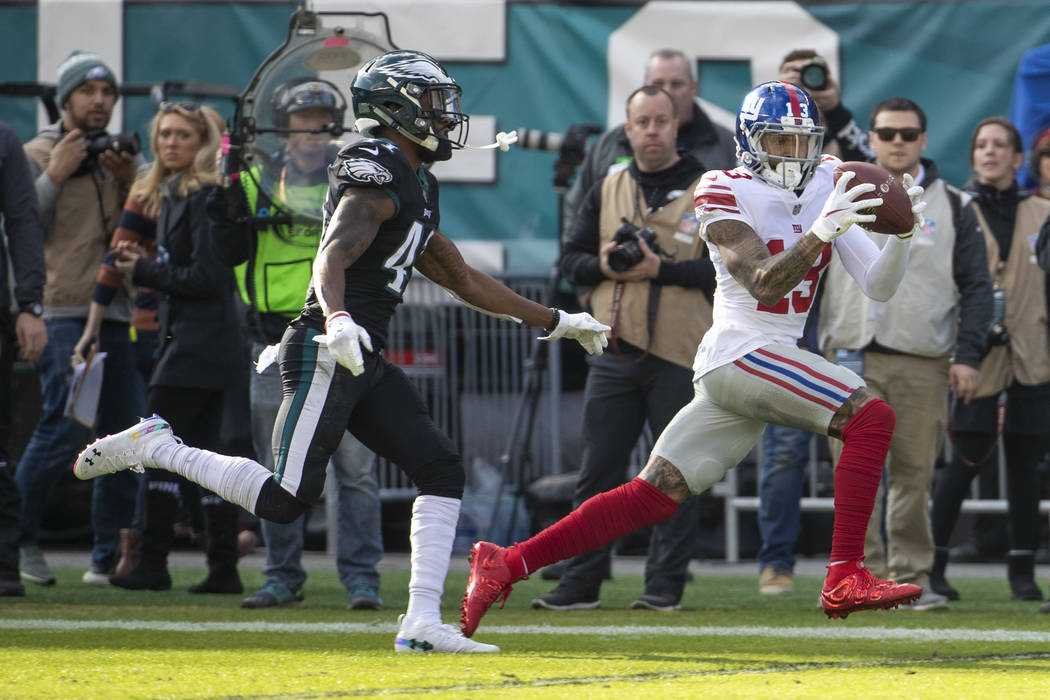 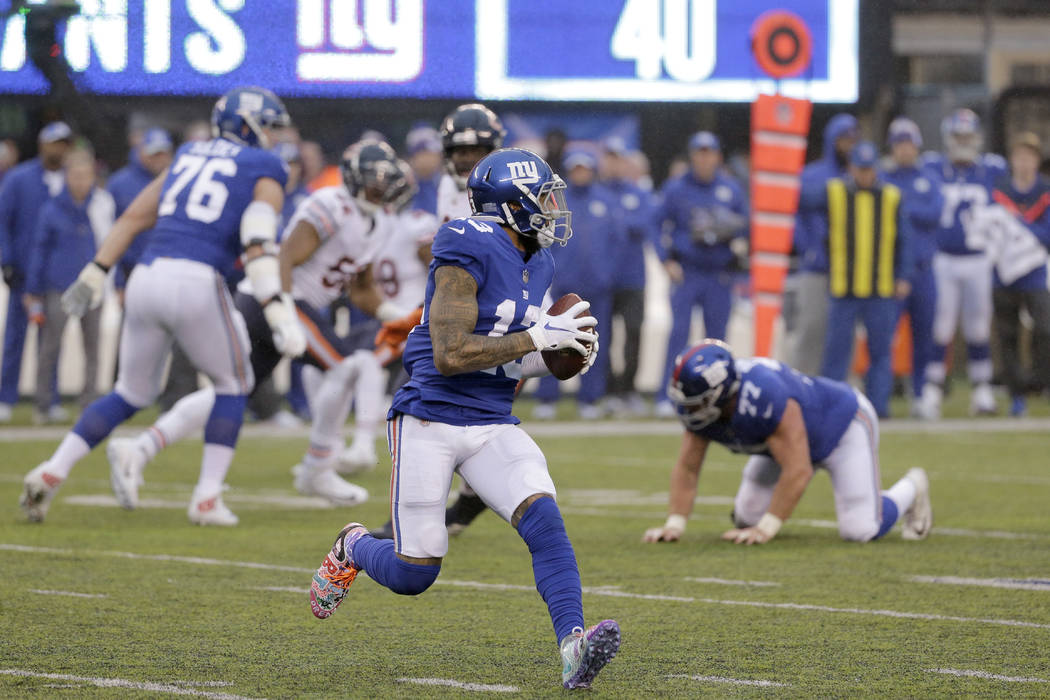 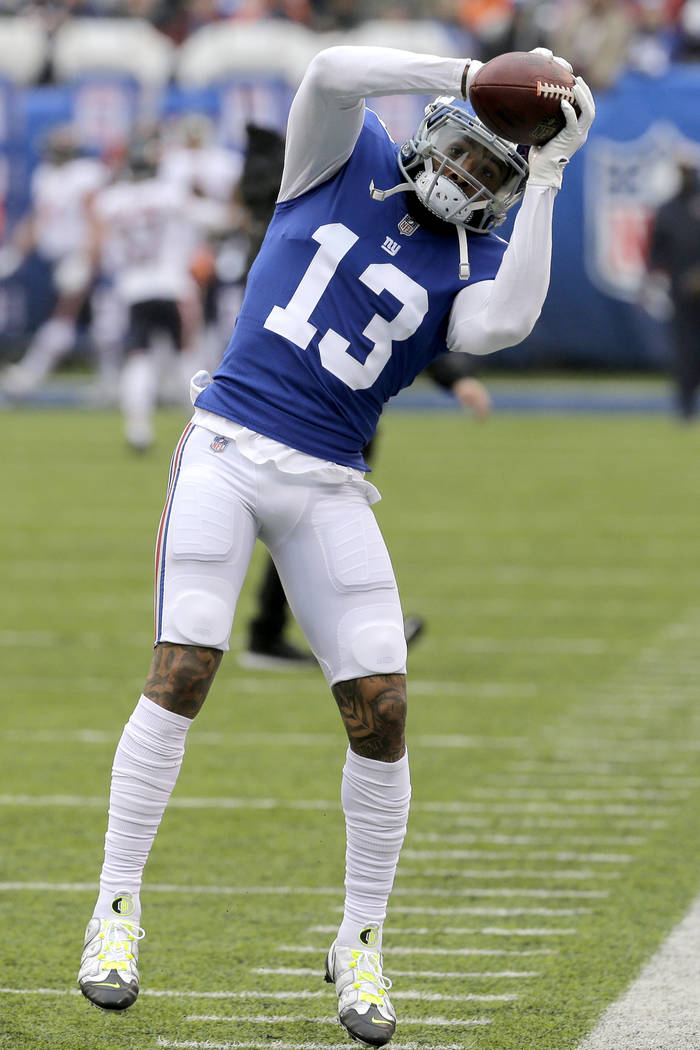 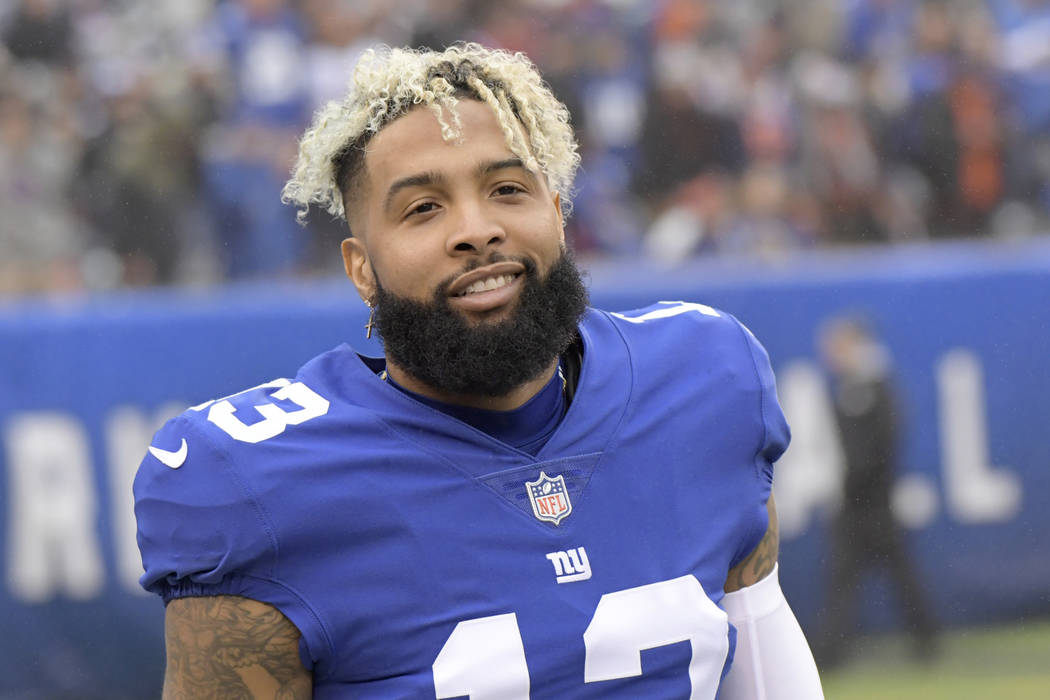 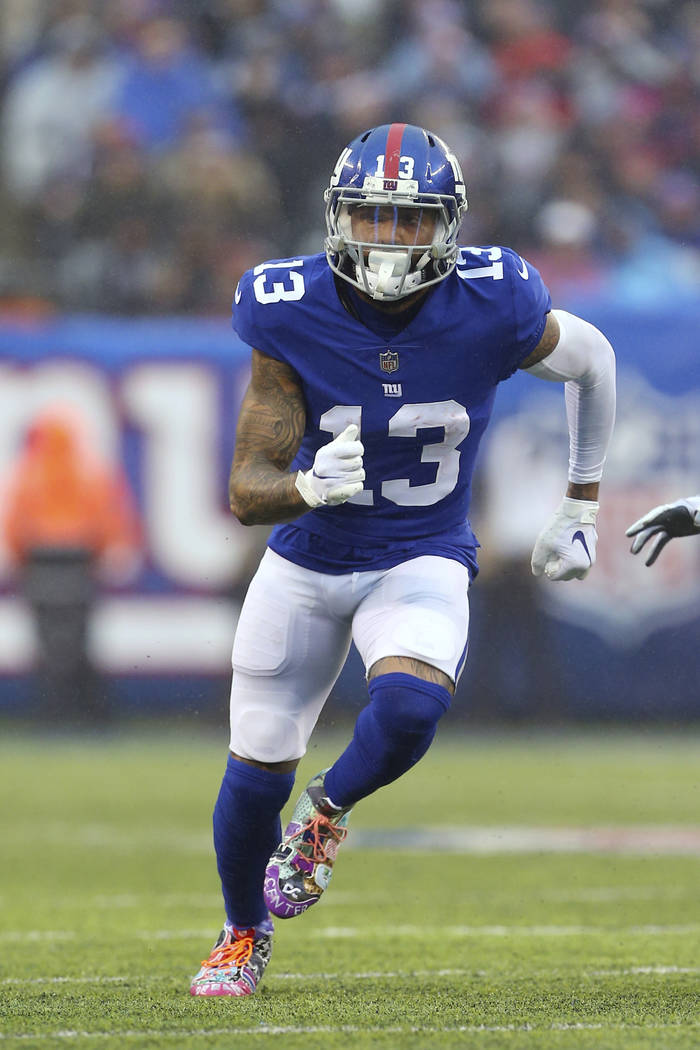 The Cleveland Browns have finished last in the AFC North in nine of the past 11 seasons and haven’t won their division since 1989, when it was called the AFC Central.

But the Browns are suddenly the favorites to win the AFC North after acquiring wide receiver Odell Beckham Jr. on Tuesday from the New York Giants.

Cleveland began the day tied with division rivals Pittsburgh and Baltimore at 12-1 odds at the Westgate sportsbook to win the AFC title. When the Beckham news broke, the Browns ascended to the 7-1 third choice to win the AFC behind the Chiefs and Patriots, the 3-1 co-favorites.

Division odds won’t be posted at Las Vegas books until after the NFL draft, but Cleveland is now the highest-rated team in its division.

“The Browns are clearly the best team in the AFC North right now,” Sunset Station sportsbook director Chuck Esposito said. “It’s kind of the perfect storm for them. They have a really young, aggressive quarterback in Baker Mayfield, arguably one of the best young running backs in the league in Nick Chubb, and they’re adding Beckham to (receiver) Jarvis Landry and (tight end) David Njoku.

“They have an explosive offense, and look at the other three teams in the AFC North: the Steelers don’t have (Le’Veon) Bell and (Antonio) Brown, the Ravens just lost four guys on defense and then there’s the Bengals. Enough said.”

“We have people betting the Browns at 14-1,” Westgate sportsbook manager Ed Salmons said. “The Browns are always a popular future book team. We had seen smaller money on the Browns to win the Super Bowl, and that’s going to keep coming.”

The Browns went 7-8-1 last season after going 4-44 the previous three years and haven’t made the playoffs since 2002.

Salmons has been high on Cleveland the past two seasons but doesn’t expect them to reach the 2020 Super Bowl.

“I don’t think so. It’s going to take them a year to learn,” he said. “I think next year is Kansas City’s year. I’d be shocked if they don’t get in the Super Bowl next year.”

On the flip side of the trade, the Giants, who also previously traded pass rusher Olivier Vernon to Cleveland, saw their Super Bowl odds go from 35-1 to 60-1 at Station Casinos, from 40-1 to 60-1 at William Hill and from 40-1 to 80-1 at the Westgate.

“The Giants were short to begin with because every year we get buried with Giants money to win the Super Bowl,” Salmons said. “But after these moves, it looks like a total rebuild job.

“I’m not really sure what the Giants are doing right now. It seems odd to keep Eli Manning and get rid of Beckham. You don’t find guys like him out in the street. At this stage, they might as well draft a quarterback and cut Eli.”