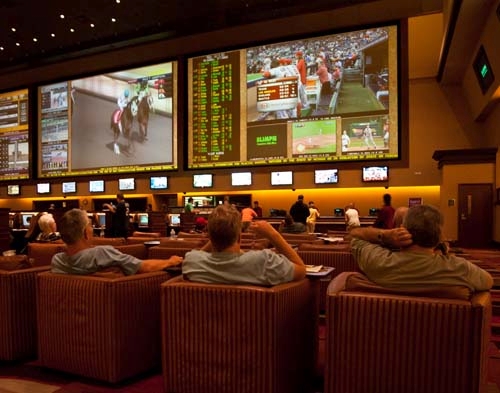 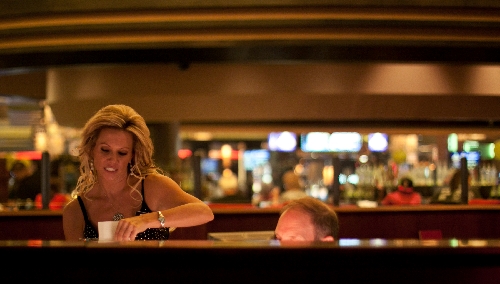 Sports bettors can be a very demanding group.

Spend any time with them, and between telling stories of hitting a $10,000 exacta or winning a Super Bowl bet, you’ll get an earful of what’s wrong with any race and sports book in Las Vegas.

Many complain the odds are poor. While others say some books won’t take large bets, other books don’t offer enough lines or don’t even bother posting lines for so-called second-tier sports.

The biggest complaint, however, is how they earn comps in Las Vegas sports books.

With recent industry consolidation and a tougher economic environment, earning comps on sports bets is becoming tougher, or, in other words, more expensive.

"The comps have really dwindled … with each property being different," said Mark Goldman, director of race and sports operations at Cantor Gaming.

Goldman, who began his career in 1976 when hotel rooms cost $99 compared with today’s rates as high as $600 a night, said it takes a lot of betting before players are offered comps.

Cantor Gaming, which operates seven sports books, including the Cosmopolitan of Las Vegas and the Palms, offers race comps of 2 percent on win, place or show bets and 5 percent on exotics, such as daily doubles or exactas.

Other major players in the business are William Hill, the LVH-Las Vegas Hotel & Casino and Station Casinos.

Each casino’s or sports book’s projected hold on bets compared to its potential loss in comps is a calculation that is used to figure out the most popular comp – the free drink.

A point missed by many gamblers is when they receive a free drink at a slot machine there is an expectation of continual and constant play where as in a sports book they might make a $20 bet and watch an NFL game for three hours.

At Cantor Gaming, complimentary drink tickets for horse racing are handed out at $50 wagered in total, while on the sports betting side a free drink costs on average $300 in total bets.

Station Casinos hands out a free drink ticket on sports wagers of $20 or more.

Jay Kornegay, vice president of race and sports book operations at the LVH SuperBook, said drinks are always free at the LVH as long as a gambler has an active ticket.

Some casinos have adopted a rewards system that is tied into its players’ club program. Gamblers can use their cards while placing a bet and will build points, though usually not at the rate they’ll see when they insert their card into a slot machine.

Since it introduced a new Boarding Pass card in September, Station Casinos has run its race and sports book comp program through its loyalty card program. Highlights of the comp program include: $1 wagered equals 1 point for sports wagers; $1 wagered equals 10 status credits on race bets; and there is a multiplier offer of two-times points on sports parlays.

The program allows members to use their points for hotel rooms, dining, concerts, free slot play, free race and sports book wagering and cash back. Station Casinos operates 16 sports books and manages the book at the El Cortez in downtown Las Vegas.

In a statement, the company said gamblers can earn and redeem points for sports book play at the El Cortez, but those points do not transfer over to Station Casinos and vice versa.

At the LVH, for instance, the comp system awards $1 for every $220 of sports play, but it takes just $33 in race bets to earn the same reward.

Kornegay said it is about treating your players right. But it’s also about making a profit.

"We’ve kept it pretty much the same for 23 years," Kornegay said. "We’ve made some adjustments over the years to recover costs, but that’s it."

The problem is the independent operators – Cantor Gaming and William Hill – can’t comp a drink as easily because they have no chance of making it up on the food and beverage or on slots.

"It’s difficult when you have a different operator running the casino than you do the book," said Vic Salerno, chief technology officer and chairman of the board at William Hill in Las Vegas. "There is an automatic conflict between the two businesses."

He said the reality is offering major comps for placing a $20 bet on the Washing­ton Redskins at plus-4 doesn’t pay the bills.

"I think it’s up to the individual sports book on how they handle comps," Salerno said.