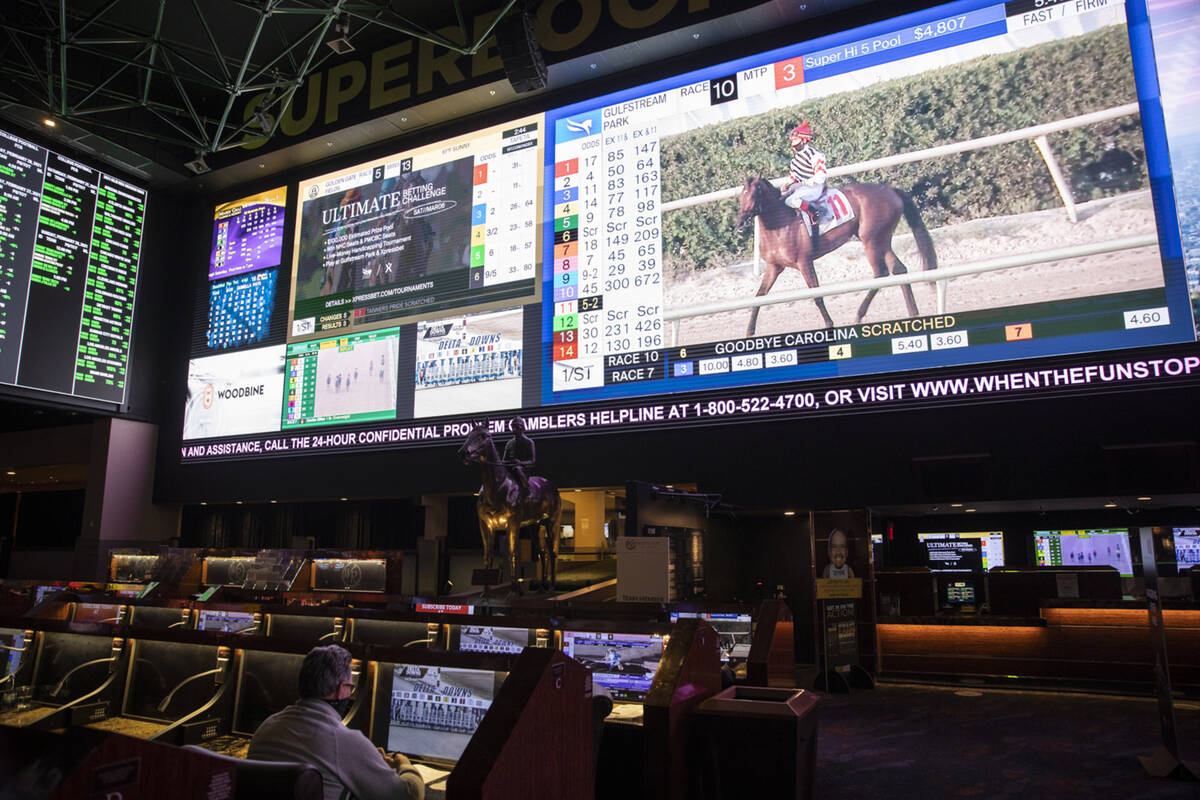 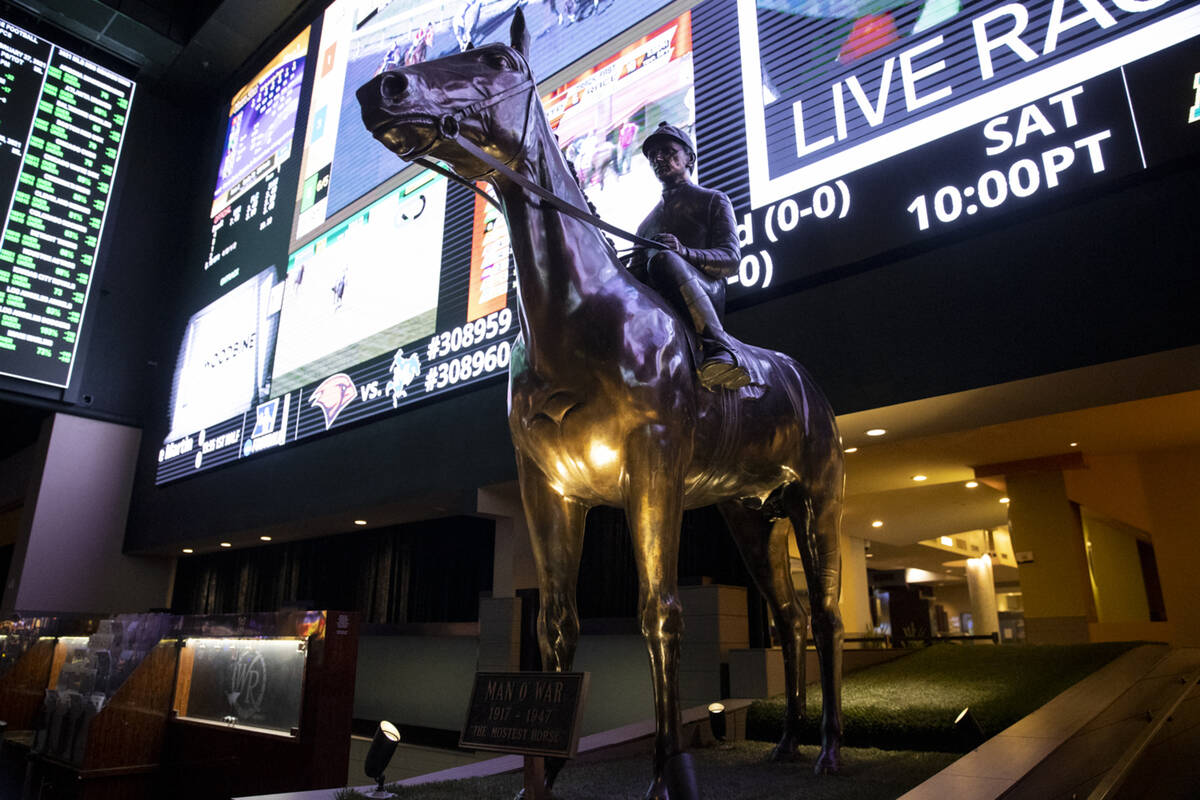 A statue of Man o' War, considered one of the best racing horses in history, at the Westgate sportsbook in Las Vegas, on Thursday, Feb. 25, 2021. (Erik Verduzco / Las Vegas Review-Journal) @Erik_Verduzco 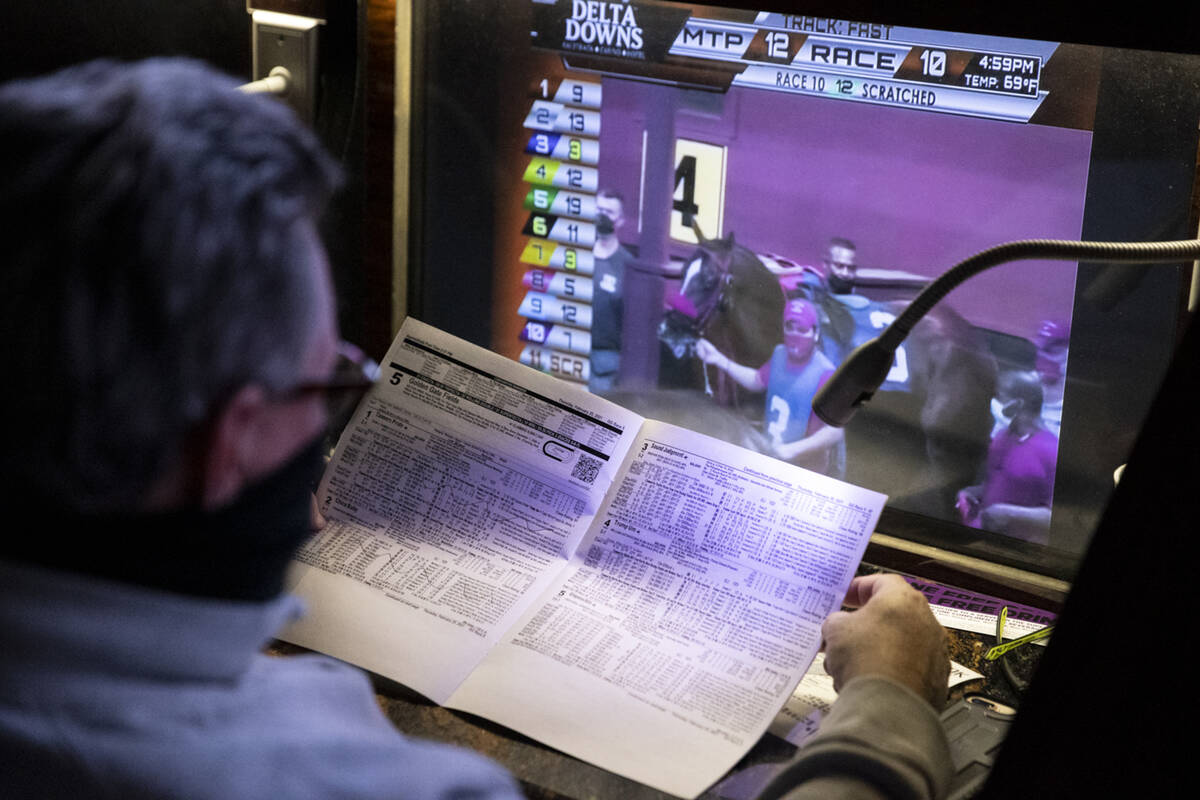 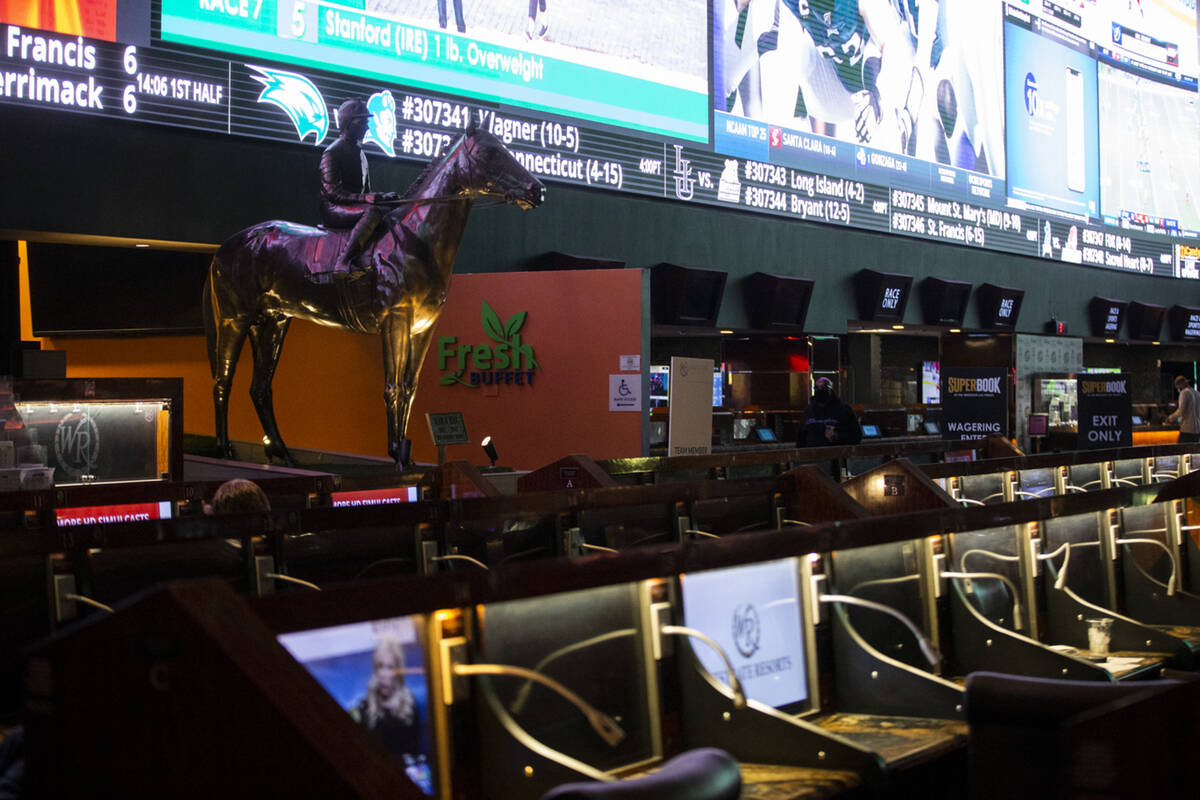 Nevada racebooks and Churchill Downs Inc. have signed a contract, ending a long-running dispute over the racetrack’s simulcast signal.

The development is expected to allow horseplayers in the Silver State to enjoy the full wagering menu on this year’s Kentucky Derby for the first time in three years.

The deal between the Louisville racetrack operator and the Nevada Pari-Mutuel Association was announced Tuesday and was being sent to Nevada gaming regulators for approval.

No details on the terms of the agreement were immediately available.

A separate contract with the Nevada Disseminators Service, which distributes racing simulcasts to the state’s casinos, is required before betting on Churchill Downs races can resume in the state. However, that also is expected to be finalized in the coming days — well before the 148th Run for the Roses on May 7 and possibly in time for the opening of Churchill Downs spring meet on Saturday.

Michael Lawton, a spokesman for the Nevada Gaming Control Board, said members have reviewed the contract and raised no concerns.

“Therefore, barring any unforeseen circumstances, it appears that the board will likely approve parimutuel wagering at Churchill Downs, which would include the Kentucky Oaks and Kentucky Derby races, sometime this week,” he said. “We are thrilled that the Nevada horseplayers will have access to these premier races,” Churchill Downs Inc. said in a statement confirming the agreement.

The Nevada Pari-Mutuel Association did not immediately respond to a request for comment.

The dispute over how much casinos in the Silver State should pay for the Churchill Downs’ simulcast signal dates to Oct. 27, 2019, and has since prevented racebooks from taking bets on races from the famed Louisville racetrack. For a time, it also led to a blackout of other tracks owned or distributed by the company, including the Fair Grounds, Turfway Park and Oaklawn Park.

There was one big exception.

Under a workaround approved by state gambling regulators, racebooks for the past two years have been allowed to take wagers on “nationally televised races” from Churchill Downs — a carve-out designed specifically to allow for betting on the Kentucky Oaks, the Derby and other graded stakes on the two cards included in the NBC broadcast.

But because the racebooks were not able to co-mingle wagers with the Churchill Downs parimutuel pools, they were forced to book the bets themselves. To limit potential losses on horse racing’s biggest day, most opted to pay full odds on win, place and show bets but cap payouts on Daily Doubles, Pick 3s, exactas and trifectas. And they did not offer other potentially more lucrative exotic wagers at all.