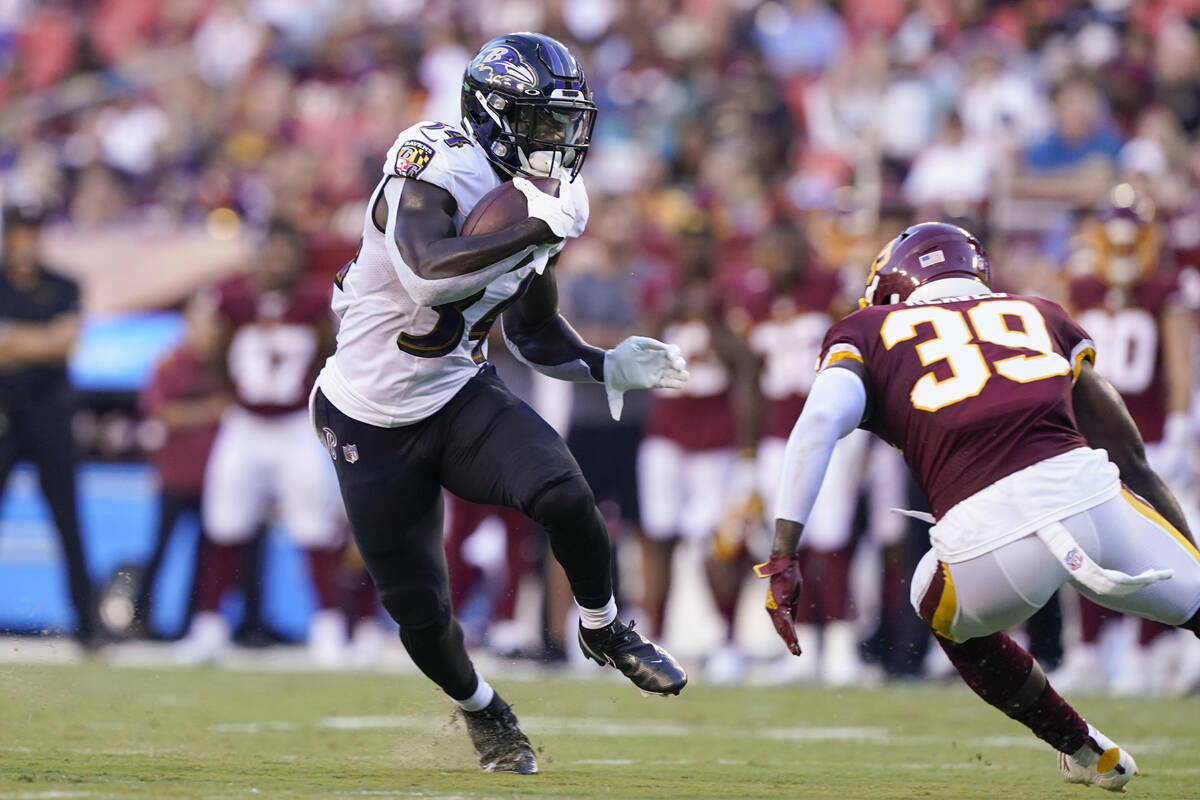 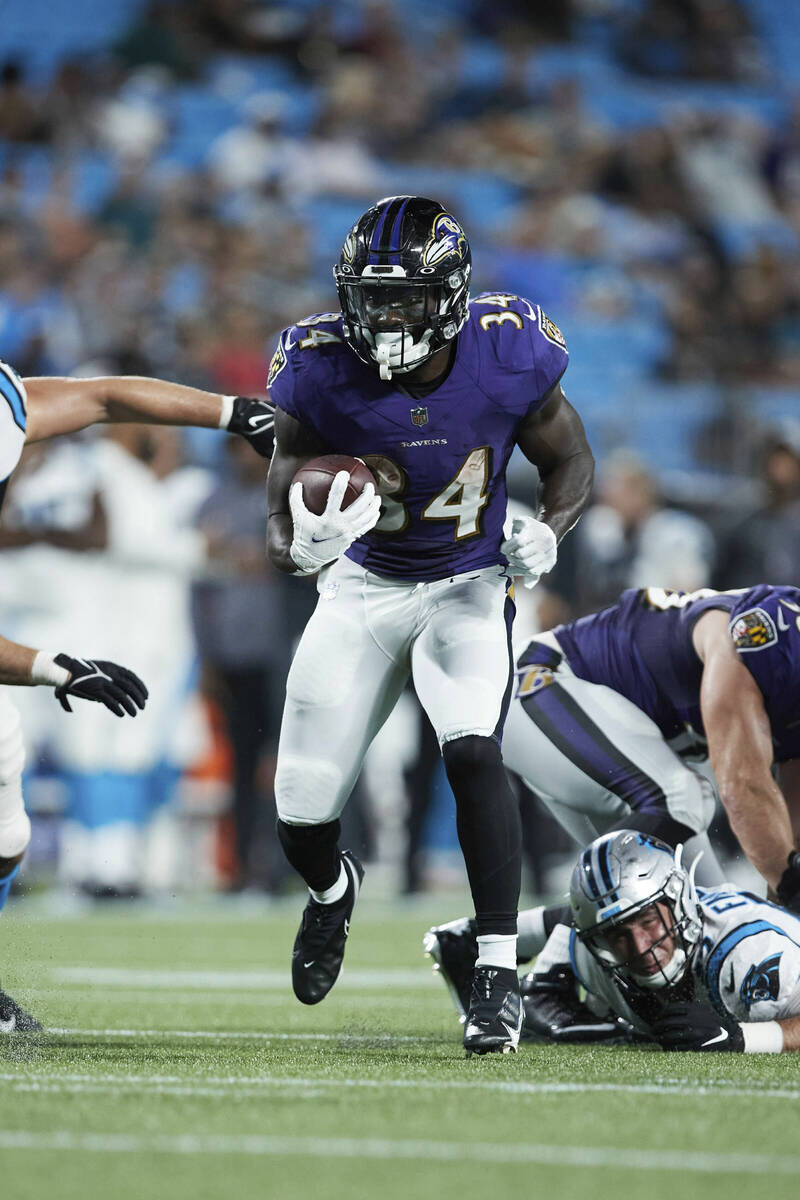 Amid a rash of injuries on the Ravens, the line has dropped on the Raiders’ season opener against Baltimore at Allegiant Stadium on “Monday Night Football.”

The South Point and Station Casinos each lowered the line to 3½.

“I moved it based on the news,” South Point sportsbook director Chris Andrews said. “We’re about even on the action, but the Ravens could be in a little trouble with all the injuries they’ve had. I thought the number was a little too high.”

Baltimore running back J.K. Dobbins tore his ACL on Aug. 28, and running back Justice Hill tore an Achilles tendon Sept. 2. The Ravens are set to start Ty’Son Williams, who has no NFL carries, at running back in Monday’s game.

The line didn’t change after Dobbins’ injury, and Westgate SuperBook vice president of risk Ed Salmons had said he expected the line to climb as high as 6 by Monday’s kickoff with a ton of parlay liability from the weekend on Baltimore. But that’s no longer the case.

“All the stuff we talked about is out the window,” he said in a text message Friday. “The Ravens not only lost their only remaining running back but they also lost a top corner.”

Baltimore also has lost wide receivers Miles Boykin and Rashod Bateman to injuries until October, and wideout Marquise Brown missed most of training camp with an injured hamstring.

“A number of their skill position players are out or injured, and this is a huge game for the Raiders to start the season,” Red Rock Resort sportsbook director Chuck Esposito said. “It’s going to be the new Black Hole, and it’s their first game at home with fans on ‘Monday Night Football.’”

Fifty-eight percent of the tickets at Station were on the Ravens as of Friday, but Esposito expects that to change over the weekend.

“It’s similar to what we see on the Knights with such a local bias on the Raiders,” he said. “When it gets closer to Monday night, you’re going to see the ticket count a 50-50 split or in favor of the Raiders.

“It wouldn’t surprise me if we need the Ravens.”

Before Thursday’s injuries, Circa Sports took a sharp bet on Baltimore -4 and also took sharp action on under the total, which is down to 50½ after opening at 52.

“I think that’s the product of all the injuries on Baltimore, and it’s a team that likes to run the ball more than anything else,” Esposito said. “But I think the total will go back up.”

The Raiders were the best over bet in the NFL last season, leading the league with a 12-3-1 over-under record.

The Raiders went 2-6 at home last season. But they pulled a 34-24 upset of the Saints in their season opener at home on ‘MNF.’ The Raiders are +175 on the money line against the Ravens.

Professional sports bettor Jeff Whitelaw wagered on the Raiders +6 when the opening line was posted in May.

“I just think that’s too many points for their first NFL regular-season home game with fans,” he said. “Baltimore is a little bit down.”