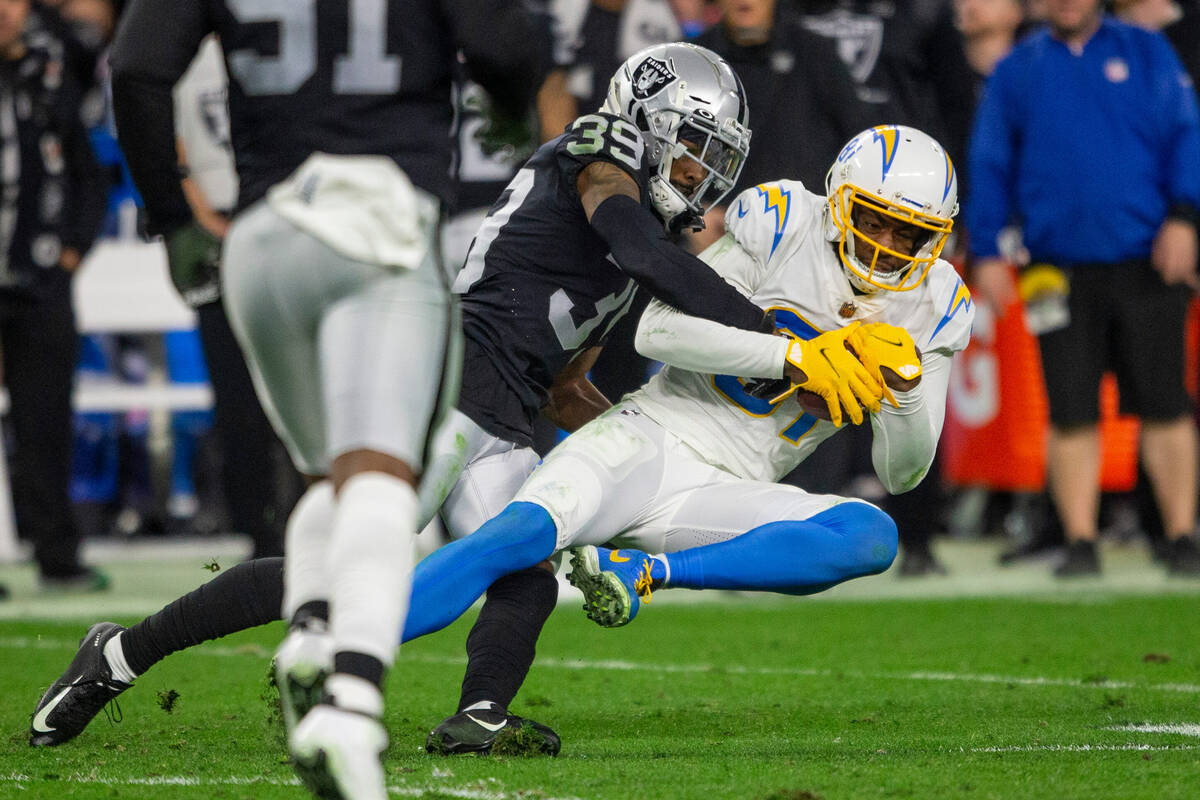 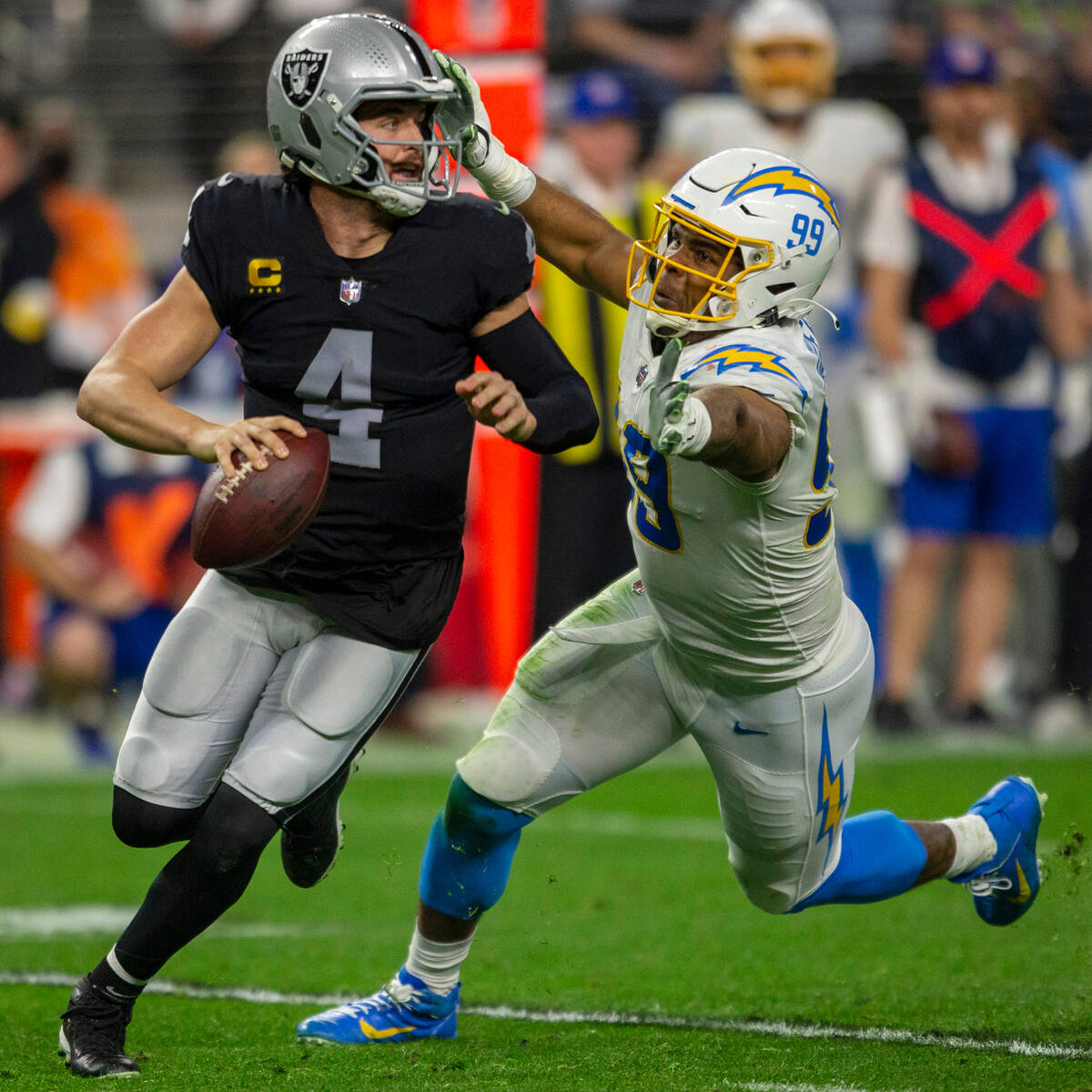 With kickoff approaching for the Raiders’ season opener at the Los Angeles Chargers, sportsbooks are split on the point spread.

The Chargers opened as 4-point favorites in May in a rematch of last season’s thrilling finale won by the Raiders 35-32 in overtime at Allegiant Stadium.

Circa lowered the line to 3½ two months ago after taking a sharp bet on the Raiders at +4, and it stayed there until this week, when the book lowered the number to 3 after taking more sharp money on the underdog.

“If it moved and we’re more than a day away from the game starting, it’s sharp,” Circa director of risk Chris Bennett said.

The Raiders are +155 on the money line, and the total is 52 for Sunday’s game at SoFi Stadium.

“There’s no question we’re going to be Chargers fans and under fans on Sunday,” Red Rock Resort sportsbook director Chuck Esposito said. “It’s been a steady flow of Silver and Black money, and the public is betting the game over at a pretty good clip.”

“I’m sure the locals will bet the Raiders because that’s who they want to root for and they’ve talked them up so long. But they’re playing a pretty good team right now,” he said. “If anything, the number should be 3½ or 4. The Chargers are a better team than the Raiders.”

Los Angeles won the first meeting last season 28-14 in October after building a 21-0 halftime lead at SoFi Stadium. The Chargers are tied with the Chiefs for the 12-1 fourth choice at the Westgate to win the Super Bowl behind the Bills (4-1), Buccaneers (7-1) and Packers (10-1).

“Other than the Raiders, the Chargers are the team everybody is backing to win the Super Bowl, AFC West, conference and their win total over,” Esposito said. “They’re the team everyone is kind of expecting to take the next step.

“We’re going to know really quickly where the Raiders stand in the West, which for me is the toughest division in football. Fifty percent of their division games happen in the first five weeks.”

The Raiders will host Denver in Week 4 before playing at Kansas City in Week 5.

If he had to bet the game, professional sports bettor Jeff Whitelaw said he would take the Chargers -3.

“I just think they’re a little bit better than the Raiders at this point,” he said. “The Raiders are going to get better as the season progresses. With the new coach, it might take a little bit of time to get all the timing and everything down because they’ve changed a few things.