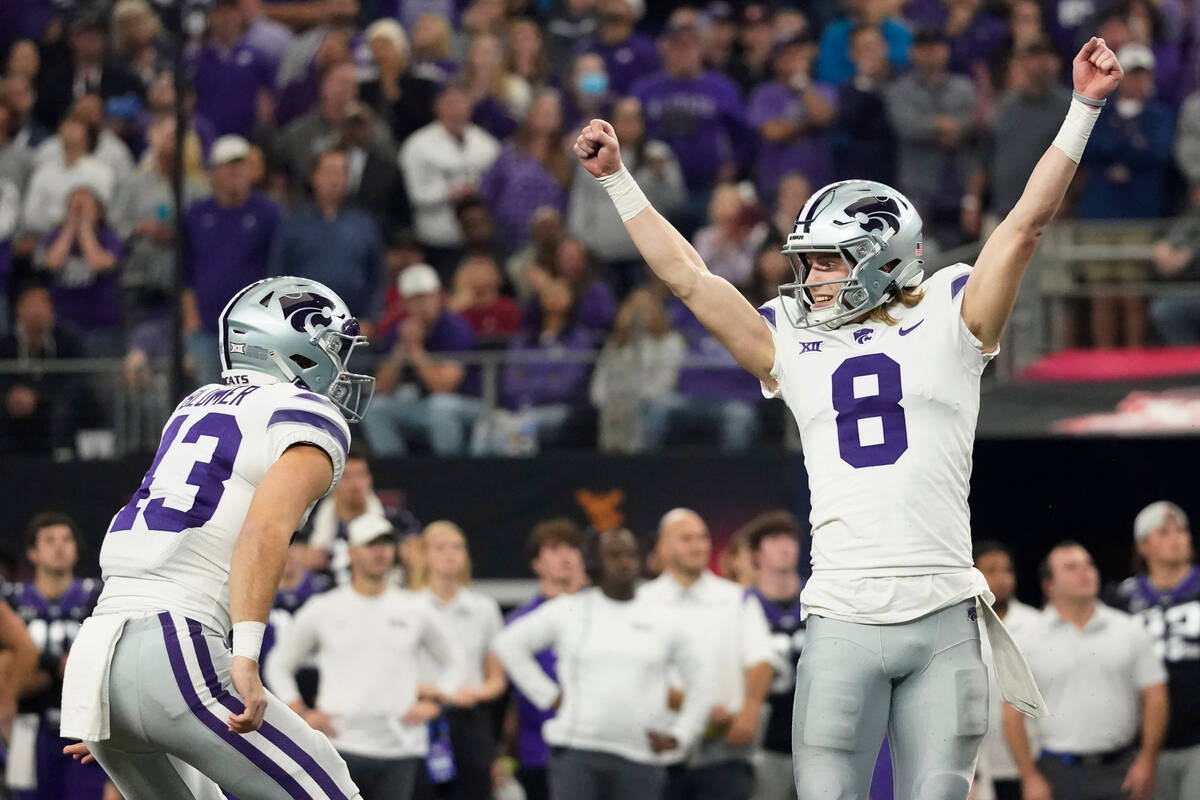 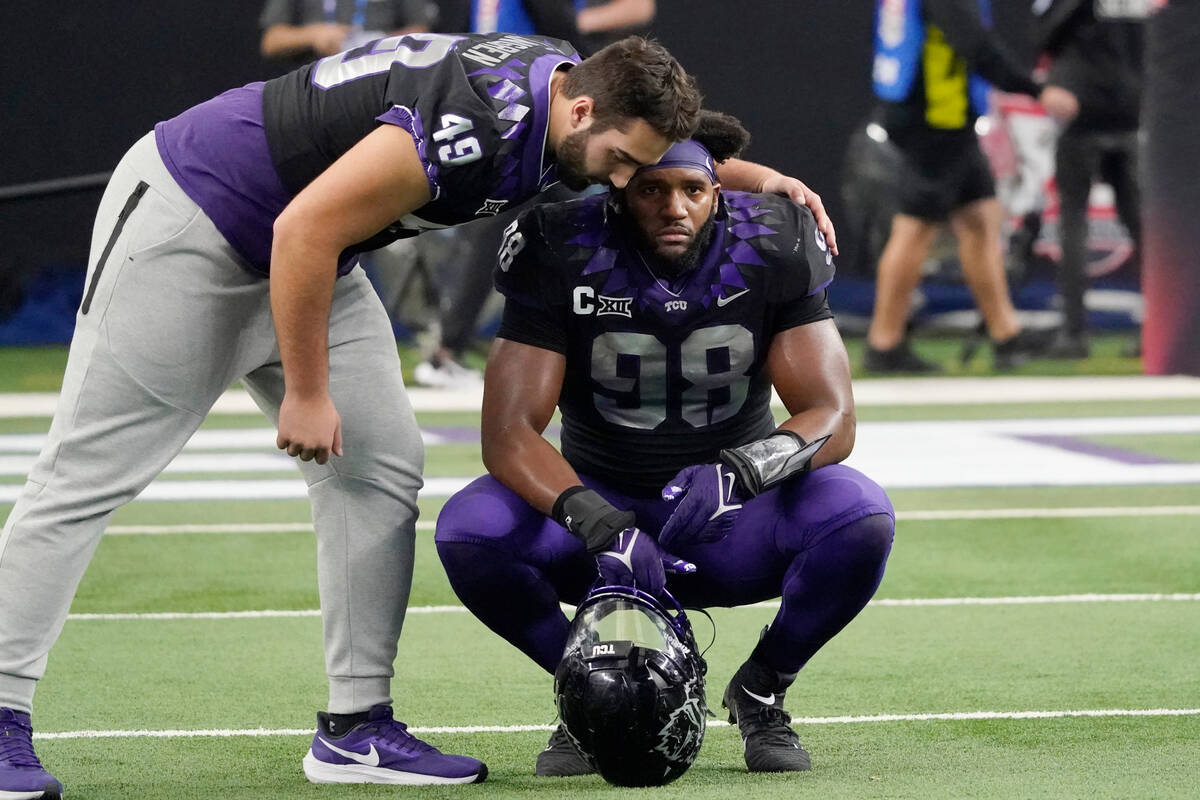 Texas Christian quarterback Max Duggan’s legs gave his team a chance for a come-from-behind win and cover in the Big 12 championship game Saturday.

But with the Horned Frogs’ undefeated season and automatic berth in the College Football Playoff at stake, the Heisman Trophy candidate’s number wasn’t called.

Duggan handed off on two straight plays, and Kansas State’s goal-line stand in overtime was the final twist in a game full of them for bettors. The Wildcats kicked a field goal on their possession in OT for a 31-28 victory to cover as 1-point favorites.

“K-State was a super sharp side,”Westgate SuperBook director John Murray said via text message. “We had wise guys playing that side early in the week and all the way until kickoff, and really I thought they should’ve won easier than they did. Wise guys had that one nailed.”

TCU opened as a 1½-point favorite, but the line jumped the fence by kickoff with the Wildcats consensus favorites.

Kansas State led 28-17 early in the fourth quarter after a 44-yard touchdown run by Deuce Vaughn until Duggan brought the Horned Frogs back with several long runs.

His 40-yard scamper set up an 8-yard touchdown by Duggan with 1:51 remaining in regulation, and he hit tight end Jared Wiley for the two-point conversion that tied the score at 28.

In overtime, the Horned Frogs had the ball third-and-goal at the 1-yard line after a run by Duggan. But on the next two plays, running back Kendre Miller was stopped for no gain, and Kansas State took over on downs.

“Huge push on Kansas St. as they closed the favorite,” Red Rock Resort sportsbook director Chuck Esposito said via text message. “However, great two-way handle on the game. We were in a win-win position.”

The ending also allowed under bettors to let out a sigh of relief, as TCU’s inability to get into the end zone helped keep the game under the total of 60½.

“K-State was not a good result for us,” South Point sportsbook director Chris Andrews said via text message.

Meanwhile, Michigan scored a touchdown with 1:22 left to beat Purdue 43-22 in the Big Ten championship game and find the late cover.

The Wolverines were 15- to 15½-point favorites at kickoff after being at -17 for much of the week.

“We needed Purdue pretty big, and that late TD was a blow for sure,” Murray said. “No complaints.”

The Utes closed as 2½-point underdogs at most Las Vegas sportsbooks despite their recent history of success against USC and a distinct advantage in the trenches.

Murray noted that Utah’s victory was one of the largest nonplayoff decisions the SuperBook has ever had on a college football game.

“Overall we did well on the college weekend, and it’s because of that game,” he said.

According to Esposito, the game featured one of the largest handles and colleges decisions in recent memory.

“We were clearly Utah fans,” Esposito said. “The outcome with Utah winning outright was best-case scenario.”

After the results of the conference championship games, Georgia remained a heavy favorite to win the national title.

BetMGM had Alabama off the board.

Jackson State coach Deion Sanders was good for bettors during his time at the school. But Coach Prime left his backers out to dry Saturday before bolting for Colorado.

Jackson State was a 20½-point favorite over Southern in the Southwestern Athletic Conference championship game and went ahead 43-24 late in the third quarter.

The Tigers took their foot off the gas in the fourth quarter, going punt, punt, interception on their first three possessions. They took a knee on their final drive to fall short of the cover.