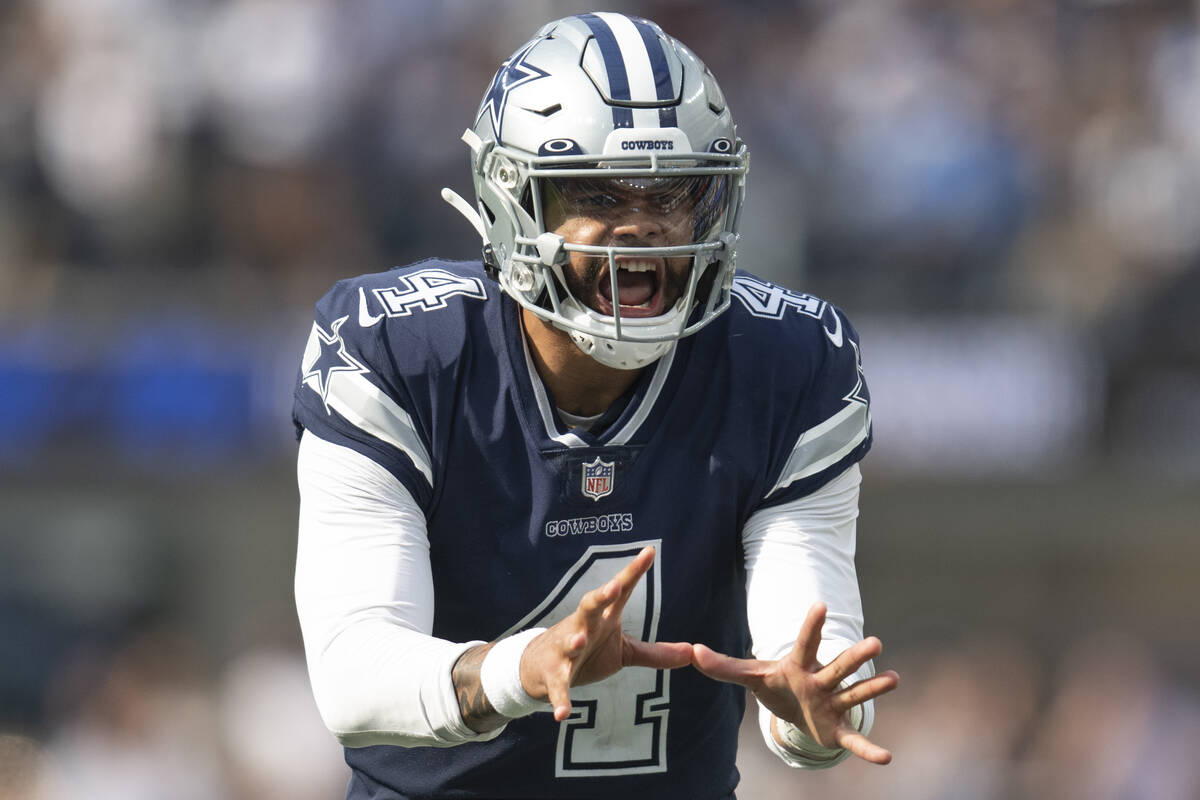 Depending on the number, sharp bettors can be on both sides of the same game.

That’s certainly the case on the Cowboys-Eagles game on “Monday Night Football.”

South Point sportsbook director Chris Andrews said he took sharp action on the Eagles at +4 and +3½ and then had different sharp bettors wager on the Cowboys at -3.

Dallas was a 3½-point home favorite over Philadelphia at every Las Vegas sportsbook Monday afternoon.

“We’ll see what happens now at 3½ again,” Andrews said. “All last week, it was all Eagles. Now it’s turned around (Monday), and it’s been pretty much all Cowboys. As of this moment, I need the Eagles. But that could easily change.”

The Westgate SuperBook needs Philadelphia to win outright while Station Casinos and BetMGM each need the Eagles to cover.

“We need the Eagles for a small amount. We do have some parlays rolling into the Cowboys,” MGM Resorts director of trading Jeff Stoneback said. “The ticket count is 3-1 on the Cowboys, but the money is less than 7-to-5 on Dallas.”

In keeping with the traditional betting public pattern in prime-time games, the books also need the NFC East matchup to go under the total of 51½.

The over is 7-1 in NFL prime-time games this season, with Carolina’s 24-9 win over Houston on Thursday night the lone under.