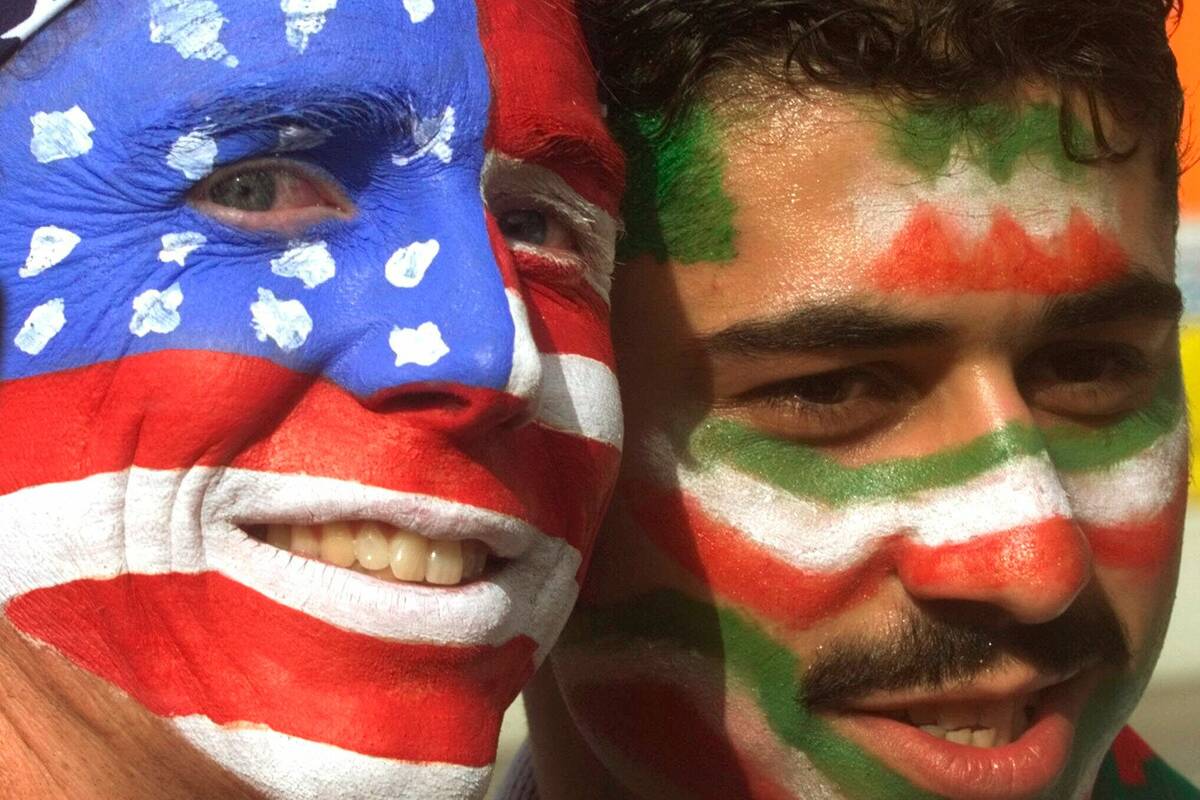 FILE - Mike Moscrop, left, from Orange County, Calif., poses with Amir Sieidoust, an Iranian supporter living in Holland outside the Gerlain Stadium in Lyon, June 21, 1998, before the start of the USA vs Iran World Cup soccer match. Iran defeated the U.S. 2-1 for its first World Cup win, eliminating them after just two games. A rematch between the U.S. and Iran will be played, Tuesday, Nov. 29, 2022. (AP Photo/Jerome Delay)

The USA needs to beat Iran on Tuesday to advance to the round of 16 at the World Cup.

The betting public is all over the Americans. But sharp bettors are backing Iran.

“There has been a sharp market move toward the Iranian side,” Westgate vice president of risk Jeff Sherman said. “But the only action we have on it is the U.S. side. We anticipate by the time this goes, the book will be in position to need Iran.

“It’s going to be like that at most every book in the United States. They’re going to be in that position where they have overwhelming U.S. support.”

Sherman said he understands why sharp bettors are siding with Iran, which can advance with a win or draw and a win or draw by England over Wales.

“The U.S. has proven that it’s tough for them to score goals,” he said. “When they’re in position to lay half a goal, it could be a tough position for them, no matter the opponent.”

“We lowered it to 2. Two and a half is quite a high total,” Sherman said. “Iran is going to come into this one defensive minded. I think we’ll see their side dictate a slower pace and take a conservative approach.

“As the game wears on, I think the U.S. can get frustrated. It’s not like they’re a team that’s polished from a goal-scoring perspective. They only get so many chances a game.”

“I just know if you asked any U.S. soccer fan in any World Cup event if they would be happy with ‘Get three points vs. Iran and you move on,’ they would take it 100 times out of 100,” SuperBook director John Murray said. “So there is a lot of pressure on them. They will expect to win and advance.”