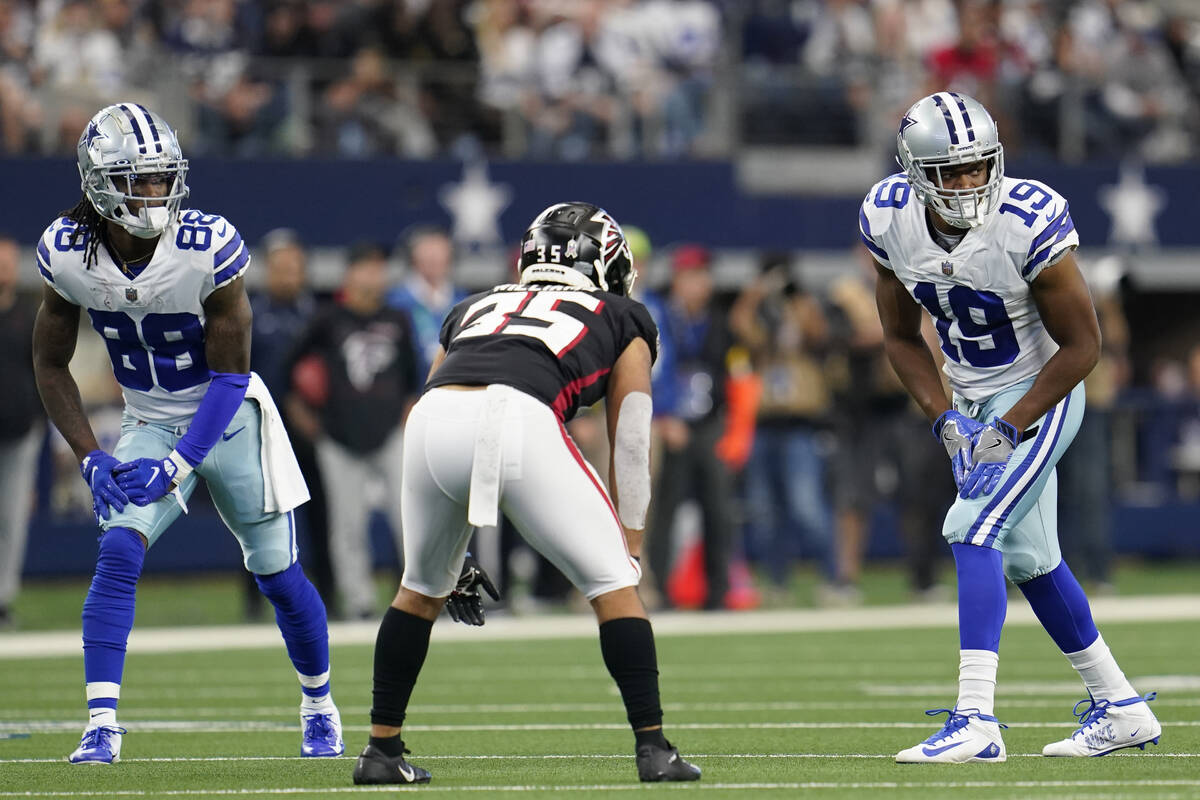 Something has to give for the Cowboys in their game against the Raiders on Thanksgiving Day.

Dallas is 8-2 ATS this season but on a 1-9 spread slide on the holiday.

Sharp bettors are focused on the present and put their money on the Cowboys to cover as 7-point home favorites over the Raiders.

Dallas climbed from -7 to -8 on Tuesday before the consensus line settled at -7½ on Wednesday.

“We took some sharp money (Tuesday) on the Cowboys -7,” Circa sportsbook manager Chris Bennett said. “I’m not quite sure what the motivation was behind that play. But the market is very negative on the Raiders, currently having them getting more than a touchdown with (Dallas receivers) Amari Cooper being out for sure and CeeDee Lamb being questionable.

“The Raiders’ power rating has gone down quite a bit in the last month.”

It was reported Wednesday that Lamb is on track to play after suffering a concussion in Sunday’s 19-9 loss at Kansas City.

“If Lamb plays, I would sort of favor Dallas. But if he doesn’t play, I would favor the under,” professional sports bettor Jeff Whitelaw said. “Dallas plays well when they’re healthy.”

The total is 51½. The Cowboys are on a 4-0 under streak, and the Raiders have gone under in two of their last three games.

“I don’t really understand the Raiders,” Bennett said. “I don’t know if their defense is capable of being good. On offense, Derek Carr is one of those guys who’s really good sometimes. But sometimes he’s not. That’s going to determine where the team goes.”

Dallas (7-3) has lost two of its last three games. After getting blown out at home by Denver, the Cowboys bounced back with a 43-3 beatdown of Atlanta.

Dallas is No. 3 in scoring offense, averaging 29.3 ppg. The Raiders are 18th, averaging 22.3 ppg. They’ve averaged only 14.3 ppg during their three-game losing streak, which came on the heels of releasing 2020 first-round draft picks Henry Ruggs and Damon Arnette in separate off-field incidents after the abrupt resignation of coach Jon Gruden.

“Clearly, at some point, all the off-field distractions caught up with them,” Red Rock Resort sportsbook director Chuck Esposito said. “And they haven’t been able to run the ball. Ruggs had become their deep threat. Of the six longest touchdowns in the league, four belonged to him. He took the top off the defense.”

Whitelaw has one of the 134 remaining entries in the Circa Survivor contest, which pays $6 million to the winner and considers Thanksgiving Day a separate contest week. He’s playing the Cowboys over the Raiders.