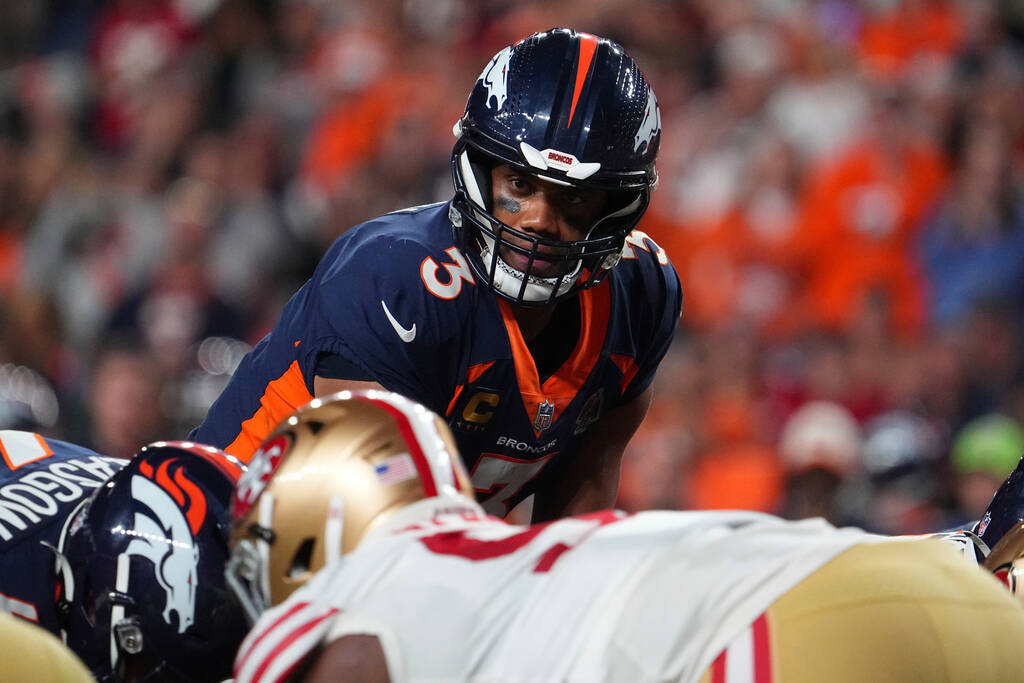 The Raiders have dominated the series with the Broncos in recent years, winning the past four meetings, six of seven and seven of nine.

Sharp bettors are banking on the desperate 0-3 Raiders to extend that trend Sunday at Allegiant Stadium and give themselves a chance to salvage their season.

The Raiders, also 0-3 against the spread, are consensus 2½-point favorites over Denver after the line opened at 2. They’re -3 (-101) at Station Casinos sportsbooks.

“It’s really, really early in a 17-game season and it’s hard to hit the panic button on anybody,” Red Rock Resort sportsbook director Chuck Esposito said. “But I can’t find a game on the schedule that means more to one team than what this game means to the Raiders.

“A loss here and the Raiders are 0-4 going into their ‘Monday Night Football’ game at Kansas City. A loss here and it’s pretty much a forgotten season.”

The Westgate SuperBook reported sharp action early this week on the Raiders -2.

“There was definitely smart money on the Raiders,” Westgate vice president of risk Ed Salmons said. “They can’t afford to be 0-4. I don’t care how long the season is, they’re not starting 0-4 and making that up. This is it for the Raiders.”

“This is their season right here,” he said. “I just think Denver, offensively, is having a lot of issues. I really think the Raiders will step up in this spot.”

Russell Wilson has thrown two touchdown passes and one interception for Denver, which acquired him in an offseason trade with the Seahawks.

“You have to wonder if Seattle knew something or thought now was the time to trade him,” Esposito said. “Russell Wilson does not look like the same quarterback through three weeks as he was with Seattle.”

The Raiders have been competitive in every game and squandered a 20-0 halftime lead in an overtime loss to Arizona in their Week 2 home opener.

“In every game, one of two halves has been awful,” Salmons said. “They need to put a full game together. I think they’ve got the right team this week. It seems like a good spot for the Raiders.

The Raiders are averaging 21.9 ppg and facing a Denver squad that ranks second in the league in scoring defense (12.0 ppga).

The total is 45½ and the Broncos have gone under in all three games this season.

“The Raiders are a loser for us at this time,” MGM Resorts director of trading Lamarr Mitchell said Friday afternoon. “Right now, we need the Broncos for a five-figure decision.”