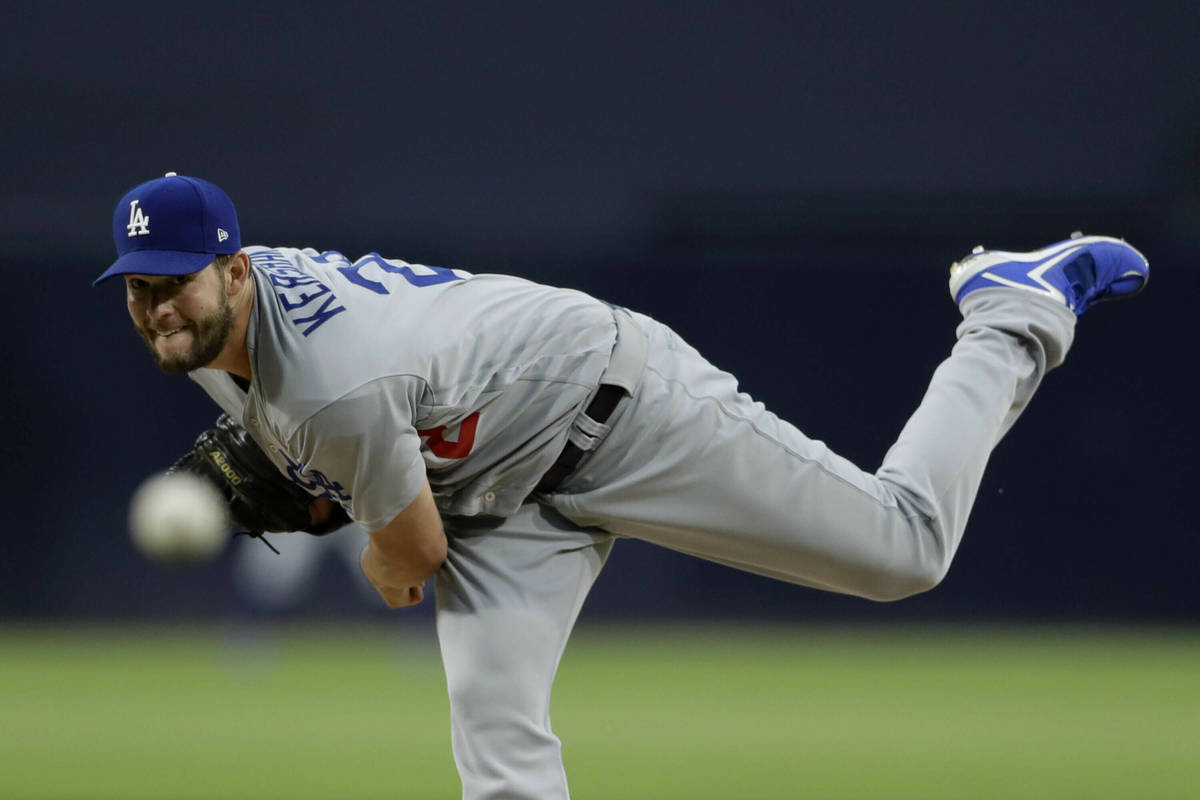 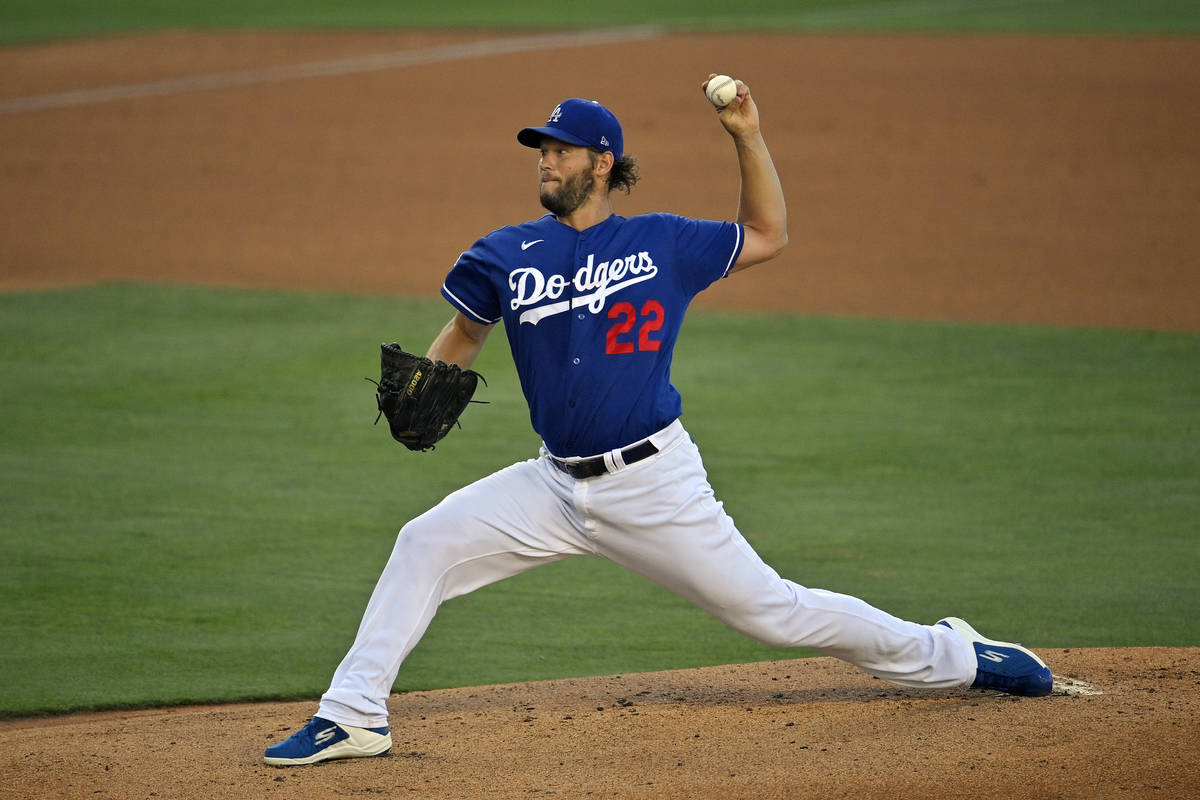 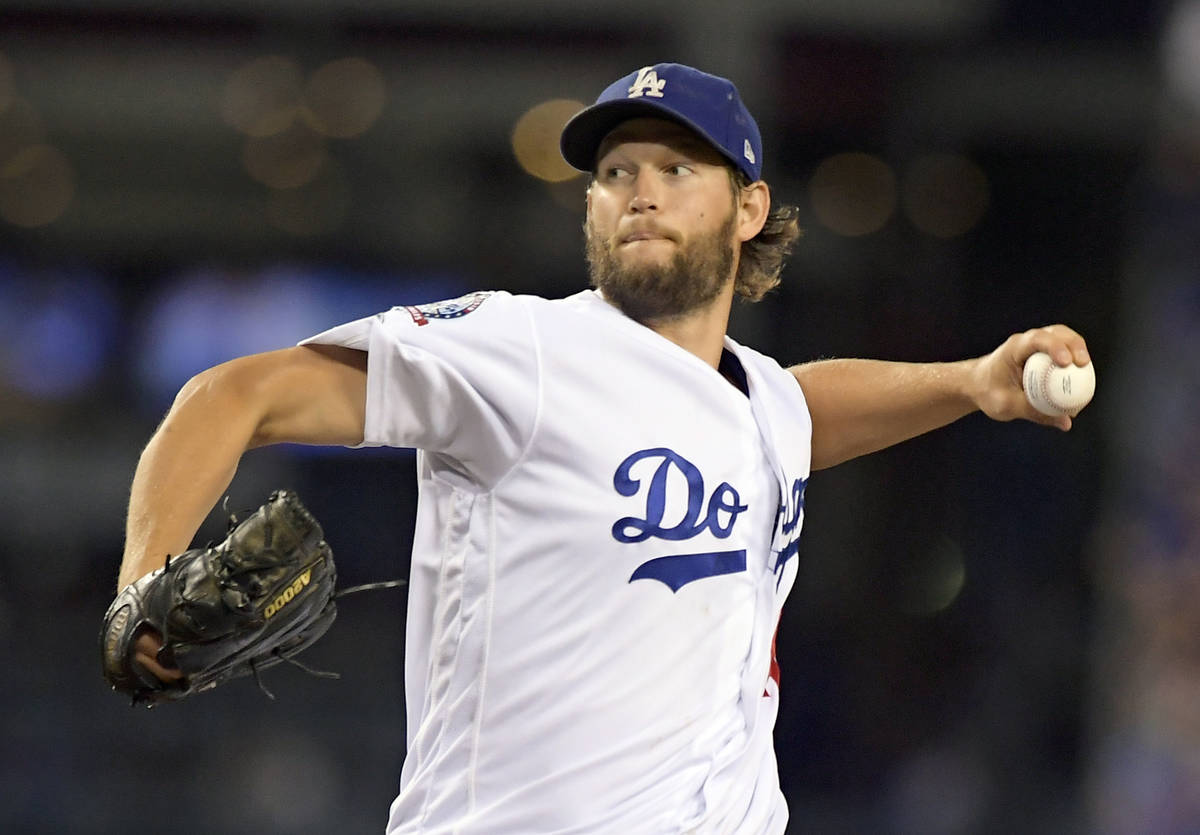 FILE - In this Oct. 5, 2018, file photo, Los Angeles Dodgers starting pitcher Clayton Kershaw throws to an Atlanta Braves batter during the first inning of Game 2 of a National League Division Series baseball game in Los Angeles. The Dodgers and three-time Cy Young Award winner Kershaw reached an agreement on a contract extension Friday, Nov. 2, 2018, that will keep the seven-time All-Star with the club through 2021. (AP Photo/Mark J. Terrill, File)

The Westgate and South Point are simplifying things for baseball bettors: The price you bet is the price you get.

The sportsbooks will no longer “list” pitchers for MLB wagers. If a pitching change occurs before a game starts, all bets will stand at the price at which they were made. The rule applies to everything — money lines, run lines, totals and first-five-inning wagers.

This is a stark change for daily baseball bettors, who are used to stipulating “listed” or “action” on their bets. Under this long-standing system, bettors who chose “listed” would have their bets canceled by a pitching change; an “action” bettor would get a readjusted price based on the new starter.

That’s no longer a concern at two sportsbooks. Westgate sportsbook manager Randy Blum said it had considered making the change for the past two seasons and finally decided to commit this year with all the uncertainty surrounding the shortened MLB season that is set to begin July 23.

“This is the right time if we’re going to try it,” Blum said. “It’s a short season with a lot of unknowns and more changes than normal.”

South Point sportsbook director Chris Andrews said the increasing use of relievers as “openers” instead of traditional starters helped prompt the move. He said bettors were often surprised to find they didn’t have wagers because a reliever was inserted for one inning before the traditional starter.

“The good very much outweighs the bad,” Andrews said. “Before, there’s a very slight change, and all of the sudden he doesn’t have a bet.”

No other Las Vegas sportsbooks have made the change. Circa Sports and Station Casinos said they were considering the move but had not made a final decision. MGM Resorts and William Hill said they would stick with listed pitchers. Caesars Entertainment declined to comment.

The change actually puts baseball in line with betting on other sports, Blum points out. If bettors wager on the Kansas City Chiefs as 7-point favorites, that bet stands even if quarterback Patrick Mahomes is ruled out before kickoff.

It’s a common occurrence in the NBA, with stars frequently held out of games to rest (so-called “load management”). A star such as Los Angeles Clippers forward Kawhi Leonard would be worth more to the money line than a baseball pitcher, but those bets stand regardless, Blum said.

“Why is that so different?” Blum asked, compared to baseball.

The effects of pitching changes cut both ways, he said. If bettors take the Los Angeles Dodgers at -200 expecting ace Clayton Kershaw on the mound, they’re not going to be excited about laying -200 with a fill-in starter. However, bettors taking the Arizona Diamondbacks at +180 against Kershaw will be thrilled to have them at that price against another pitcher.

Blum said the Westgate would work to educate its bettors and get them on board with the new rules. He said the change would be clearly labeled on the betting board and on the app. He said the sportsbook still planned to post the probable starting pitchers, but only for information purposes.

Blum said the response from bettors on Twitter has been decidedly mixed.

“Some people like it and some don’t,” he said.

“I’ll bet somewhere where they list pitchers,” he said. “I’ve been doing it the same way for 50 years. I’m not going to change now.”