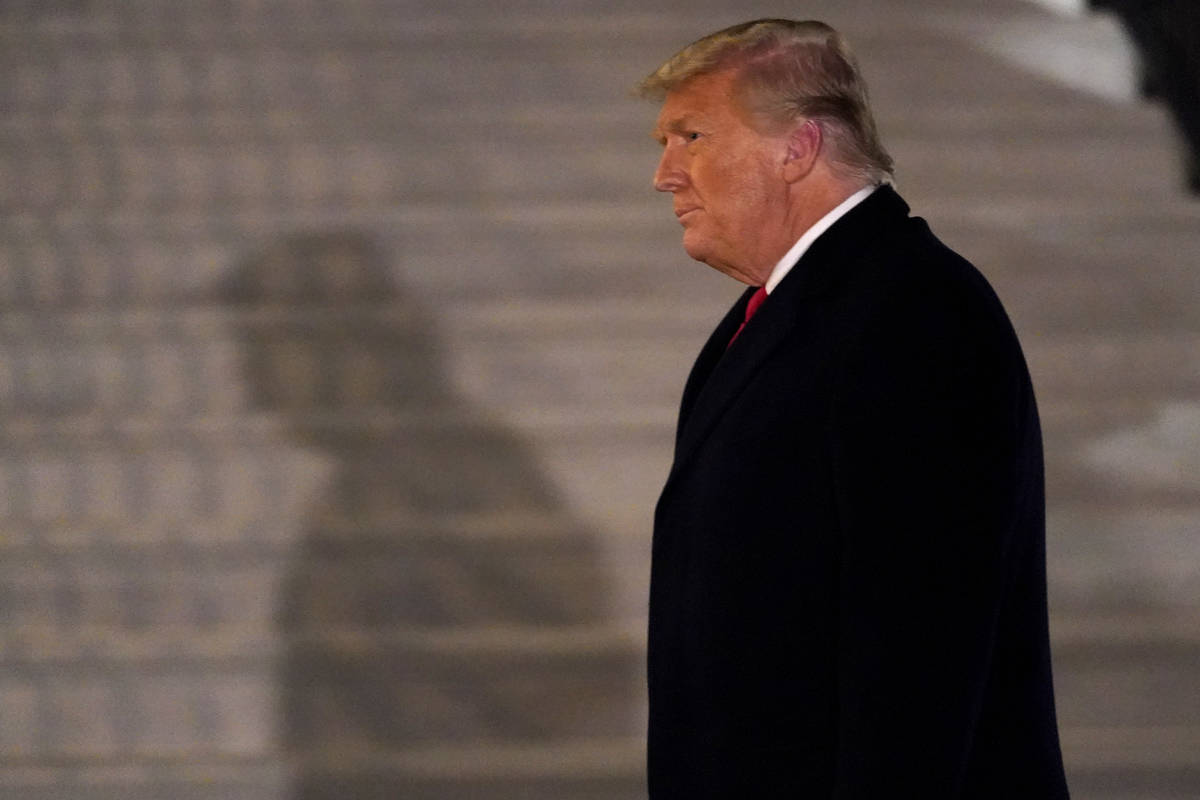 President Donald Trump arrives on the South Lawn of the White House, Tuesday, Jan. 12, 2021, in Washington. The president was returning from Texas. (AP Photo/Gerald Herbert)

Trump will reportedly leave the White House and fly on Air Force One on Wednesday morning to his Mar-a-Lago resort in Palm Beach, Florida.

What will Trump be doing during the Inauguration Day ceremony? You can bet on that proposition at United Kingdom-based Betfair sportsbook.

Betting favorites are expressed with a minus sign and underdogs with a plus sign. For example, a $200 wager on playing golf would win $100, while a $100 bet on tanning would pay $600.

Here are the other wagering options:

3
State PUA unemployment system back up and running