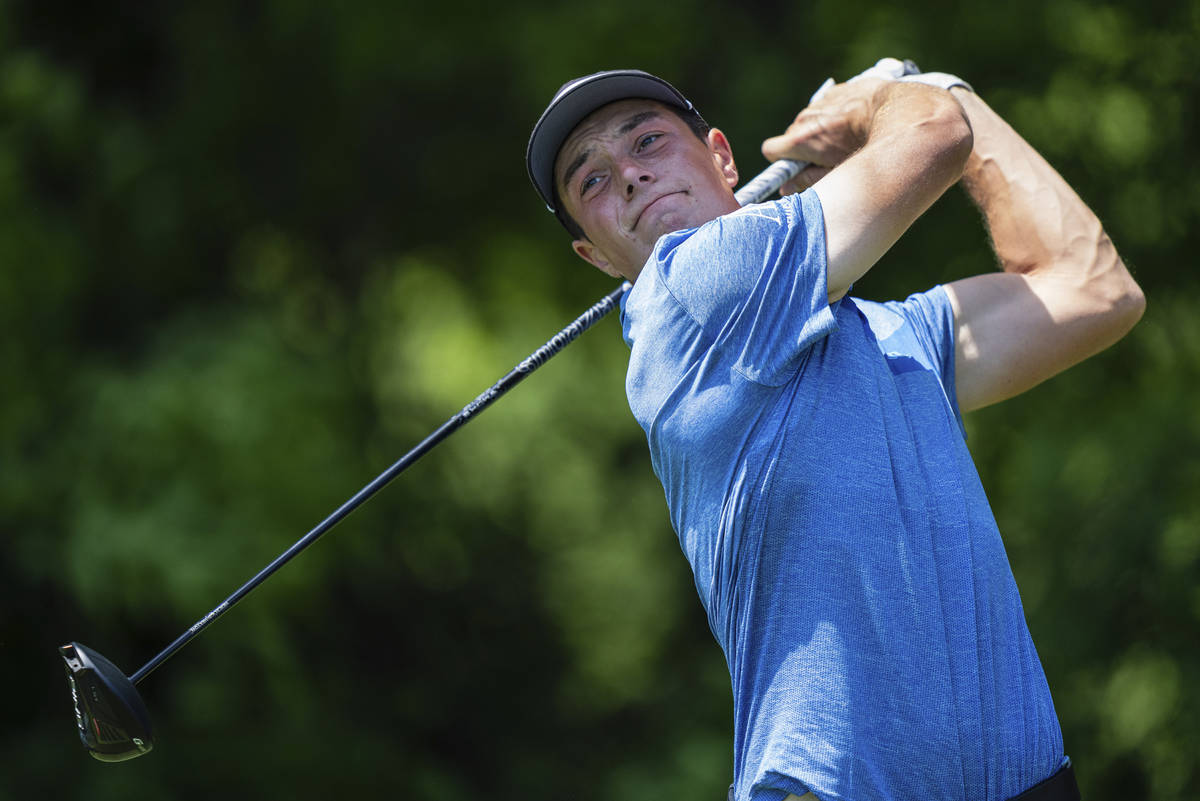 Viktor Hovland watches his tee shot on the seventh hole during the fourth round of the Wells Fargo Championship golf tournament at Quail Hollow on Sunday, May 9, 2021, in Charlotte, N.C. (AP Photo/Jacob Kupferman) 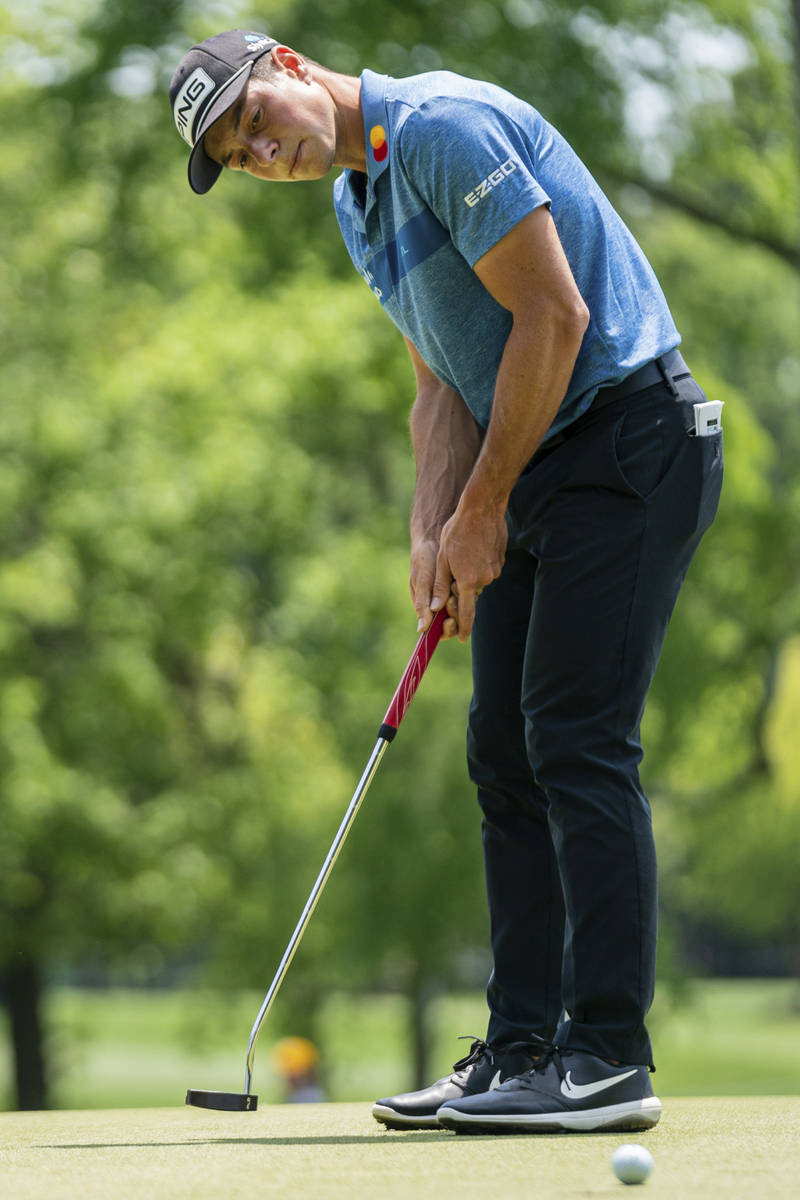 Viktor Hovland putts the ball on the third hole during the fourth round of the Wells Fargo Championship golf tournament at Quail Hollow on Sunday, May 9, 2021, in Charlotte, N.C. (AP Photo/Jacob Kupferman)

The PGA Championship has seen a youth movement in recent years, as nine of the past 11 winners have been in their 20s.

They each listed Viktor Hovland, 23, as one of their best bets to win the year’s second major. Hovland, 26-1 at Circa, is the same age Las Vegas resident Collin Morikawa was last year when he won the Wanamaker Trophy.

“The Norwegian has yet to post a top 10 in a major in his young career, but neither had Morikawa before he won last year’s PGA,” said Reynolds (@WesReynolds1). “I bet Hovland two weeks ago at 33-1, and his price has now been cut after two consecutive third-place finishes. He looks like he is peaking at the right time, like Morikawa had last year.”

Sherman (@golfodds) lowered Hovland, ranked 11th in the world, to the 20-1 eighth choice to win the event.

“I personally wouldn’t look for anyone 20-1 or less. I do like Hovland in the 25-1 range,” he said. “He’s been solid. And if it does get windy, with his European pedigree, I think he could handle those conditions.”

“They’ve been consistent all season and flirting with wins,” he said. “At those prices, I definitely could see one of those guys being live on Sunday.”

“Despite being near the top of the odds board, few seem to be picking him. Rory McIlroy showed two weeks ago that even out of form, elite players are never too far away from winning, and Rahm certainly qualifies in that category.”

“It seems too obvious to take the world’s longest hitter on the longest course in major championship history. But his long-iron approach game is as good as anyone in this field.”

“He tied for fourth in the PGA Championship last August, tied for 19th in his Masters debut and tied for 18th on his return to Augusta National last month.”

“He was tied for sixth earlier this year in Saudi Arabia on paspalum greens. In addition, Hatton finished third last year at the RBC Heritage on another Pete Dye design at Harbour Town.”

“Zalatoris has taken a liking to coastal courses, placing seventh earlier this year at Torrey Pines. He also has fared well on paspalum courses, finishing in the top eight in two events last year.”

”He’s a very good wind player that can use his low ball flight to his advantage at Kiawah Island. He had back-to-back runner-up finishes earlier this year off of the coast in Hawaii.”

“He is just a few weeks removed from three consecutive top-10 finishes on the Florida swing.”

Sam Burns is the second-largest liability, behind Jordan Spieth, at William Hill. His odds have been slashed from 125-1 to 30-1 after compiling a win and runner-up finish in his past two tournaments. “Sam Burns is a big problem for us,” William Hill sportsbook director Nick Bogdanovich said. “People got some big numbers on him. He’s a hot commodity right now.”