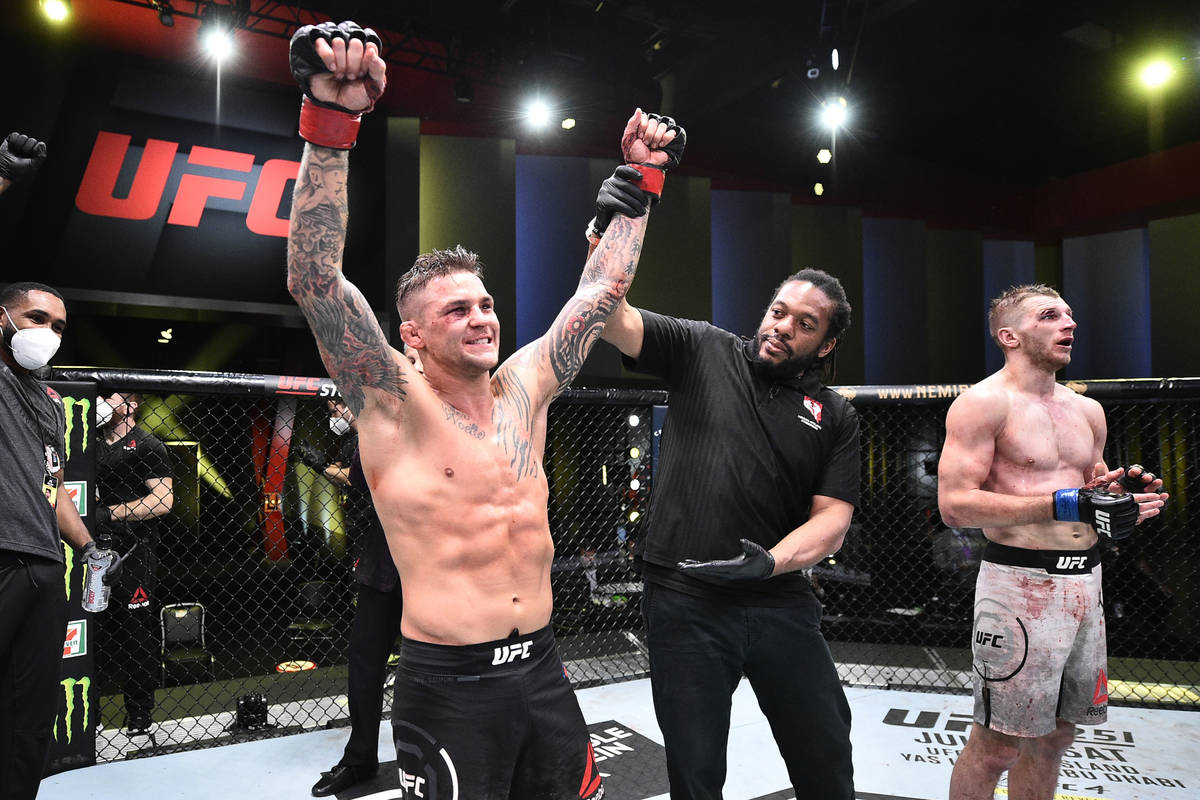 Dustin Poirier celebrates after his victory over Dan Hooker of New Zealand in their lightweight fight during the UFC Fight Night event at UFC APEX on June 27, 2020 in Las Vegas. (Photo by Chris Unger/Zuffa LLC) 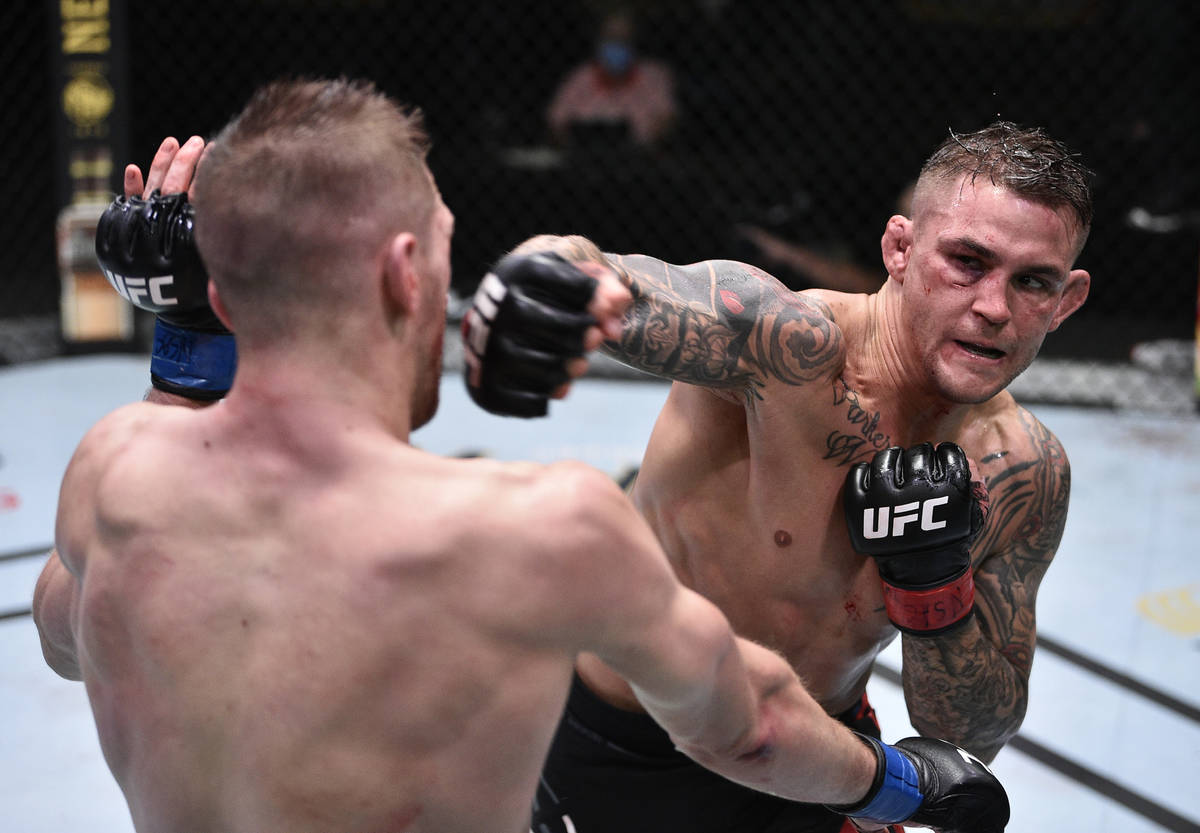 A William Hill bettor in Nevada lost a $100,000 wager Saturday on Dan Hooker over Dustin Poirier in the main event of UFC on ESPN 12 at the Apex facility in Las Vegas.

The bet would have paid $200,000 had Hooker pulled off the upset as a 2-1 underdog in their lightweight fight. Poirier dropped the first two rounds of the slugfest on all three scorecards, but swept the final three rounds en route to a victory via unanimous decision.

Two days after Nevada sportsbooks reopened, a William Hill bettor in Las Vegas won a $1 million wager on Amanda Nunes that paid $166,666 when she dominated Felicia Spencer en route to a win by unanimous decision.