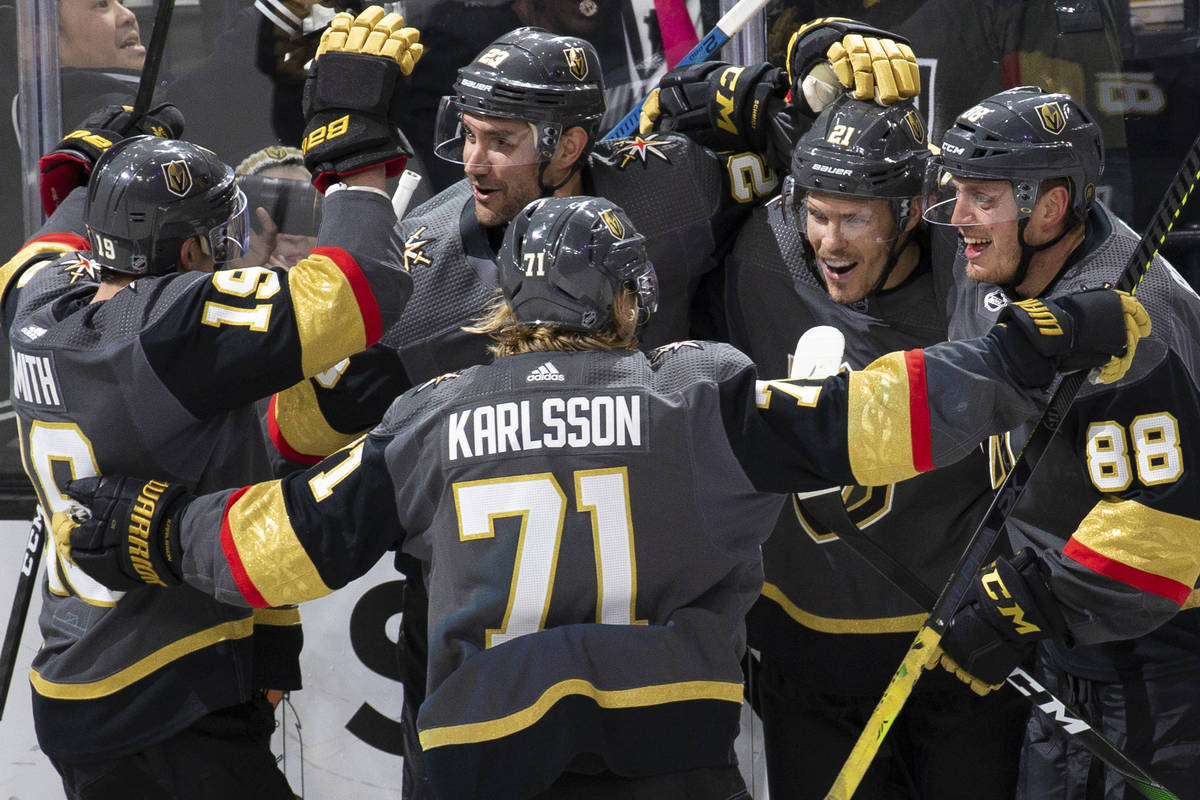 Bettors at William Hill who wagered on the Golden Knights to win the Pacific Division are in luck. And so are gamblers who bet on Edmonton and the other three NHL division runners-up.

Nevada’s largest sportsbook operator posted Thursday on its Twitter page that it has graded all division leaders (Vegas, St. Louis, Boston, Washington) as winners in its division futures market.

The book also refunded wagers on teams that were second in their division (Edmonton, Colorado, Tampa Bay, Philadelphia) when the 2019-20 regular season was declared over Tuesday by NHL Commissioner Gary Bettman.

The Knights led the Oilers by three points with 11 games remaining when the season was paused March 12.

The Westgate refunded wagers on division futures, per a rule requiring 82 games played. But William Hill didn’t have that rule on its futures.

“We didn’t have a stipulation on the number of games so we just thought, in fairness to everyone, that would be the best solution,” William Hill sportsbook director Nick Bogdanovich said. “It’s a goofy time. There’s not enough rules to cover everything.”

The Bruins led the Lightning by eight points in the Atlantic Division but the other three division races were tight. The Blues led the Avalanche by two points in the Central Division and the Capitals led the Flyers by one point in the Metropolitan and the Penguins by four.

“The races were so close,” Bogdanovich said. “With what’s going on in the world, we just thought it would be a good gesture (to refund bets on division runners-up). Give a few people some extra bucks to play with.”

William Hill also graded wagers on Washington’s Alex Ovechkin and Boston’s David Pastrnak as leading regular season goal scorers as winners. They tied for the league lead with 48 goals each.

The book refunded player props and two-way props on the Knights, per the stipulation that at least 80 games are played in the regular season for action.

The drive-thru service also was offered from 3-6 p.m. Friday at those locations. Deposits must be made in exact bills. No change can be given. All passengers in the vehicle must be 21 or older.

Once an account has been opened, deposits can also be made electronically through the app.

Two Las Vegas books offer daily drive-thru account service. The South Point offers service from 11 a.m. to 6 p.m. in its valet area. Circa Sports is open in the Golden Gate valet area from 10 a.m. to 6 p.m.