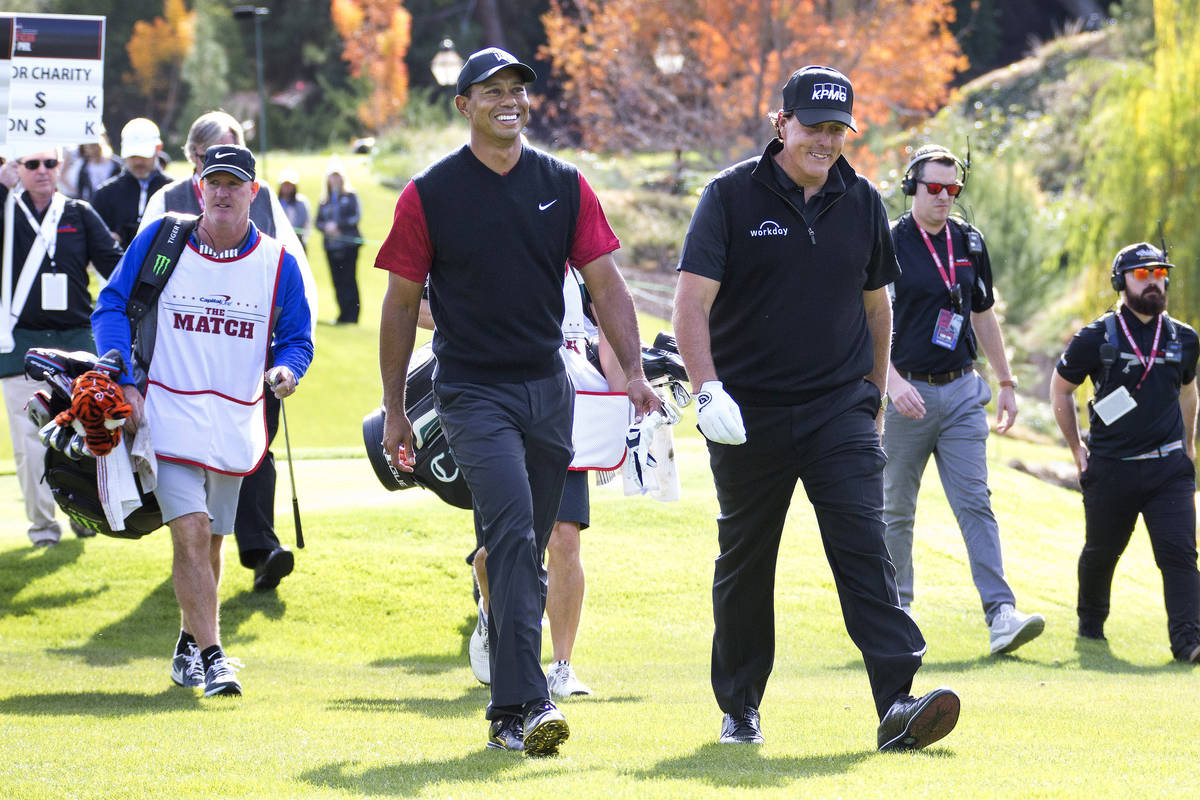 Tiger Woods, left, and Phil Mickelson walk to the fairway after teeing off from the first during The Match at Shadow Creek Golf Course in North Las Vegas on Friday, Nov. 23, 2018. Richard Brian Las Vegas Review-Journal @vegasphotograph 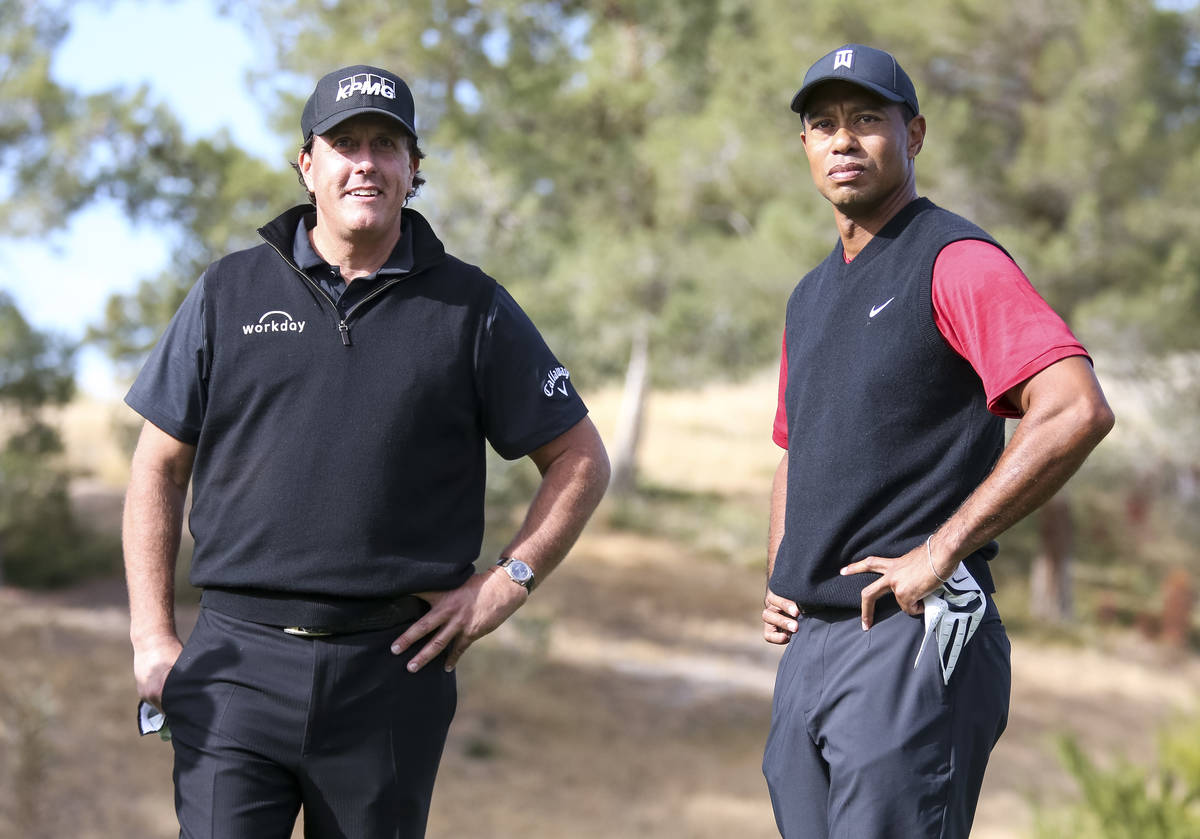 Tiger Woods closed as a -200 favorite over Phil Mickelson in their November 2018 pay-per-view match at Shadow Creek Golf Course in North Las Vegas.

Mickelson cashed as a +170 underdog when he outlasted Woods on the 22nd hole.

A rematch involving Tom Brady and Peyton Manning is planned for May and will air live on TNT, according to ESPN.

“That first time around, the market moved up on the price, and when it got high enough, we saw a decent amount of support on Phil and ended up losing on it,” Sherman said. “In this type of situation, I would expect to see underdog support hold the price lower than the last one, especially when you mix in a couple of nonprofessional golfers.”

Sherman said he made the odds based on the strength of the four golfers and would possibly adjust them when a format is announced.

“At this point, I have Tiger considered better than Phil, and I think Manning is considered a little bit better than Brady,” he said. “They’re pretty good golfers.”

A firm date and location haven’t been decided, though a source told ESPN the match is expected to take place in Florida without spectators, possibly on Memorial Day weekend.

With no other major sporting events scheduled at this point, Sherman said the betting handle on the match would dwarf the first one played at Shadow Creek.

“It would be probably 10 times what we had just because there’s not many sports coming back at that time,” he said. “We’ll offer a lot of props on this and a lot of wagering options. I can easily see 10 times the handle we wrote the first time.

“It’ll be nice to have something like that. We’ll do a great handle on it, and sometime in May, (the Westgate’s mobile sports betting app would) be open at that point, I’d suspect.”