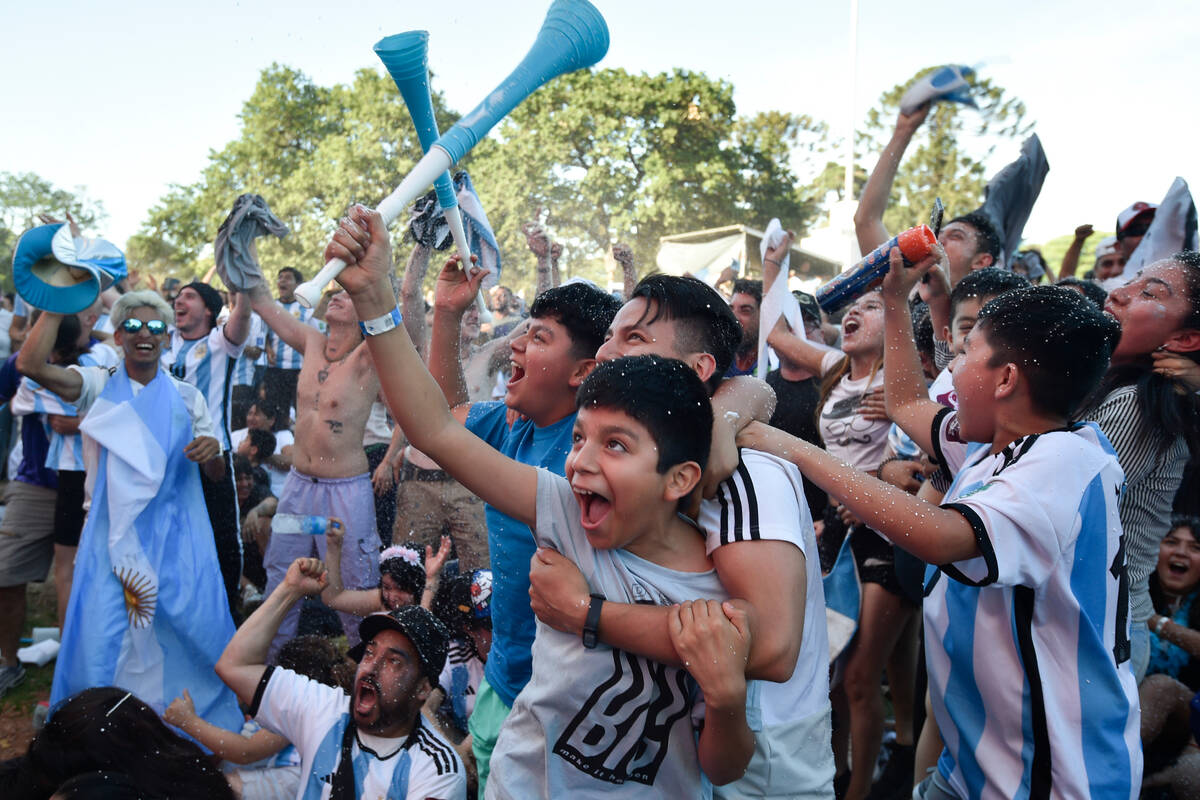 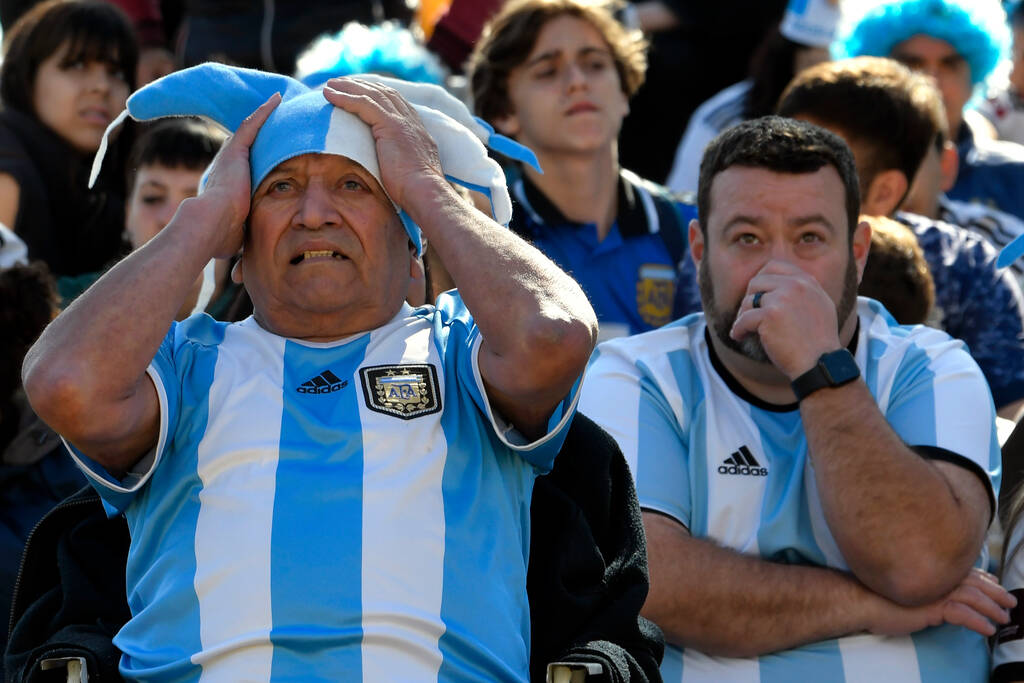 FILE - Argentina soccer fans watch the team lose to Saudi Arabia at a World Cup Group C soccer match played in Qatar, on a large screen set up for fans in the Palermo neighborhood of Buenos, Aires, Argentina, on Nov. 22, 2022. For a brief moment after Saudi Arabia's Salem Aldawsari fired a soccer ball from just inside the penalty box into the back of the net to seal a win against Argentina, Arabs across the divided Middle East found something to celebrate. (AP Photo/Gustavo Garello, File)

The World Cup betting handle has exceeded expectations at some Las Vegas sportsbooks after the first week of games, but lags behind the action seen during previous tournaments.

The monthlong event taking place in Qatar moved from its traditional summer schedule to avoid the heat and now faces competition for U.S. viewers from the NFL, NBA, NHL and college sports during a busy fall.

“We definitely have some soccer games that are far outwriting some college football games,” said Jeff Sherman, vice president of risk management at the Westgate SuperBook. “We’ve had some wagers upwards of $50,000 on some games. The interest is definitely there. It’s a little bit more than I anticipated, but it’s still not quite what a summer World Cup would be.”

The opening set of matches featured one of the largest upsets in World Cup history when Saudi Arabia, a +1800 underdog on the money line at BetMGM, toppled Argentina.

Germany also was handed a stunning defeat as a -245 favorite against Japan in its opener.

“We had that first set of matches up for so long, since the summer, that people tied Argentina on the three-way price to almost every parlay that was imaginable with favorites throughout the first set of games,” Sherman said. “That pretty much took down so much that it was a very good result for us.”

Bettors have been hurt by the lack of goals throughout the group stage, with the majority of matches finishing under the total.

Of the 28 games that have been played, 19 have finished with two goals or fewer, including 10 with exactly two goals.

The United States’ match against England on Friday was one of the most heavily bet of the tournament and ended 0-0, which was the best possible outcome for sportsbooks.

Mexico’s 2-0 loss to Argentina on Saturday also attracted significant betting interest, and the handle at the SuperBook exceeded that of the U.S.-England match, according to Sherman.

The Americans close out group play at 11 a.m. Tuesday against Iran needing a victory to advance to the knockout stage. Mexico wraps up at 11 a.m. Wednesday against Saudi Arabia and still has an outside chance of advancing from the group.

“This week’s soccer handle has been very similar to our NBA handle for the week,” McCormick said. “Our team has really worked hard on loading up the games with tons of props as well.”

One of the most popular props with bettors at the SuperBook thus far is “Will both teams score?” with a price listed on yes and no.

“It’s simple and it commands a lot of interest,” Sherman said. “We’ll carry that one all the way through, and when we get to the knockout stages, we’ll offer a lot more than we’ve been doing during the group stage.”