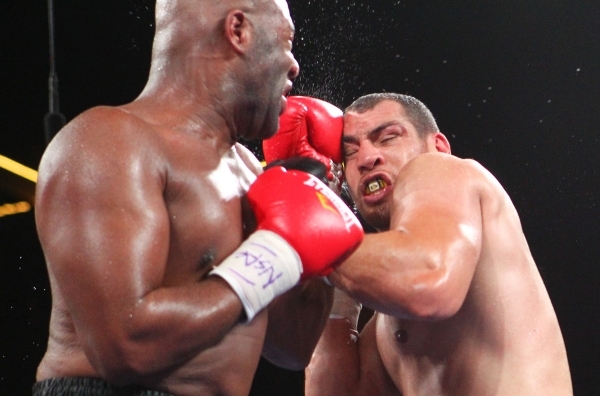 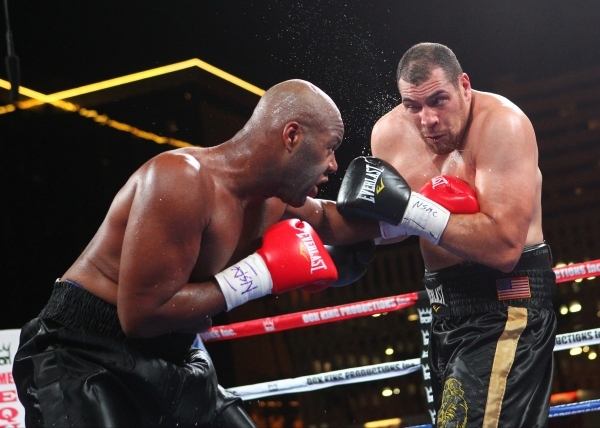 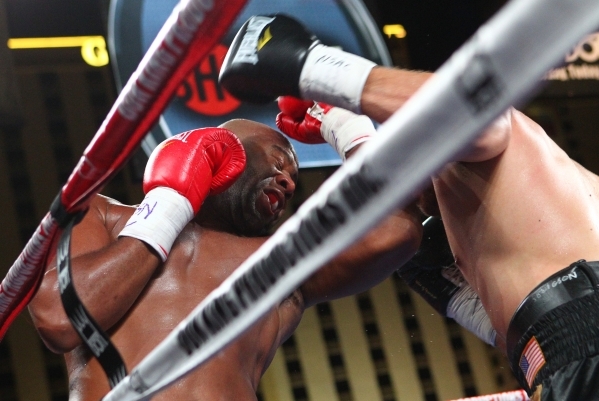 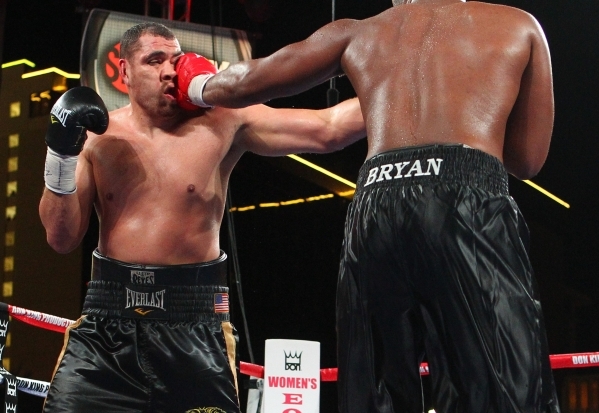 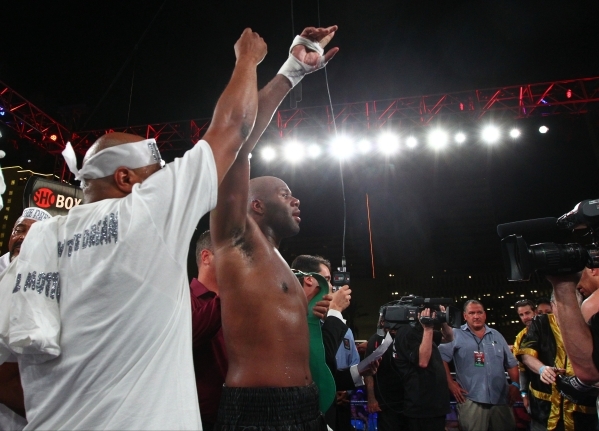 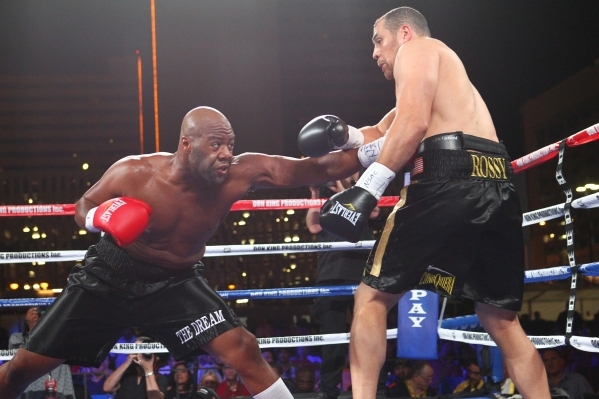 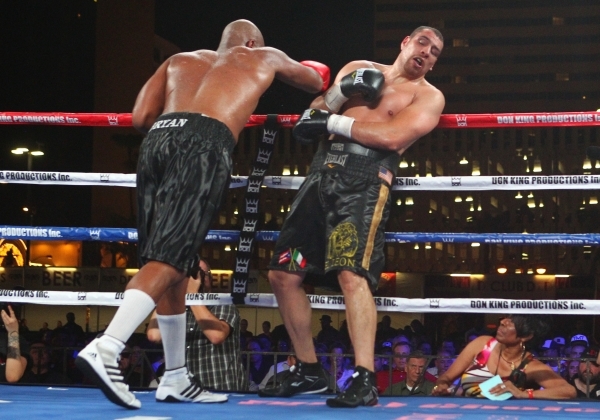 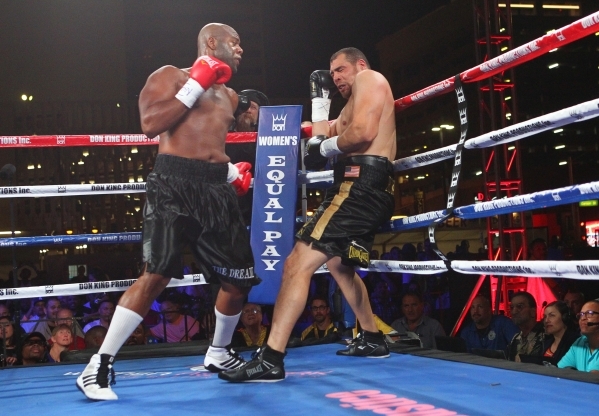 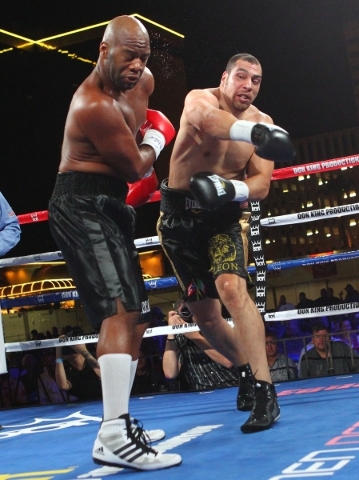 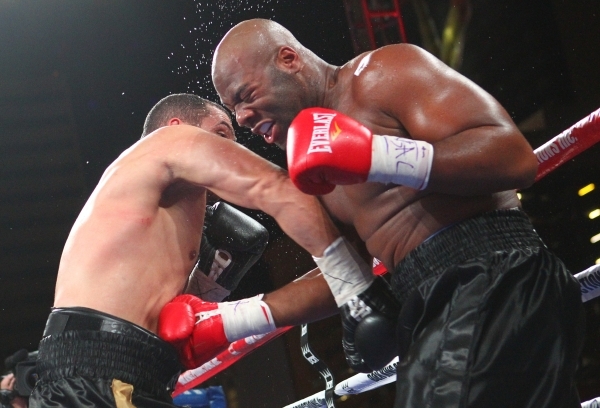 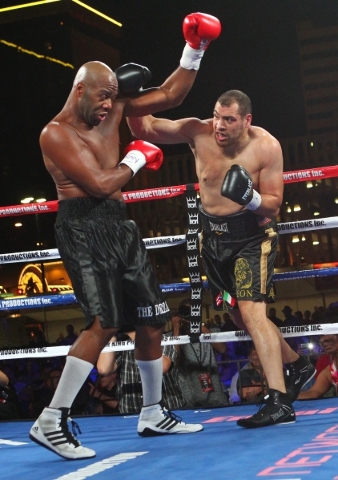 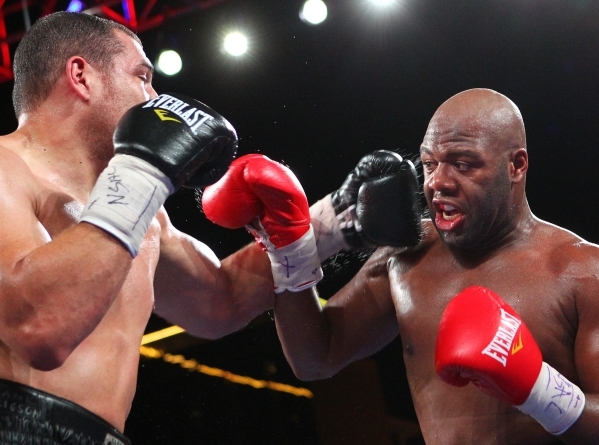 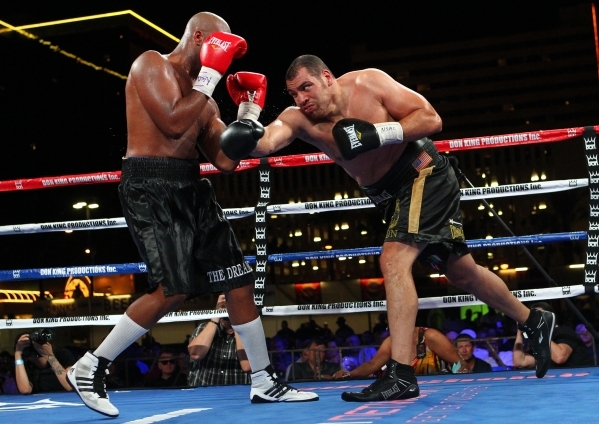 Trevor Bryan grabbed the belt, held it aloft and smiled a winner’s smile.

Call it a dress rehearsal for what Bryan hopes will be even bigger nights in his boxing future.

The undefeated heavyweight from Albany, N.Y., earned his first belt — the North American Boxing Federation title — with a 10-round unanimous decision over Derric Rossy on Friday at the Downtown Las Vegas Events Center and a nationwide television audience on Showtime.

“It feels great, man,” Bryan said. “Because I know I worked really hard for it.”

Bryan wasted no time establishing himself. He went right after Rossy, landing two hard lefts and then following with a crisp combination that sent Rossy down 35 seconds into the bout.

Rossy fought back and landed hard shots as he reminded Bryan this was going to be a fight. He tagged Bryan in the second round with effective uppercuts and a nice overhand right.

Bryan re-established his speed in Round 4, beating Rossy to the punch, landing first and fighting him on the outside instead of getting tangled up.

In the sixth, Bryan squandered a golden opportunity to finish it when he had Rossy in trouble after a left jab rocked Rossy and three subsequent lefts had him reeling. But Bryan didn’t sustain the attack, and Rossy remained upright.

It was more of the same in the seventh as Bryan tagged Rossy with an overhand right and then a sharp left late in the round as Rossy barely stayed on his feet.

That Rossy (30-10) finished showed how tenacious he was because he took a lot of punishment over most of the 10 rounds on a hot night outdoors. But Bryan had too much for him, and even though Bryan still has much to learn, he did enough things well to please his corner and his promoter, Hall of Famer Don King.

“I should have gone more to the body,” Bryan said. “I need to fight guys like that to get more experience. I want to step up and fight tougher guys, but next time I need to get them out of there.”

Said King of his fighter: “You never know what’s gioing to happen in a heavyweight fight. And now Trevor Bryan is 16-0. The main thing we need to do now is keeping working and get heavyweight championship fight for him.”

In the co-feature, middleweight Decarlo Perez stayed busy over the entire fight, outworked Juan Ubaldo Cabrera and won a 10-round unanimous decision as he handed Cabrera his first loss as a professional.

On the rest of the undercard, Joey Dawejko mauled Natu Visinia from the opening bell and scored a first-round technical knockout in their sdcheduled eight-round heavyweight bout to improve to 16-4-2.

Visinia (11-2) never got untracked and was tagged with a right hand that had him slumped against the ropes and was ruled a knockdown. After getting knocked down a second time, he was in no shape to continue, and referee Russell Mora called the fight at 1:15

Lopez, who was ahead 39-37 with all three judges, said as he transitions from amateur to pro, he has to be ready for anything.

“It’s a little rougher and a lot more action,” Lopez said. “I got hit a couple of times, but I think it’s just a matter of timing and getting out of the way better.”