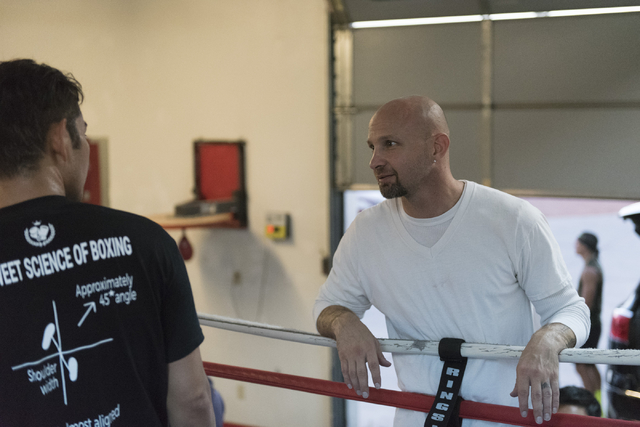 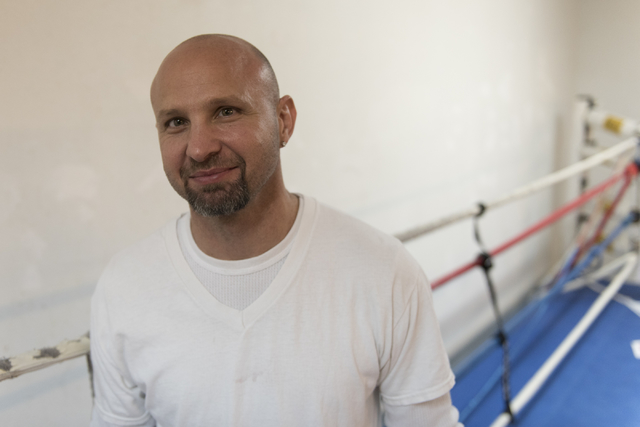 Boxer Clarence "Bones" Adams in the ring at his gym in Las Vegas on Monday, Oct. 17, 2016. (Jason Ogulnik/Las Vegas Review-Journal) 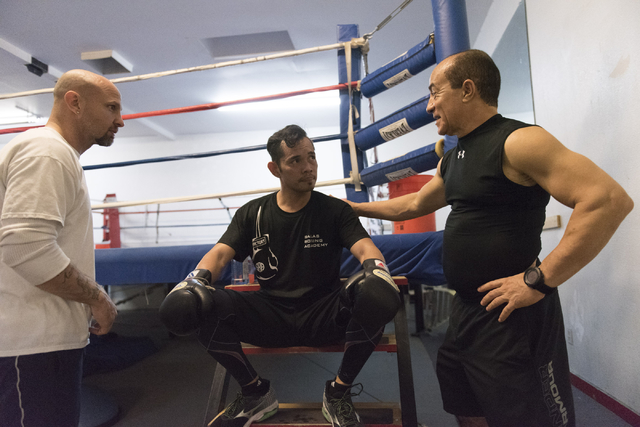 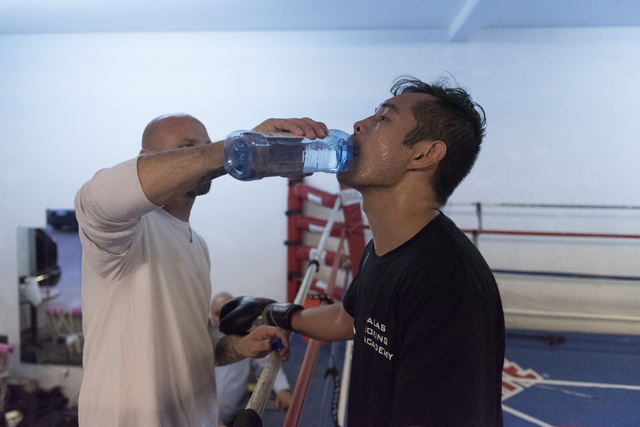 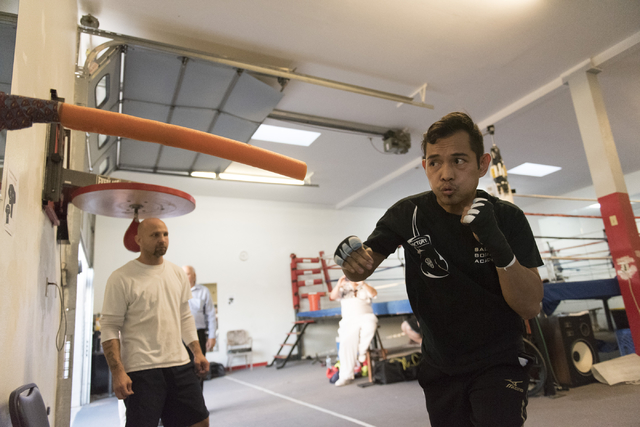 Samuels’ directions to the gym were unusual. This one wasn’t next to a strip mall off Interstate 15 like most gyms in Las Vegas.

This place of boxing was behind a house in Spring Valley, where you needed to drive up the long driveway past the kids’ toys and trampoline.

The backhouse-turned-gym is the training home of 20 professional boxers, six world champions, two renowned trainers and one retired champion who lives in the front house.

Clarence Adams, known to the boxing world as “Bones,” lives in the house with his wife and children, and operates Bones Adams Gym.

Cuban trainers Ismael Salas and Joel Casamayor have their stable of fighters train at Adams’ gym.

Casamayor is a former two-division champion who retired in 2011, and Salas is a longtime trainer with 19 champions on his resume.

Adams, 42, a former junior featherweight titlist, originally made the gym for boxers to rent out while training for their fights in Las Vegas. Fernando Vargas, Cory Spinks and many other former champions have stayed at the house. Celebrities such as rapper Snoop Dogg and singer Lloyd have used the gym.

“My family and I would stay in our apartment while the house was being rented out,” Adams said. “It was a great place for people to come and get privacy. But more and more gyms kept popping up.”

Adams, who grew up in Kentucky and retired in 2010, recently decided to make the gym public and get more involved with the fighters by assisting Salas and Casamayor.

Being around boxing helped Adams get his life together after serving a six-month prison sentence for a racketeering scheme.

Adams and three others were sentenced in federal court last year in a multimillion-dollar racketeering scheme run out of a longtime limousine company that operated on the Strip. Adams pleaded guilty to driving prostitutes and selling drugs out of the limousines.

Adams denies ever driving a limousine, and said he was given bad legal advice to plead guilty.

“I thought I was just getting probation, so I just went along with it,” Adams said. “I never expected jail time. I was just a manager, nothing more. Every driver there knows I was never a limousine driver.

“It’s just so crazy how that situation turned out. It was very hard adjusting when I got out. Everyone just assumed things about me from the articles they read.”

Adams said no one at the gym judges him. It’s his home next to home.

“It was a tough time, but I have people here (the gym) who know and look out for me,” Adams said. “I don’t do it for the money. We welcome everyone as long as you work hard.”

After a slow October, Las Vegas will host the three biggest fights of November and possibly of the year.

On Nov. 5, the legendary Manny Pacquiao will challenge Las Vegas native Jessie Vargas at the Thomas & Mack Center. The co-main event could be just as good with local fighter Jessie Magdaleno attempting to defeat Donaire.

Two of the best pound-for-pound fighters in Sergey Kovalev and Andre Ward will meet Nov. 19 at T-Mobile Arena for three light heavyweight belts.

Thanksgiving week won’t be quiet this year. The exciting Vasyl Lomachenko will fight the hard-punching Nicholas Walters on Nov. 26 at The Cosmopolitan of Las Vegas.