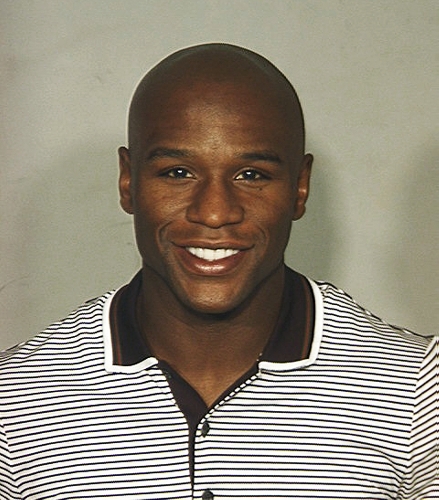 Jailers might have to install an express lane for Floyd Mayweather Jr. at the Clark County Detention Center.

The champion boxer and frequent visitor to the jail will have to surrender for booking in a week-old criminal case, a judge ruled after prosecutors suggested Mayweather was being given special treatment.

They said state law was skirted when the boxer’s most recent criminal case — a misdemeanor battery charge on allegations he repeatedly poked a Southern Highlands security officer in the face — did not result in handcuffs on Mayweather’s wrists.

On Wednesday, Assistant District Attorney Chris Owens asked Justice of the Peace Tony Abbatangelo to “follow the law in regard to the booking process … it seems like that part was circumvented somehow.”

Instead of an arrest last week, Mayweather’s latest legal problem popped onto Abbatangelo’s calendar in what Owens called “an unusual proceeding.”

And at the Dec. 7 hearing, Abbatangelo signed an arrest warrant for Mayweather and then immediately quashed it.

“We’re asking that the warrant be reinstated for the purpose of processing the defendant through the detention center,” Owens said.

The prosecutor noted that by law a warrant must be executed by the arrest of a defendant, which was not the case for Mayweather.

Abbatangelo said he would follow the law and set a status check for Tuesday, when lawyers will determine when Mayweather, who is out of town, will return for a “walk-through” arrest at the jail.

Abbatangelo set the hearing after defense attorney Karen Winckler indicated she didn’t want an arrest warrant “hanging out there” to cause Mayweather problems in traveling back to Las Vegas.

In the meantime, Abbatangelo said, Mayweather will remain free on his own recognizance pending trial.

During Wednesday’s hearing, Owens also expressed “concern” about how the case ended up on Abbatangelo’s calendar before the arrest warrant was even signed. He said a judge normally signs an arrest warrant and the defendant is arrested, followed by a court appearance.

Abbatangelo called the sequence followed in the case “routine.”

“We do that all day long. We don’t process every single person through who has this situation,” he said, indicating that if Mayweather had been charged with a felony, he would have handled it differently.

She said her office heard about the impending warrant from the district attorney’s office and learned that the case had been assigned to Abbatangelo, so she asked him to put it on his calendar before the warrant was signed. Abbatangelo said he obliged the request, as he has done in other cases.

This is not the first time Abbatangelo has been at odds with prosecutors in a Mayweather matter.

Earlier this year, authorities were upset when Abbatangelo interceded in a case and without consulting prosecutors set a low bail of $7,500 for an associate of the boxer accused of attempted murder.

Harris is represented by defense attorney Tom Pitaro, who also represented Abbatangelo in a domestic violence case for which the judge was himself sentenced to two days in jail.

When the Harris case was bound over to District Court, a judge set bail at $140,000.

In the meantime, Mayweather faces a Feb. 3 trial on the misdemeanor battery charge. That proceeding won’t be handled by Abbatangelo, who was defeated in the general election by Janiece Marshall.

According to court documents, Mayweather was charged with the misdemeanor battery count for a Nov. 15 incident involving security guard Shayne Smith.

In a report, Las Vegas police said Smith cited two of Mayweather’s vehicles for parking violations at Southern Highlands. A confrontation ensued, and the boxer allegedly was verbally abusive and jabbed his finger into Smith’s cheek. Smith had redness and discoloration on the left side of his face after the incident.

The charge could lead another justice of the peace to revoke Mayweather’s bail on pending felony charges stemming from a Sept. 9 domestic violence incident involving his three children and their mother, Josie Harris.

Mayweather, who is facing several felony charges, including felony coercion, grand larceny and robbery, is free on $31,000 bail in that case.

Since bail was set in that case, police have conducted two separate investigations into accusations made against Mayweather, including Smith’s.

Last month, Quincey Williams, a former Mayweather employee and one of two victims in the roller rink shooting, told police Mayweather tried to force his vehicle off Arville Road, near Spring Mountain Road.

The incident remains under investigation.