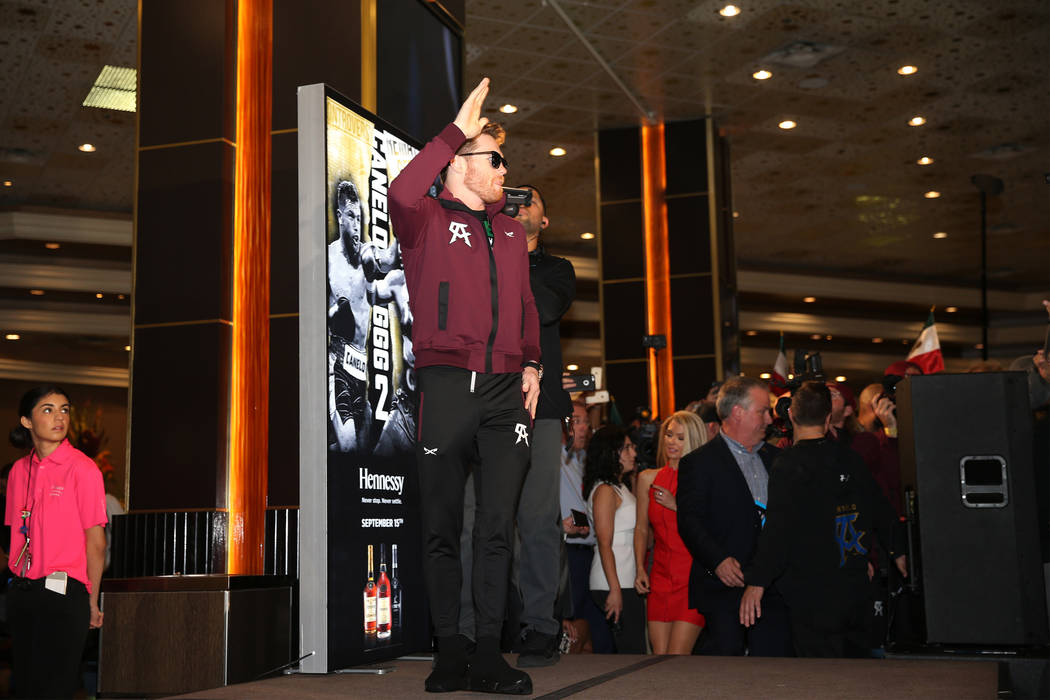 Benjy Esteves Jr. is finally getting his big break in the fight capital of the world.

Esteves, a respected referee from New Jersey, will be the third man in the ring for the Saul “Canelo” Alvarez-Gennady Golovkin rematch Saturday at T-Mobile Arena.

“I’m happy they brought somebody from out of the state,” said Abel Sanchez, Golovkin’s trainer. “I don’t think I’ve worked a fight with Benjy. Maybe early in our careers.”

Esteves is an unfamiliar face on the West Coast. The longtime referee primarily works bouts in the northeastern part of the country.

He’s never officiated a bout involving Alvarez or Golovkin. But he has plenty of experience with championship bouts throughout his 36-year career.

“Benjy is one of the best referees in boxing and been underrated for a long time, so I’m glad to see him get this type of opportunity on a high-profile stage,” said Keith Idec, a New Jersey native who has covered boxing for 22 years.

Idec, a senior writer for BoxingScene.com, said he can’t recall the last time Esteves refereed a notable bout in Las Vegas. But he’s been ringside for many of Esteves’ big fights in New York City and Atlantic City.

“What I’ve always appreciated about Benjy, and I’ve watched him referee fights for over 20 years, is that he’s a no-nonsense referee, but he does it in a way where he’s not heavy-handed in the fights,” Idec said. “He doesn’t get overly involved but maintains control in the fights.

“He’s not like some referees who have catchphrases, and they’re very demonstrative and animated. He’s not like that at all. He’s not looking for any attention. He’s looking to go in there and do the job the right way.”

From the list of six referees considered for the middleweight rematch, Esteves was the only non-Nevada resident. He beat out Robert Byrd, Vic Drakulich, Russell Mora, Jay Nady and Tony Weeks.

Sanchez and Tom Loeffler, Golovkin’s promoter, didn’t approve of Weeks. Loeffler requested to have Byrd, but was denied because he’s married to Nevada judge Adalaide Byrd, who was heavily criticized for scoring the first bout 118-110 in favor of Alvarez.

“It’s good to see the Nevada commission go outside the box and approve of a referee everyone is happy with,” Idec said.

Esteves wasn’t available for comment. The commission doesn’t allow referees to do interviews before fights.