The pundits say undefeated heavyweight boxer Tyson Fury arose like the Undertaker, the former WWE superstar who’d abruptly rise when he seemed to be unconscious. Fury himself says he rose like a phoenix, the mythical bird born of its own ashes.

But there was no kayfabe or mythology involved on Dec. 1, 2018, when fellow undefeated heavyweight Deontay Wilder knocked down Fury in the 12th round of their first fight.

He got up to salvage a split draw and came to Las Vegas this week with unfinished business on his mind.

“Winning this fight cements me as the best of my era. No more to prove,” Fury said. “Everyone else has been defeated, and there was only me and Deontay Wilder left after 12 years as professionals. It’s all on the line for this fight. I think it’s a massive must for me. It’s a massive must to win.”

Fury, the 31-year-old lineal heavyweight champion, believes he’s at his physical and mental zenith ahead of his rematch with Wilder on Saturday at MGM Grand Garden. He says it’s the most consequential fight of his career to date.

He couldn’t say that before his first fight against Wilder. He was some six months removed from a 31-month layoff during which he has admitted using recreational drugs and gaining weight while battling depression. Yet he still nearly outpointed the 34-year-old Alabaman by landing more punches at a higher clip.

“I didn’t know what I had in the tank last time. I’d never done 12 rounds (in my comeback). It’s a long time,” said Fury, who hails from the United Kingdom. “This time, I know I can do the distance and we’re not getting hurt. I’ll throw everything but the kitchen sink at him. He won’t know what hit him.”

Fury (29-0-1, 20 knockouts) in the last 14 months has adopted Las Vegas as a second home of sorts and continued to build his brand stateside by signing a co-promotional deal with Top Rank. He fought twice in Las Vegas — beating Tom Schwarz by technical knockout and Otto Wallin by unanimous decision — and debuted in the WWE in October, fulfilling yet another dream in the process.

The last couple months, though, have been all about preparing for Wilder (42-0-1, 41 KOs), the lone foe he’s faced that escaped defeat. He brought a nutritionist into his camp and says he’s weighing about 270 pounds, roughly 15 more than in his last fight against Wallin. He also parted ways with trainer Ben Davison and partnered with veteran SugarHill Steward, an “aggressive” trainer who’s worked to add more offense his fighter’s arsenal.

“We believe that he can carry more weight, along with his power,” Steward said. “He’s a big, strong heavyweight and extra weight won’t hurt him. He still moves around just like a super middleweight. Plus, he still has the ring IQ to set things up.”

Fury has reiterated throughout the promotion his intention to stop Wilder in the second round. He says he’s ready to fight for 12, even 15 rounds, should his prediction not come to fruition.

He’s stronger and leaner than ever before.

And every bit as charismatic.

“I’ll walk through fire to win this fight,” Fury said, adding that he’d fight 15 rounds against Wilder if need be. “I’m a very hard man to beat. And even when they think it’s all over, it’s sometimes isn’t. … He hasn’t shown that he can go down and get back up before, so we’ll test him in this one. See what he’s really made of. All good champions can go to the canvas and get back up and win. We’ll test Deontay Wilder this time, for sure.” 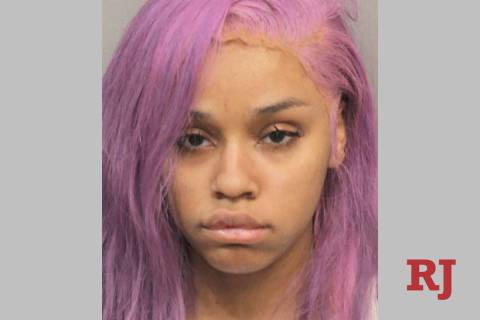 Mayweather, a two-weight world champion boxer, helped nephew Floyd Mayweather become one of the greatest boxers of all time.

An ex-girlfriend of boxer Floyd Mayweather Jr., who was the mother of three of his children, was found dead in a Southern California suburb, authorities said.

Prosecutors have declined to pursue a trespassing charge against four-weight world champion Adrien Broner, who was arrested outside MGM Grand Garden last month.

Mikey Garcia rebounded from his only professional loss 11 months ago to win a 12-round unanimous decision over Jessie Vargas on Saturday night in a welterweight bout.