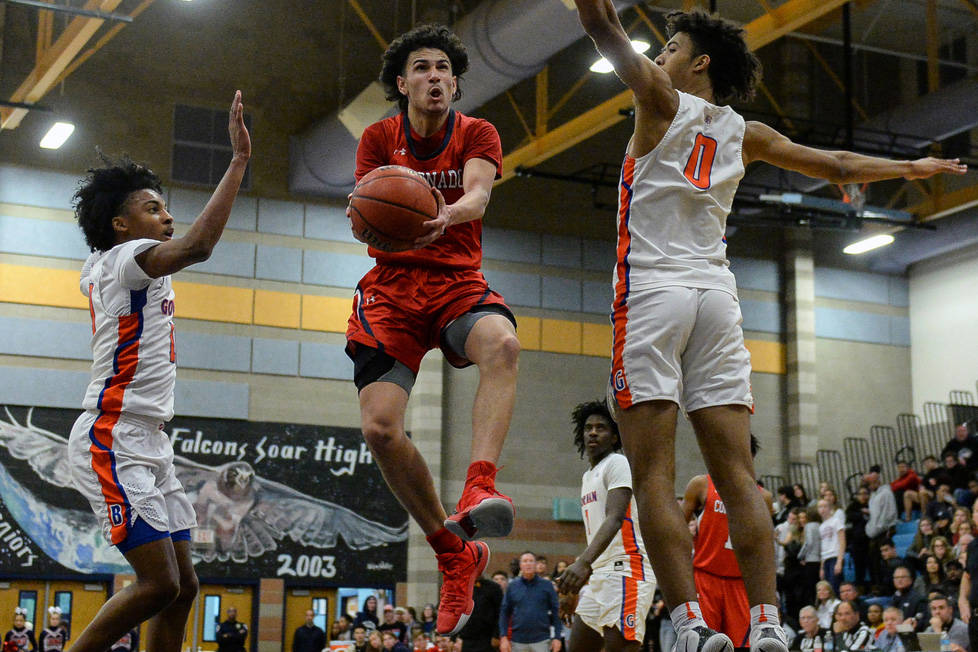 It was scripted for Coronado’s Richard Isaacs Jr.

So says Cougars boys basketball coach Jeff Kaufman, who’s watched his point guard in the past year bloom into one of the best rising sophomores in America.

“This is something that he was groomed to do his whole life,” Kaufman said. “It’s part of the course of his life, and that’s how he handles it.”

Isaacs, a 6-foot-1-inch, 175-pound floor general, spent the past week earning one of 12 roster spots on USA Basketball’s under-16 national team, which travels Thursday to Brazil for the 2019 FIBA Americas U16 Championship.

The five-star prospect was one of 32 invited to an arduous training camp in Fort Lauderdale, Florida, and endured 13 practices and two waves of cuts to cement his place among the nation’s elite.

“I expected to make this team. I have that kind of confidence in myself,” said the 15-year-old Isaacs, who excelled in October and April at USA Basketball minicamps. “Very few kids get the opportunity to get a gold medal. That would mean everything.”

Isaacs in many ways has indeed prepared his whole life to play at the highest of levels. His father once ran one of the most successful club basketball programs in Los Angeles and the younger Isaacs learned the sport through long hours at local gyms and parks.

He developed a precocious feel for the point guard position to go with fundamentally sound footwork, a tight handle — and a polished perimeter shot. UNLV offered him a scholarship in the eighth grade.

Isaacs debuted for Coronado in November and teamed with fellow five-star prospect and sophomore shooting guard Jaden Hardy to form one of the most formidable backcourts in Las Vegas. He averaged 14.2 points and 6.9 assists in his first varsity season and helped the Cougars advance to the Desert Region tournament semifinals, in which they lost via a last-second 3-pointer to Class 4A state champion Bishop Gorman.

But he resumed his steady play in the spring with local Nike affiliate Vegas Elite, earning offers from the likes of Florida State, Ole Miss and Oklahoma State while securing five-star status from ESPN.

“He’s taking all of the success in stride. It’s made him more hungry,” Vegas Elite program director Brian Sitter said. “That’s a testament to him, and him understanding that he’s getting what he’s getting because of the work he puts in.”

Isaacs has incorporated strength training and has added about 15 pounds to his frame since the high school season concluded.

He’s explosive enough now to dunk — with ease — but still quick enough to beat defenders off the dribble. He’s strong enough to compete in scrimmages ahead of FIBA Americas against Division I players from the University of Florida and the University of Miami.

He’s humble enough to know he has a long way to go.

“He still takes out the trash. You just have to nudge him a little bit harder,” his father, Richard, said with a laugh. “He’s still got some growing to do, but he’s going to be fine.”