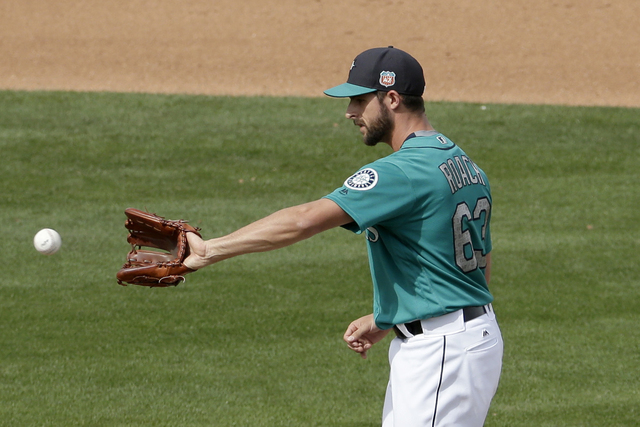 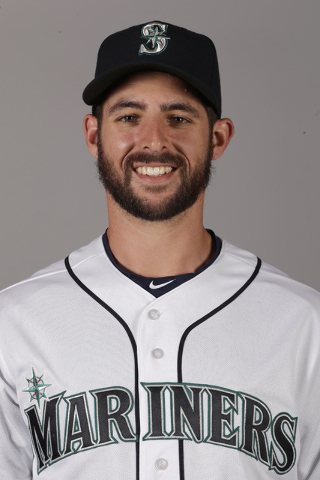 In fact, many pitchers would like to avoid it.

But Tacoma Rainiers starter Donn Roach isn’t one of those guys.

Roach will take the ball today at Cashman Field for the first time in two years against the 51s, and the Las Vegas native is excited to pitch there.

“It’s nice to be home and be comfortable,” Roach said during a phone interview this week. “I think that’s a plus for me.”

Roach, 26, flew to Las Vegas early to spend his Wednesday off day at home. Today, he’ll pitch before family, friends and former coaches.

He’ll also see former teammate Paul Sewald, the 51s’ closer. They played together at Bishop Gorman High School and still train together in the offseason.

They’ve never played against each other, but Sewald said he tries to keep tabs on fellow players from Las Vegas. That includes Roach.

But Sewald spent plenty of time watching Roach at Gorman, where they played together for four years and won three state titles.

“It was about our sophomore year when he took over (as our ace) and became the best pitcher in town, in my opinion,” Sewald said.

That eventually translated to a ticket to the University of Arizona. Roach played there for one season before transferring to the College of Southern Nevada.

He was selected by the Los Angeles Angels in the third round of the 2010 draft and since then has played for six organizations.

In the last season alone, he spent time in the Chicago Cubs’ minor league system, made a spot start for them at Busch Stadium, was designated for assignment and claimed off waivers by the Cincinnati Reds, assigned to Triple A, designated for assignment again, picked up off waivers by the Toronto Blue Jays and optioned to Triple A before eventually electing free agency in the offseason.

“It’s been pretty crazy,” Roach said. “I think it was even crazier for my wife. Last year, we were with three organizations, and she was pregnant at the time. It keeps it fresh, I guess, not being in one place too long. The year seems to go by pretty fast.”

So it hasn’t exactly been a linear path to the majors, but Roach has been there twice, first in 2014, pitching in 16 games — mostly in relief — for the San Diego Padres and again last season with the Cubs.

He signed a minor league contract with the Seattle Mariners in December and had a solid spring training, posting a 0.96 ERA in 18 2/3 innings out of the bullpen.

Despite making a strong case to start the season in Seattle, the Mariners sent him to Tacoma, where he’s focusing on making quality pitches and waiting for an opportunity. He has struggled in his three starts, going 1-1 with an 8.59 ERA in 14 2/3 innings while allowing 24 hits and striking out only two.

“You never know when you’re going to get an opportunity,” Roach said. “That’s my biggest takeaway from the opportunities I’ve had so far. For most guys sometimes (opportunities are) few and far between, so when you do get it, you just go with it.”

So for now, he’s in the Triple-A rotation, though if he gets a call from the Mariners, it might not necessarily be as a starter.

“That’s the beauty of baseball. You kind of control your own destiny, but you don’t,” Roach said. “There’s opportunities starting and (in the) bullpen, and I’m in a good situation where I can do both, so whichever arises first for me, I’ll be ready.”