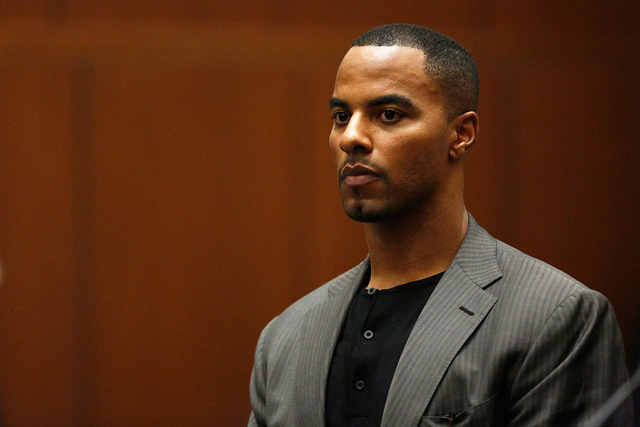 On Friday, Sharper was indicted along with two other men for alleged rapes in New Orleans in 2013. Erik Nunez and Brandon Licciardi, a former New Orleans law enforcement officer, also were indicted by the grand jury.

Sharper and Nunez are both accused of sexually assaulting two women in September 2013, and Sharper faces another rape count stemming from an alleged incident in August 2013.

Licciardi, a former St. Bernard Parish Sheriff’s deputy, was indicted on a charge of aggravated rape that allegedly occurred in February 2013. He also was charged with three counts of human sex trafficking and one count of battery.

Sharper, Nunez and Licciardi could receive life in prison on the Louisiana charges. The judge set bond for Sharper and Nunez at $2.5 million and for Licciardi at $2.9 million.

Sharper also was indicted on federal drug charges related to accusations that he drugged the women before assaulting them.

The cases in California and Arizona also include allegations that he drugged the women before raping them. Similar allegations in Las Vegas are being investigated. A sex assault case in Florida was closed without charges due to insufficient evidence.

Sharper, 39, was a five-time Pro Bowl and two-time All-Pro safety during a 14-year career with the Green Bay Packers, Minnesota Vikings and New Orleans Saints. He retired after the 2010 season and had been working as an analyst for NFL Network, which fired him when the rape allegations surfaced.