The first round of the 2015 NFL Draft only featured two trades – the fewest this century – but it certainly was not without intrigue. Ten takeaway’s from Thursday’s first round:

For Jets general manager Mike Maccagnan and head coach Todd Bowles, the new regime in New York couldn’t have started any better. Picking at No. 6, the Jets landed Southern Cal defensive tackle Leonard Williams, widely considered the best player in the draft. After the quarterbacks were drafted first and second, the Jacksonville Jaguars went pass rusher with Dante Fowler at No. 3, the Oakland Raiders opted for receiver Amari Cooper fourth overall and the Washington Redskins drafted offensive lineman Brandon Scherff at No. 5. And that left Williams on the board for the Jets.

8. Only two trades in the first round.

With an average of six trades in the first round over the last decade and a lot of uncertainty in this class, most around the league expected a lot of movement in this year’s first round. But when the dust settled, only two trades were made on Thursday night. The San Diego Chargers traded up two picks with the San Francisco 49ers at No. 15 to secure running back Melvin Gordon and the Denver Broncos traded from No. 28 to No. 23, picking up the Detroit Lions’ pick in order to draft pass rusher Shane Ray.

Speaking of Shane Ray, he was drafted Thursday after a turbulent week that included a citation for drug possession and a lingering toe injury that might need surgery. Some believed he could slip out of the first round altogether, but that wasn’t the case as Denver traded picks to secure the services of the former Missouri pass rusher. While Ray was drafted, two other players with question marks were not drafted: Nebraska pass rusher Randy Gregory and LSU offensive lineman La’el Collins. Gregory shouldn’t have to wait too long on day two to hear his name called, but where Collins lands is anyone’s guess.

With two first round picks and ammunition to possibly trade up for a quarterback, the Browns strongly considered making a move to trade for Mariota. But in the end, the asking price was too high and general manager Ray Farmer and the Browns stayed put at picks No. 12 and 19, drafting two very safe players: Washington nose tackle Danny Shelton and Florida State offensive lineman Cameron Erving. Shelton is a true two-gapping nose tackle who will anchor Mike Pettine’s defense and be an every-down player if needed. Erving has legitimate versatility anywhere on the offensive line, providing Cleveland with a utility lineman in 2015 who likely becomes a full-time starter in 2016 depending on the futures of Alex Mack and/or Mitchell Schwartz.

Wait, I thought the running back position was devalued? Anyone who watches an NFL game knows that simply isn’t true and a talent like Georgia’s Todd Gurley was too good to pass up for the St. Louis Rams at pick No. 10. Despite having a full backfield on paper, led by 2014 third round pick Tre Mason, St. Louis couldn’t pass on the impact potential that Gurley brings to a team that faces a tough NFC West schedule. He is the first top 10 running back drafted since Trent Richardson in 2012 and the first Georgia running back to be selected in the first round since Knowshon Moreno in 2009.

4. Colts pass on other needs, give Andrew Luck a speedy toy.

When forecasting the Colts’ needs, defense and offensive line seemed to command the discussion. But Indianapolis decided to go in a different direction, drafting Miami’s Phillip Dorsett at No. 29 overall in the Thursday’s first round. Dorsett joins T.Y. Hilton, Andre Johnson, Donte Moncrief and Duron Carter as weapons in the wideout arsenal for quarterback Andrew Luck. This pick will receive criticism because the Colts bypassed needs in other areas for a “luxury” pick, but Dorsett has the blur speed that could be a home run for Indianapolis’ offense.

3. Six wide receivers drafted in the first round – the most since 2009.

As expected, offensive line, pass rusher and cornerback were all well represented on day one of the NFL Draft. But in somewhat of a surprise, six wide receivers were drafted Thursday night, the most since six were drafted in the 2009 NFL Draft. Amari Cooper (fourth to Oakland) and Kevin White (seventh to the Chicago Bears) were both drafted top 10 as expected, followed by DeVante Parker at No. 14 to the Miami Dolphins. Then in the second half of the first round, Nelson Agholor came off the board at No. 20 to the Philadelphia Eagles, followed by Breshad Perriman to the Baltimore Ravens at No. 26 and Dorsett to the Colts at pick No. 29.

The Giants were eyeing offensive line at pick No. 9 and with Brandon Scherff off the board, Ereck Flowers was the pick. He became the first Miami Hurricane to be drafted among the top 20 selections since 2005, when Antrel Rolle was the eighth overall pick. For a program that had five top 20 picks in the 2004 NFL Draft alone, it’s good to see such a talent-rich school represented high in the draft once again.

1. Underclassmen well represented in the first round, falling just short of record.

With the first round in the books, 18 underclassmen were drafted on Thursday night, above the five-year average (16) and one away from the record of 19 that was set in 2012. The first four picks of the night were underclassmen, seven of the first 10 and 13 of the top 20. The top underclassmen who weren’t drafted: Gregory, Oklahoma’s Dorial Green-Beckham and Alabama’s Landon Collins.

NFL draft could be coming to Las Vegas, and Raiders owner Mark Davis would welcome it with open arms 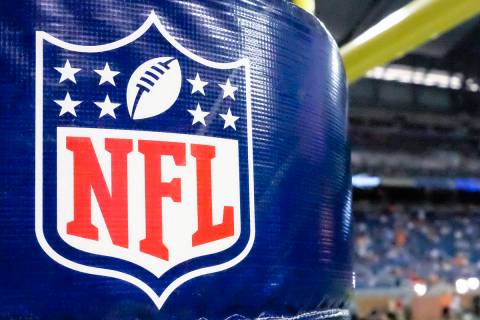 Under the new NFL playoff format, the pool of teams will expand from 12 to 14.