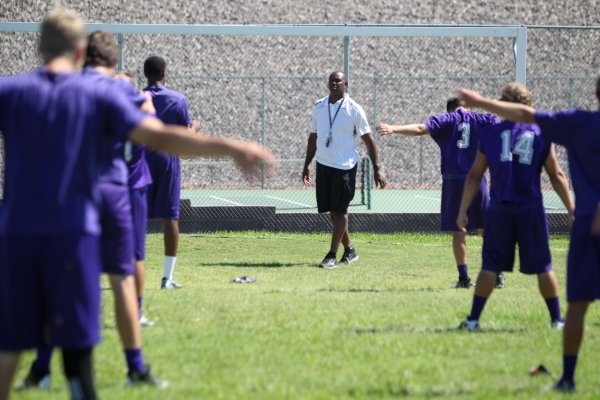 Here’s a look at some of the most interesting games for the opening week of the high school football season.

Arbor View at Desert Pines — The Aggies have become a consistent power in the Division I Sunset Region, and are generally among the area’s top running teams with their double-wing offense. But they face a stiff test in the opening week against Desert Pines, the Division I-A state runner-up last season. Arbor View must replace its top two rushers, but have one of the area’s best offensive linemen in Keenen King leading the way. Desert Pines returns its top two offensive weapons in quarterback Marckell Grayson and running back Isaiah Morris. But the Jaguars lost some key linemen to injury already this season.

Moapa Valley at Sierra Vista — The Mountain Lions looked good in their first year at the Division I-A level last season, ending up second in the Sunset League. But they face a Moapa Valley team that has made it to the state title game in eight of the last nine seasons. The Pirates feature one of the area’s top threats in receiver R.J. Hubert.

Palo Verde at Coronado — Both teams had success last season, posting 7-4 records. But both will be debuting first-year head coaches. Joe Aznarez takes over for longtime head coach Darwin Rost at Palo Verde. The Panthers have bookend tackles Kyler Hack (6-6, 280) and Edgar Burrola (6-6, 275) leading the way for their ground game. William Froman takes over for Brad Talich at Coronado after Talich guided the Cougars to three straight playoff appearances.

Silverado at Shadow Ridge — Another game featuring a pair of first-year head coaches. Former UNLV and NFL standout Randall Cunningham makes his head coaching debut as his Skyhawks travel to Shadow Ridge. First-year Mustangs head coach Travis Foster hopes to have his squad in the playoff mix in the Southwest League.

Chandler (Ariz.) at Bishop Gorman (7 p.m. Saturday) — This is a battle of nationally-ranked teams as the Gaels start their defense of their mythical national title. Gorman, ranked third in the nation by USA Today, is led by several high-profile recruits, including junior quarterback Tate Martell and junior receiver Tyjon Lindsey. Chandler already is 1-0 and is ranked No. 20 in the nation by USA Today.

Go to nevadapreps.com for a full schedule and complete scoreboard.