So his opposition to Army and Navy (and CBS) for sticking with their plan to play a week after everyone else has completed the regular season and conference championship games has nothing to do with the military and our beautiful country.

The simple fact is the stubbornness exhibited by those parties is bad for college football.

And Thompson is right, especially now that Navy is in the American Athletic Conference, giving the Midshipmen greater access to a New Year’s Six bowl.

The Army-Navy game is a week after all the playoff spots and bowls are supposed to be settled. If Navy is the highest-ranked team from the so-called Group of Five conferences, the other four leagues and their bowl partners probably will have to wait a week for the Midshipmen to play that final game.

The highest-ranked team from one of those bottom five conferences is guaranteed a spot in the New Year’s Six bowl, which went to Boise State last season.

So if it comes down to Boise State and Navy at the end of the season with the Midshipmen ahead in the College Football Playoff rankings, the Broncos must wait a week to see what happens. And so will the Las Vegas Bowl, which will lose valuable time in an already tight schedule of selling tickets and promoting its game.

“Let’s say everything is delayed a week,” Thompson said. “That gives a Mountain West team seven days, from Saturday to Saturday, to go to the Las Vegas Bowl. It’s hard enough now on Dec. 5 having barely a couple of full weeks to get ready for it. One week would be, c’mon.”

There’s a simple fix. Insist Army and Navy play the game earlier in the season or make them ineligible for a New Year’s Six game regardless of the record.

Thompson is all for moving up the game, but don’t count on it happening. Navy athletic director Chet Gladchuk made that stance clear in an interview with USA Today, saying he’s even willing to sacrifice a shot at the playoffs if that’s the price for staying put.

“I’m a full American,” Thompson said. “I’m all in favor of the Army-Navy game. I think it’s a tremendous athletic event, but it’s disruptive to 128-plus other FBS schools.”

Thompson and his conference have a vested interest. The Mountain West has been ranked first among the nonpower conferences in eight of the past 11 seasons and second twice.

And it’s not as if Thompson is unfamiliar with service academies. Air Force has been a member of the Mountain West since the conference began playing in 1999.

“For 16 years, Air Force has played as part of this (Bowl Championship Series) system and part of a bowl system, and they’ve played Army and Navy in November and October,” Thompson said.

No reason Army and Navy can’t find a similar date.

■ SABAN SPEAKS OUT — Alabama coach Nick Saban didn’t like that the Southeastern Conference created a rule to prohibit league schools from taking players who were disciplined at their previous stop for a major offense such as sexual assault.

It was Saban taking such a player, Jonathan Taylor, that was the impetus for the rule getting passed. Alabama signed the junior college transfer, who had a domestic violence charge pending. Then three months after arriving at Alabama, Taylor was charged with domestic violence, and the university kicked him out of school.

That’s where Saban got into more trouble, naming two players who were at rival Auburn. And he was wrong. Newton and Marshall were never accused of anything as serious as domestic violence, and they would have been able to attend Auburn even if the rule existed then.

Saban was just trying to stick it to Auburn, but in missing the mark, all his comment did was remind everyone why the rule was created in the first place.

Over the next two years, ACC teams will play games at Fenway Park, Bristol Motor Speedway and in Dublin. The league also has a tie-in with the Pinstripe Bowl in Yankee Stadium.

The Mountain West also has talked with the Pac-12 Conference about playing a bowl in Australia, though that happening is unlikely because of the logistical issues of such a long trip. 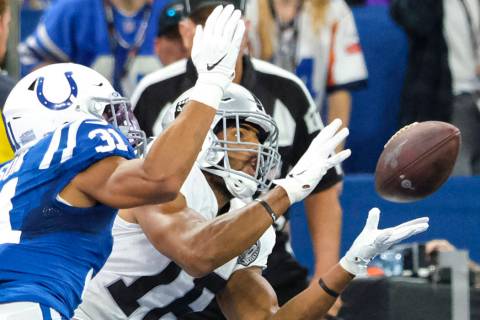 The Raiders plan to add a No. 1 wide receiver. Here is a look at where they might turn in the draft and free agency to fine one. 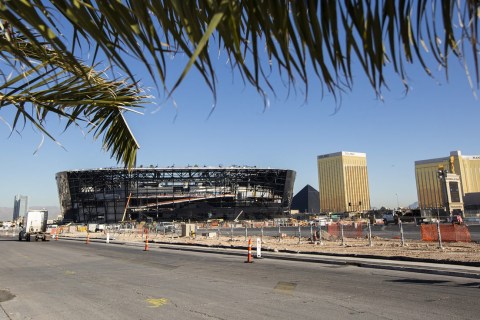 The Las Vegas Stadium Authority showed a timelapse of the construction of Allegiant Stadium at their meeting Thursday, accompanied by the Golden Knights’ intro music. 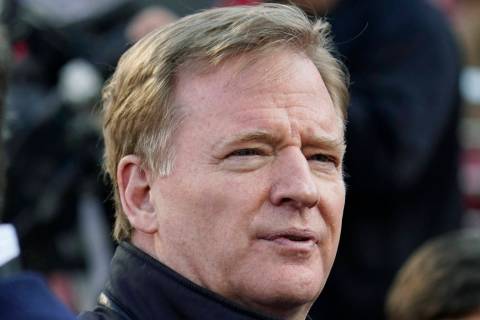 As the NFL gets closer to having its first franchise in Las Vegas, league commissioner Roger Goodell will be in town on Friday as a featured speaker at Preview Las Vegas. 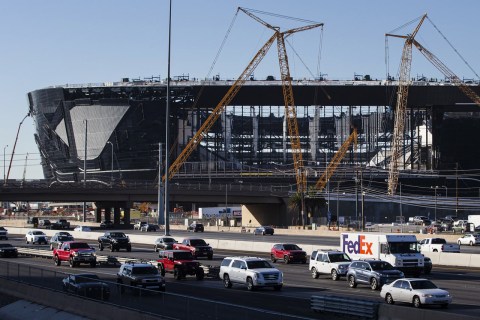 Robust PSL sales have boosted the stadium budget by $228 million over original estimates, according to the latest financial report provided by the Las Vegas Stadium Authority. 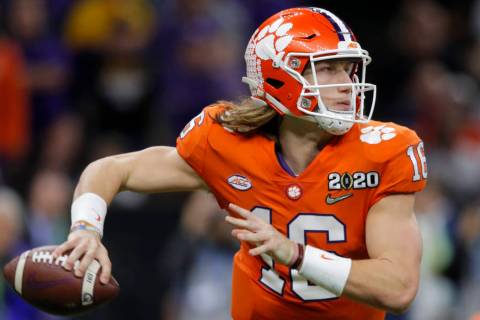 Sportsbooks give the Tigers the best chance at winning the College Football Playoff next season with quarterback Trevor Lawrence returning for his junior season. 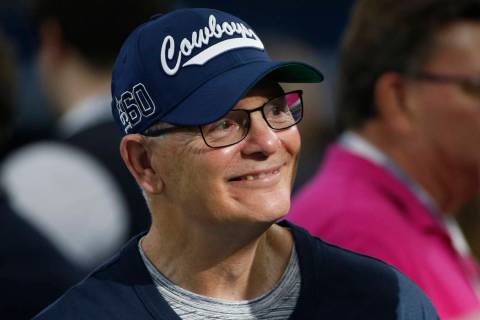 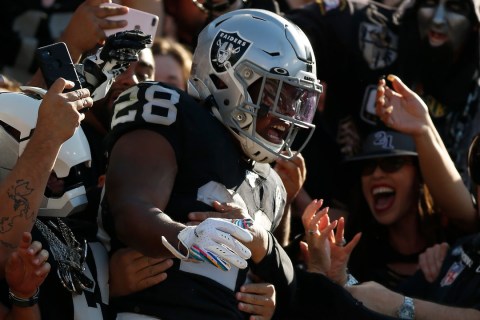 After a strong first season, Raiders running back Josh Jacobs has been named Offensive Rookie of the Year by the Pro Football Writers of America.