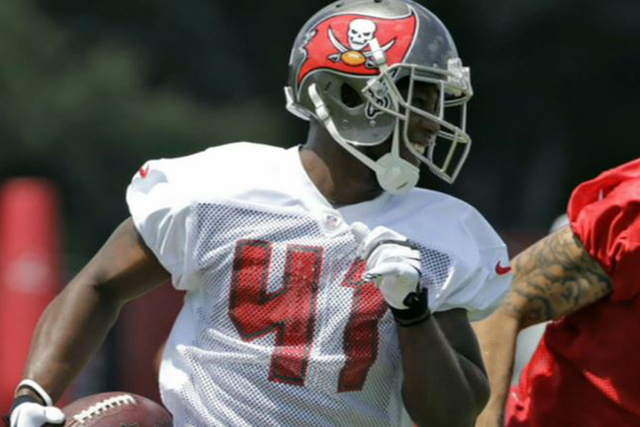 Tampa Bay Buccaneers cornerback C.J. Wilson injured his hand during a fireworks accident over the weekend.

“We are aware that C.J. was involved in an accident that occurred over the July 4th holiday,” the team said in a statement Wednesday. “It is our understanding that the injury occurred to one of his hands and our primary concern at this moment is for his long-term health. We have been in contact with C.J. and are continuing to monitor the situation.”

“As we are dealing with a medical issue, we are in contact with the ball club as well and they are taking the lead on any information to the public regarding his condition or anything football-related,” Turner told Pro Football Talk via text message. “With federal law on releasing medical information, etc., we are deferring any media issues to the Tampa Bay medical staff/front office.”

The Tampa Bay Tribune reported that Wilson’s future with the Bucs may be in jeopardy as a result of a “severe hand injury” he suffered in the fireworks accident.

Wilson, 25, is slated to begin his second season with the Bucs when training camp opens later this month. He appeared in two games for Tampa Bay in 2014, playing primarily on special teams and recording four tackles. Wilson is in the final season of his two-year deal that carries a non-guaranteed base salary of $585,000 for the 2015 season.

Wilson becomes the second NFL player to have suffered a hand injury during a Fourth of July weekend mishap.