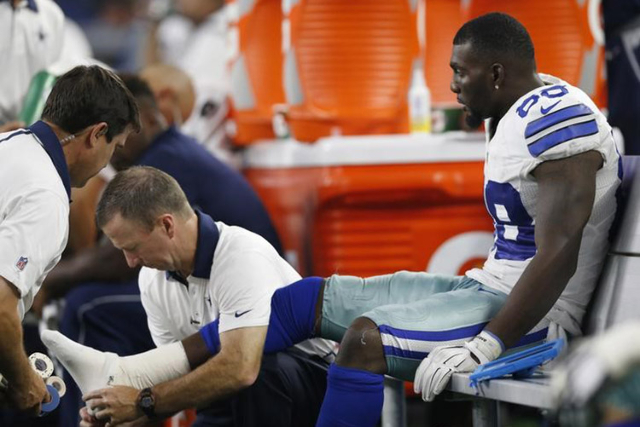 Sep 13, 2015; Arlington, TX, USA; Dallas Cowboys receiver Dez Bryant (88) gets his right ankle worked on by trainers while on the bench in the fourth quarter against the New York Giants at AT&T Stadium. Mandatory Credit: Matthew Emmons-USA TODAY Sports 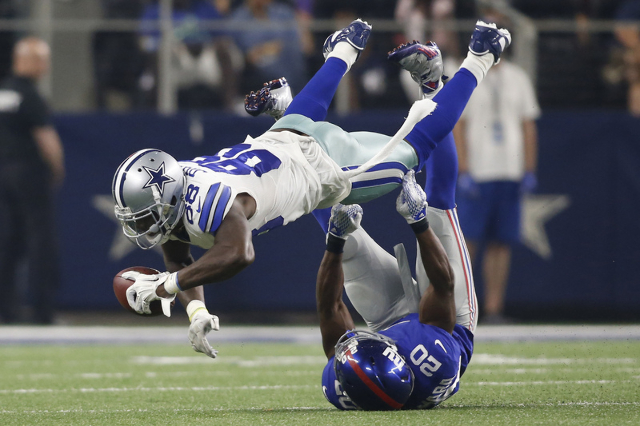 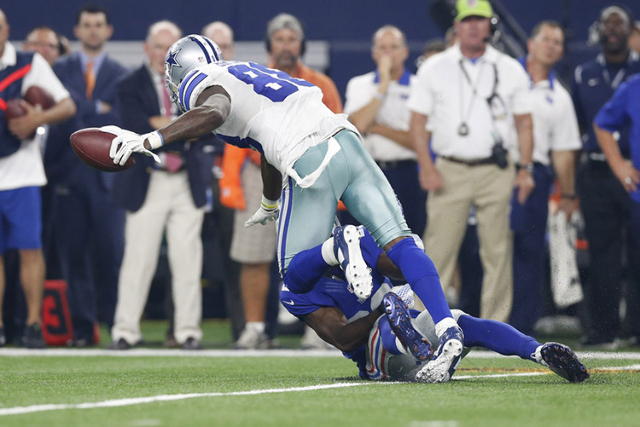 Dallas Cowboys wide receiver Dez Bryant will miss at least one month recovering from surgery to repair a broken bone in his right foot.

Bryant broke his foot during the third quarter of his first game since signing five-year, $70 million contract in July.

“I hurt for him right now, because I know how much he loves to play this game,” said quarterback Tony Romo.

Bryant had a difficult opener even before getting injured. He left the game in the first half to be treated for dehydration. He finished with five catches for 48 yards and was replaced by Terrance Williams as the Cowboys’ primary receiver. Tight end Jason Witten and slot receiver Cole Beasley will get more looks, but offensive coordinator Scott Linehan said replacing Bryant will be a week-to-week adjustment based on the opponent.

Devin Street, a second-year player from Pitt, could start and got up to speed during offseason workouts Bryant skipped during a contract dispute.

“We really worked on our depth with Dez not being there in the offseason,” Linehan said Sunday.

Owner Jerry Jones said Bryant will have a pin inserted in his foot during surgery which is expected to take place Tuesday.