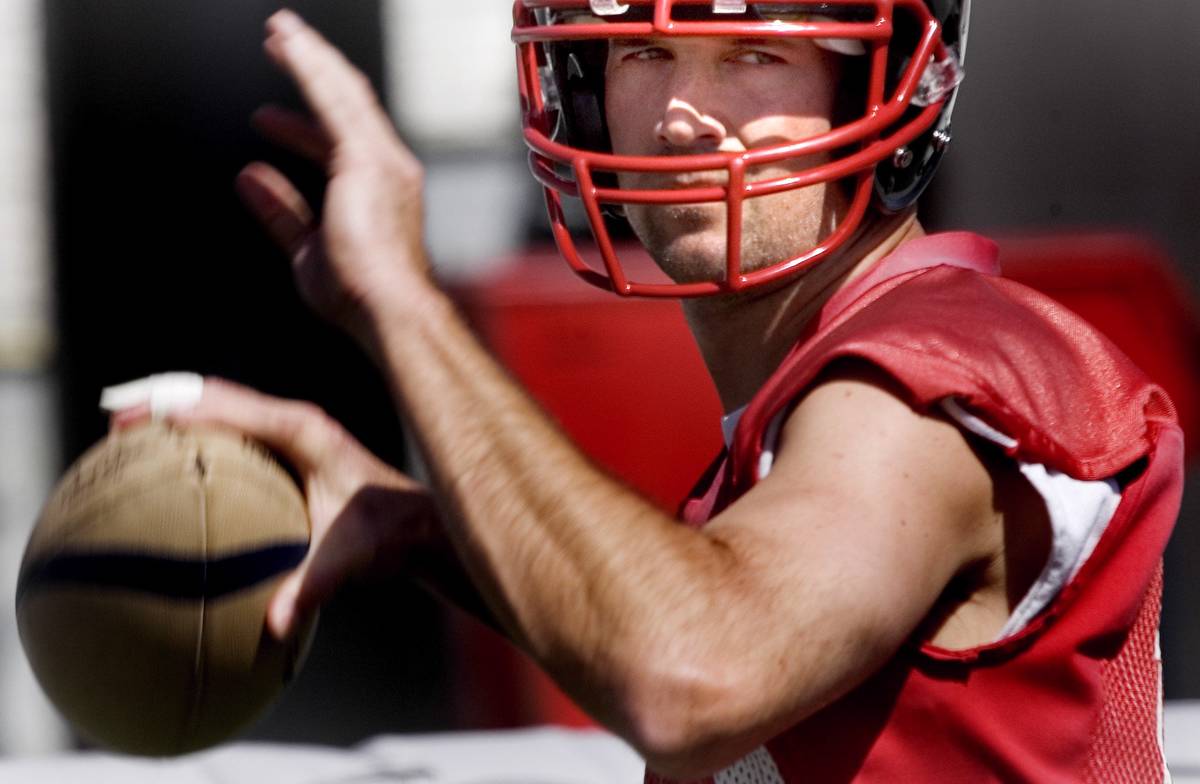 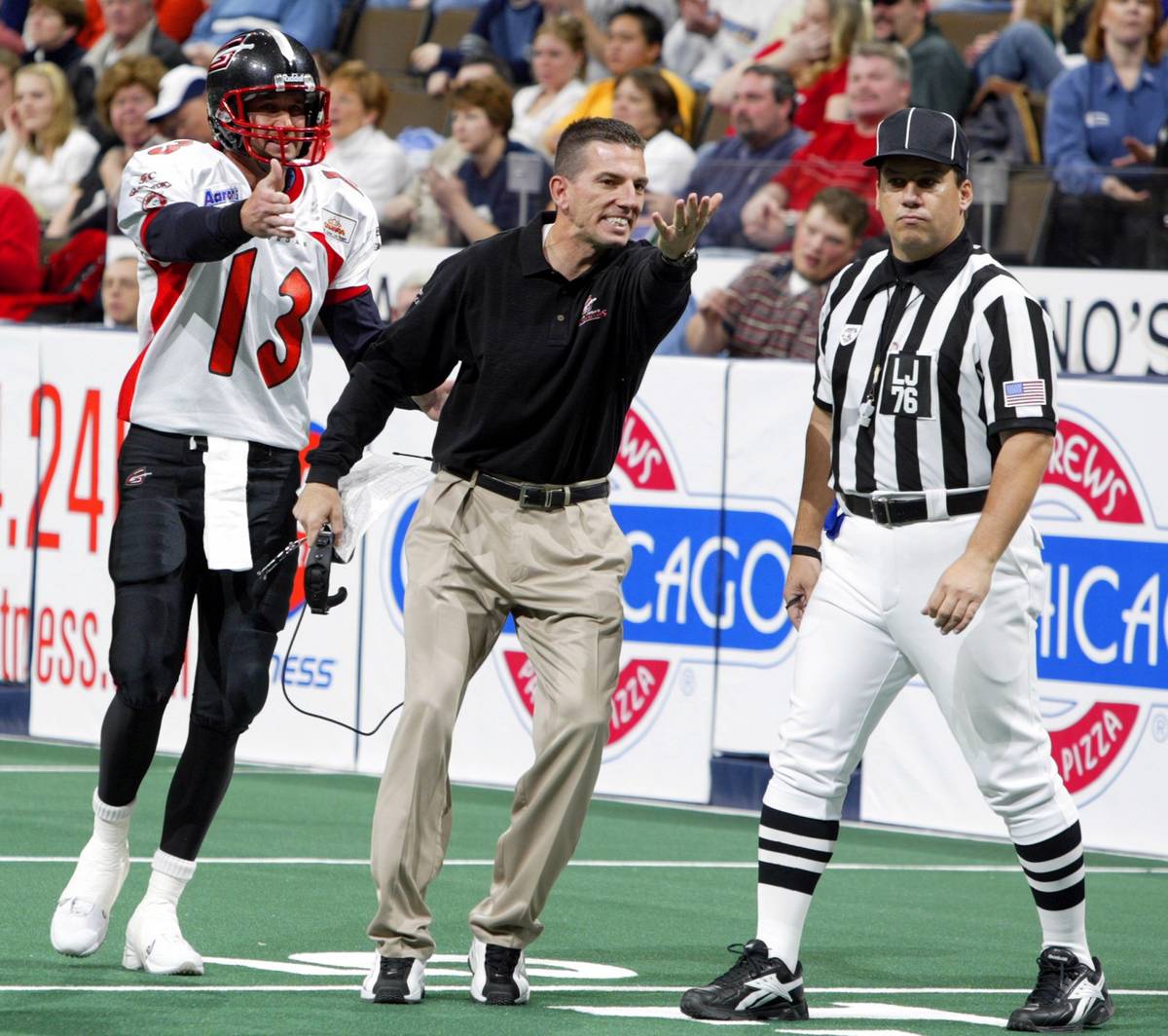 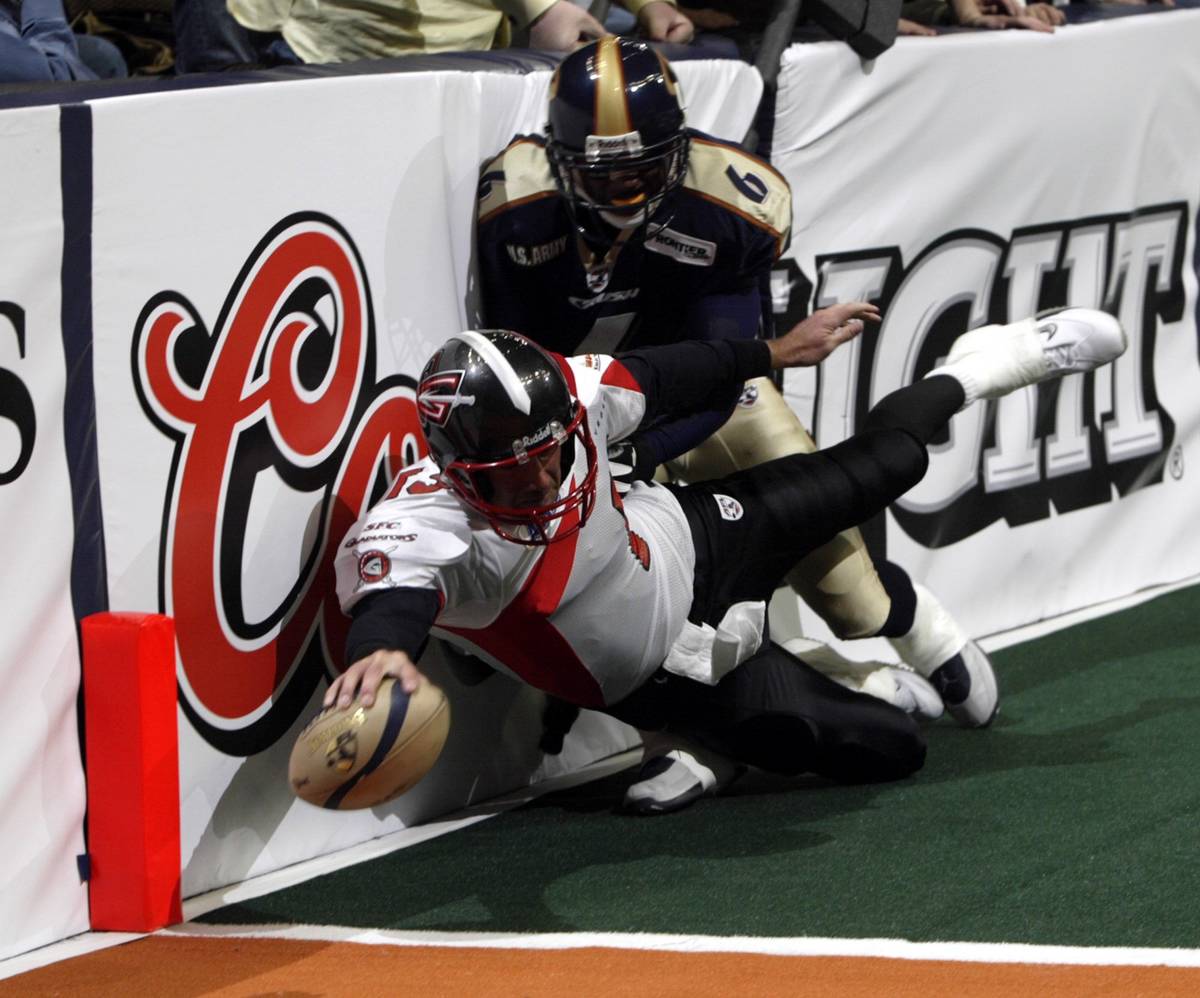 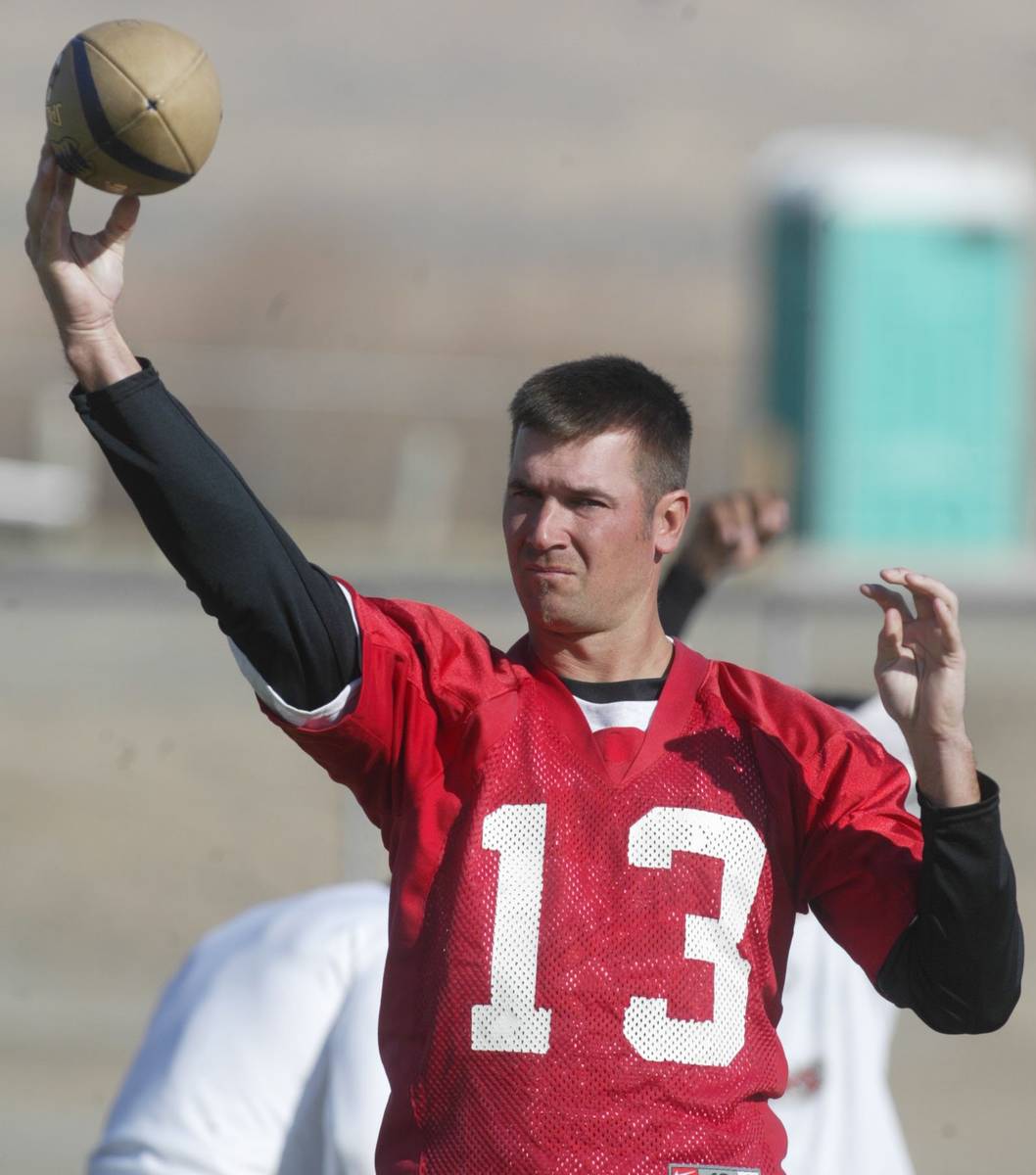 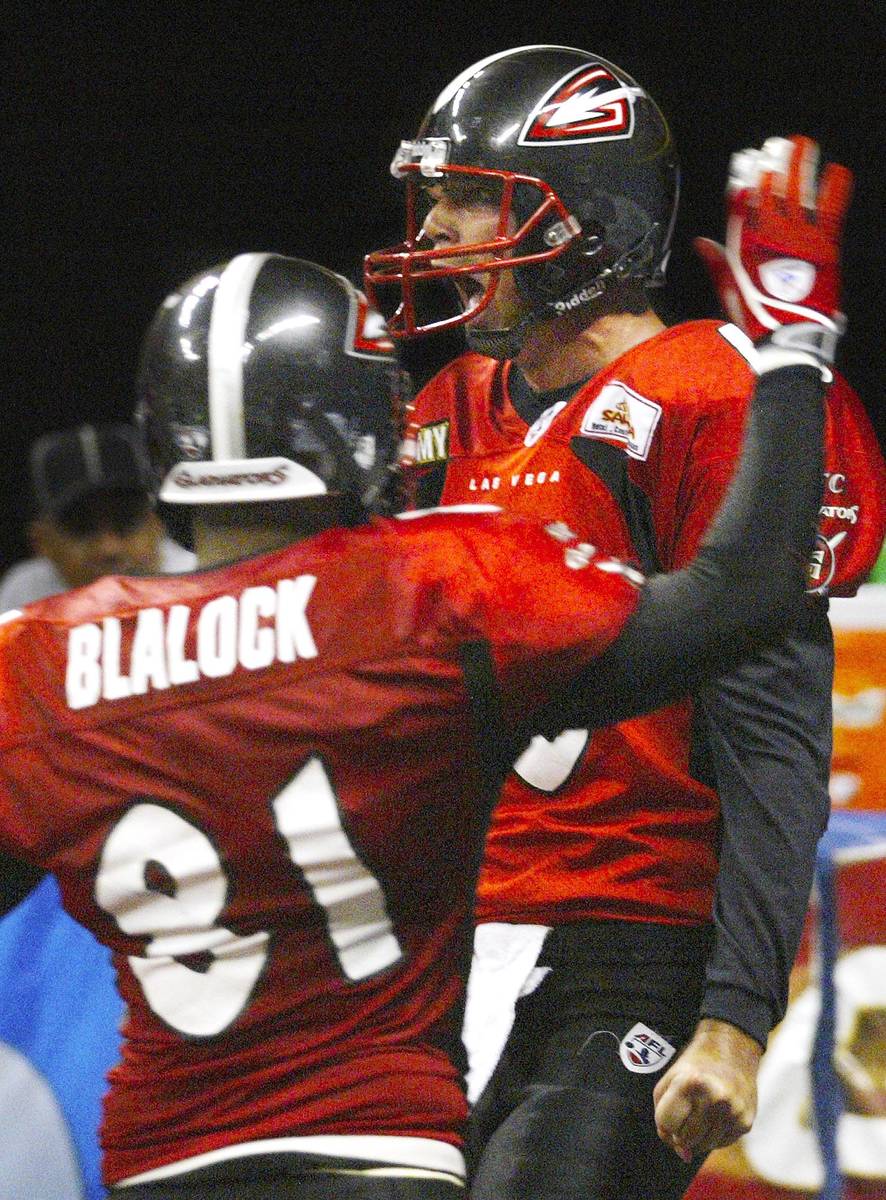 The Arena Football League tried three times to make its brand work in Las Vegas, the second try coming the closest to succeeding as the team built a loyal but not large fan base.

The Las Vegas Gladiators lasted for five seasons before moving to Cleveland in 2007, and for two of those years, quarterback Clint Dolezel was the unquestioned face of the franchise.

“What’s not to like about Las Vegas?” Dolezel said. “There are a lot of things I like to do. Is there a better golf place? California and Florida maybe? Texas is right there with it, but, man, it was a great time. I was sad it was only two years.”

His 4,428 yards in 2004 led the league and his 93 touchdowns were second. Dolezel threw just five interceptions that season.

The Gladiators, however, went 8-8 each season and failed to qualify for the playoffs. Dolezel then left for Dallas, where he played his final three seasons, twice passing for more than 100 touchdowns.

Dolezel and wide receiver Marcus Nash spent much of their time in the Las Vegas area trying different golf courses. Their preferred places were Siena, Red Rock and especially Wolf Creek in Mesquite. Dolezel, who carried a 1 or 2 handicap at the time, called Wolf Creek the best course he has played.

“Man, that course is unbelievable,” he said. “Anybody that has the imagination and the money to make a course out of the mountains, it’s amazing.”

Dolezel, 50, has followed a successful playing career with perhaps an even better coaching one. He was a three-time AFL Coach of the Year and led the Philadelphia Soul to two ArenaBowl championships.

After the league declared bankruptcy Nov. 27, Dolezel returned to his native Texas and was named coach of the Frisco Fighters of the Indoor Football League.

He believes in the viability of arena football, but said making it work financially has been the challenge. That the sport has been around for 33 years, Dolezel said, gives him hope.

Las Vegas had a small but loyal following when the Gladiators were in town.

Attendance dropped enough during the first four years at the Thomas & Mack Center that the Gladiators were forced to move to the smaller Orleans Arena in 2007, where about 2,500 showed up for the games. But Las Vegas typically had among the top TV ratings in the league.

The city has since attracted the attention of the major leagues, with the Golden Knights trying to finish their third season and the Raiders hoping to play their first.

Dolezel said he thinks the Raiders will be successful. But he expects much of that support to come from outside the market because Las Vegas’ metro population is about 2.2 million, which places it on the lower end among NFL cities

After coaching the Beijing Lions to the 2016 China Arena Football League championships, Dolezel said his views on city sizes are skewed.

“You’ve got to realize when I went to China and we went to the small cities, they still had 15 million people,” he said.