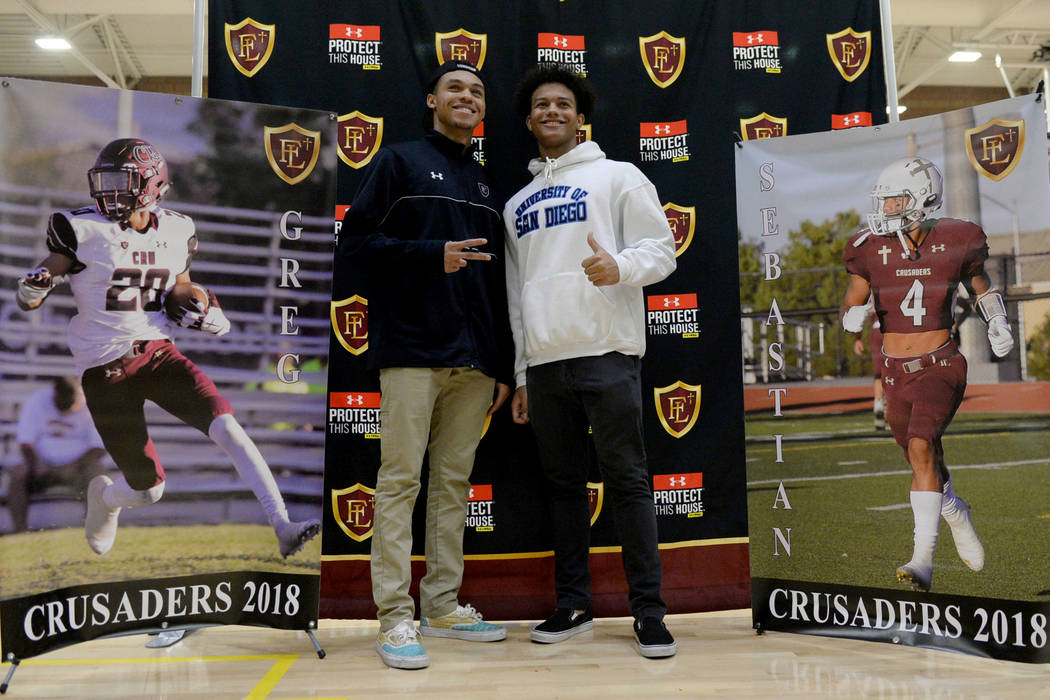 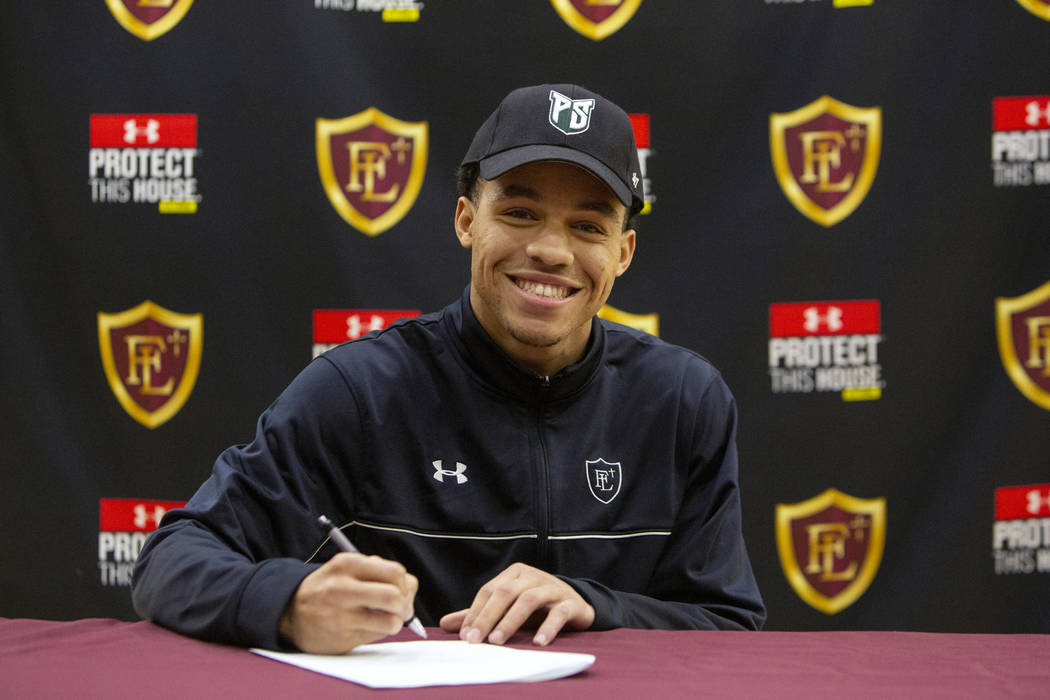 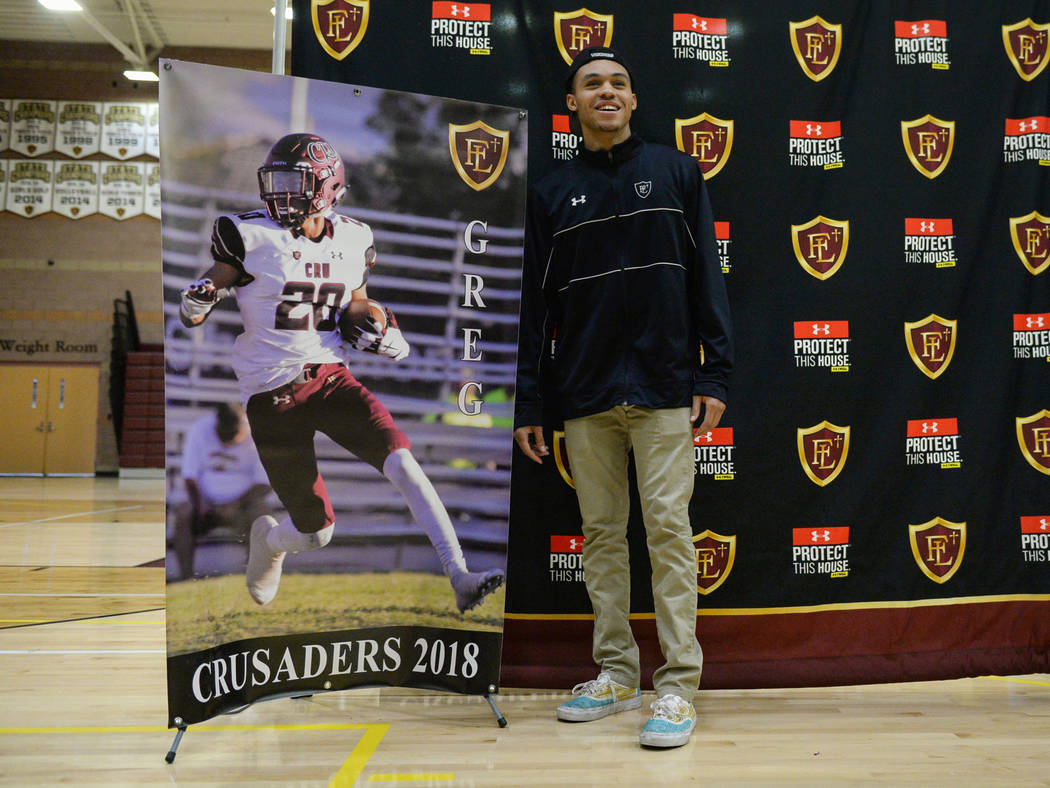 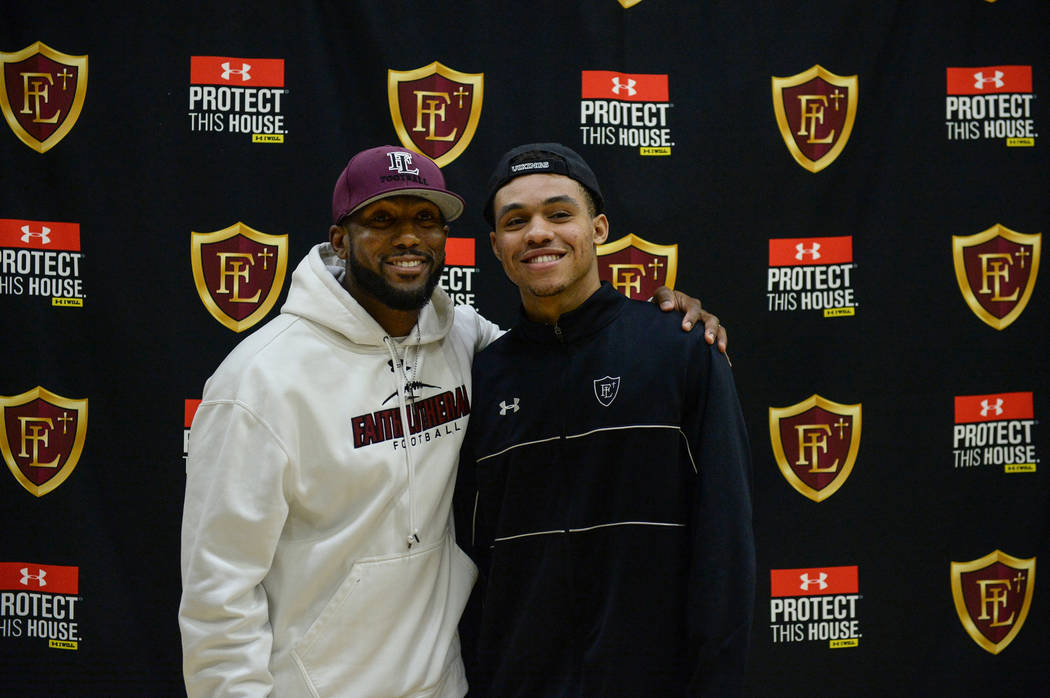 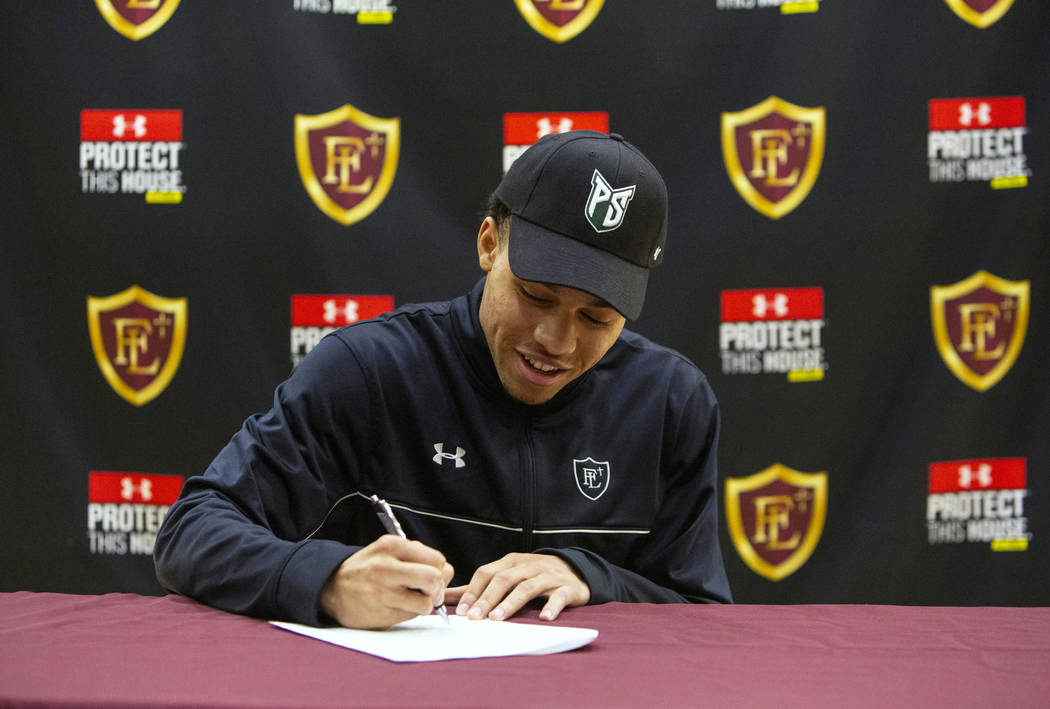 He ensured Wednesday that he will play at one more.

Oliver signed a national letter of intent to play for Portland State during Faith Lutheran’s National Signing Day rally inside the school’s gymnasium.

The 5-foot-10-inch, 165-pound cornerback was joined in celebration by teammates, coaches, family members and dozens of students who watched six other Crusaders student-athletes affirm or announce their college commitments.

“After all the different schools and everything, it just means a lot for all my hard work to have paid off in the long run,” Oliver said. “I’m here now.”

Oliver started in the secondary for the Gaels as a sophomore in 2016, but was dismissed from the team the following summer and transferred to JSerra Catholic in San Juan Capistrano, California, for his junior season.

He returned to Las Vegas for his senior season and identified Faith Lutheran as an ideal fit.

“Coming here, especially for his senior year, we wanted to bring him somewhere with a family atmosphere. A place where we could reach out and know the coaches had the players’ best (interest)” said his father, Greg. “They gravitated toward Greg and made sure he was ready for the next level.”

Oliver, billed as one of the city’s top defensive backs while at Gorman, picked up right where he left off and had 43 tackles and seven interceptions — one that he returned for a touchdown — for the Crusaders en route to first-team all-state honors.

He played a little offense, too, and had 189 receiving yards with three touchdowns for Faith Lutheran, which finished 8-5 and advanced to the Mountain Region championship game.

“I prayed we had an impact on him. I know he had an impact on us,” Faith Lutheran coach Vernon Fox said. “He’s a good player. He’s one of the best high school players that I’ve been around, and I said that to every college coach that came here and recruited him.”

“We all know each other,” Oliver said. “They’re good people to me.” 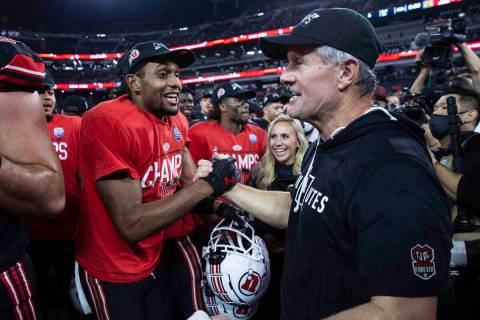 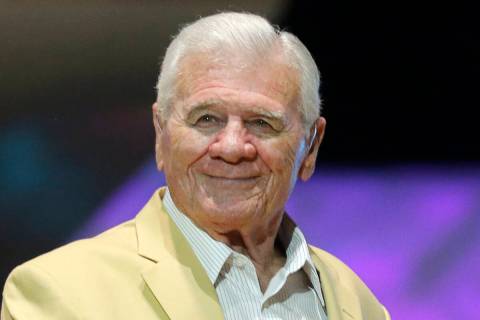