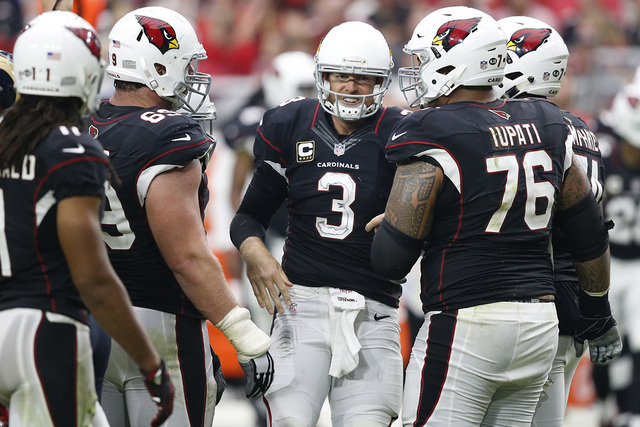 Arizona Cardinals quarterback Carson Palmer (3) is helped up after a getting sacked against the Los Angeles Rams during an NFL football game in Glendale, Ariz., Oct. 2, 2016, (Ross D. Franklin, File/AP)

The Jets (1-4) enter tonight’s game on a three-game losing skid and just one victory on the season that came in Week 2 over the Buffalo Bills.

Arizona (2-3) enters the matchup off a Week 5 win on the road over the San Francisco 49ers.

The two sides haven’t faced each other for four seasons, and in the last three meetings between the two sides, the Jets have dominated with all three victories (2012, 2008, 2004).

Here’s everything you need to know if you want to watch on television in Las Vegas:

If you can’t catch tonight’s game from home on television or online, the valley does offer a slew of NFL team bars where you can cheer on your team with other fans.