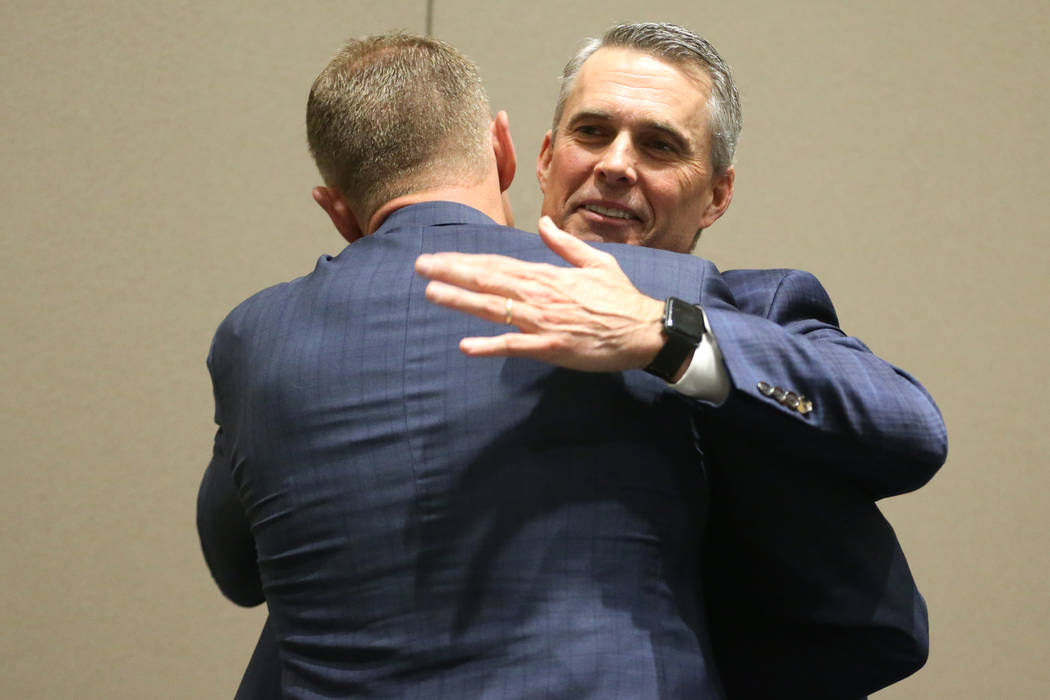 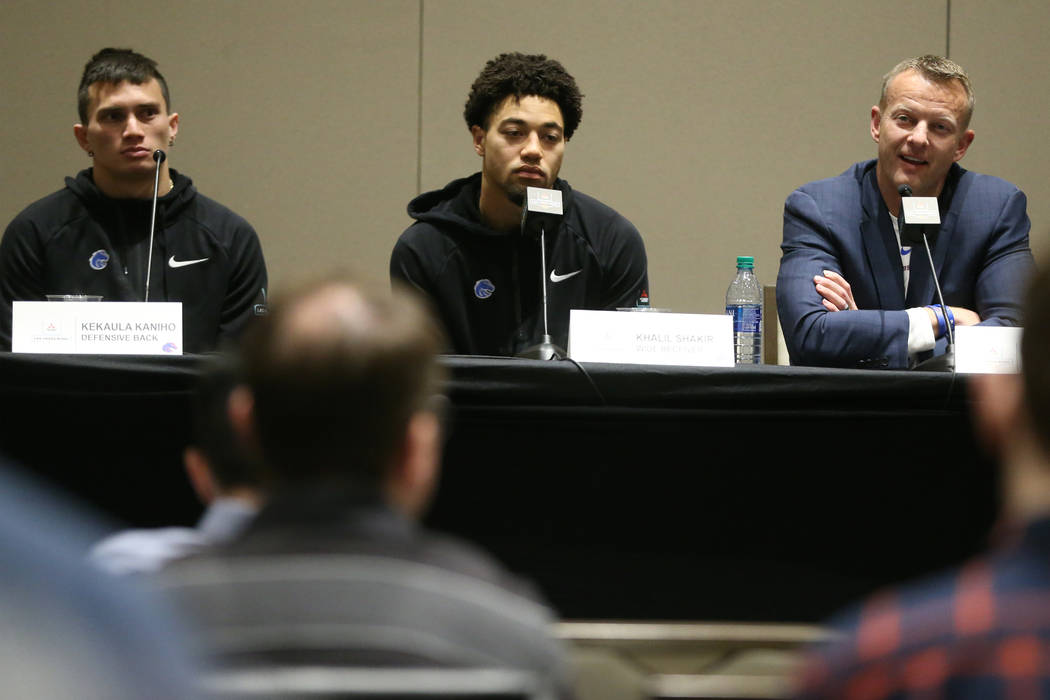 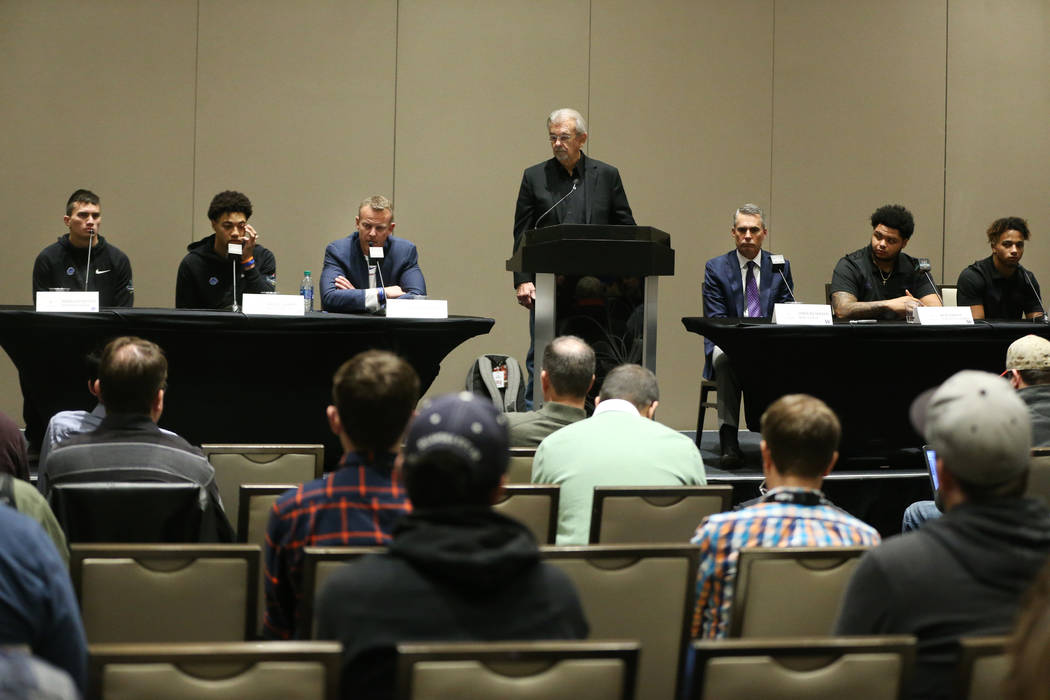 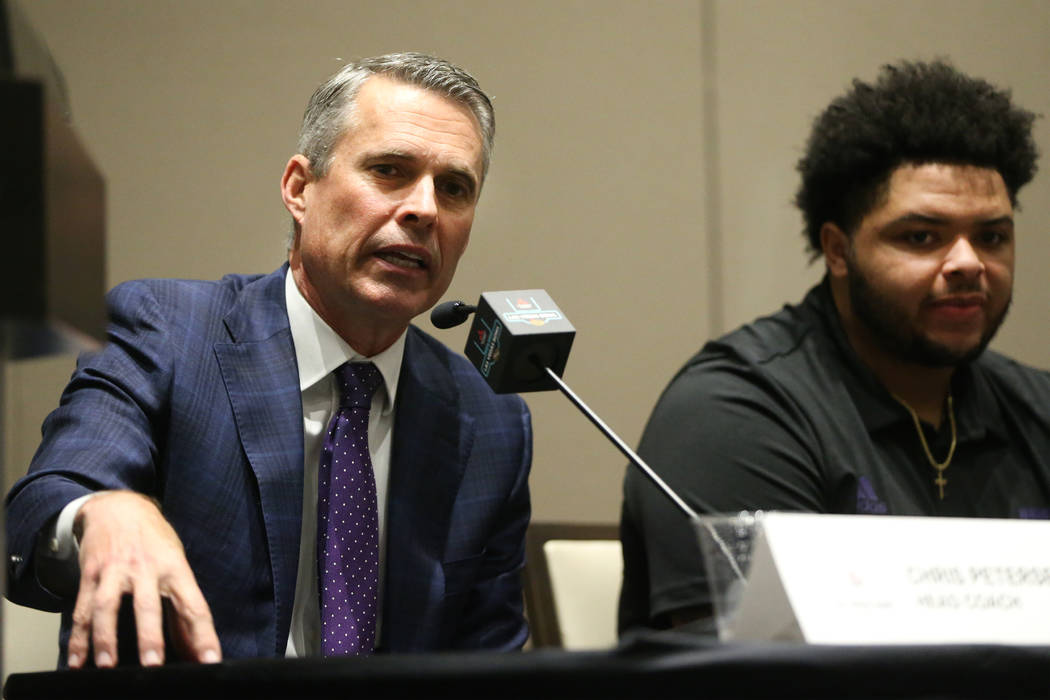 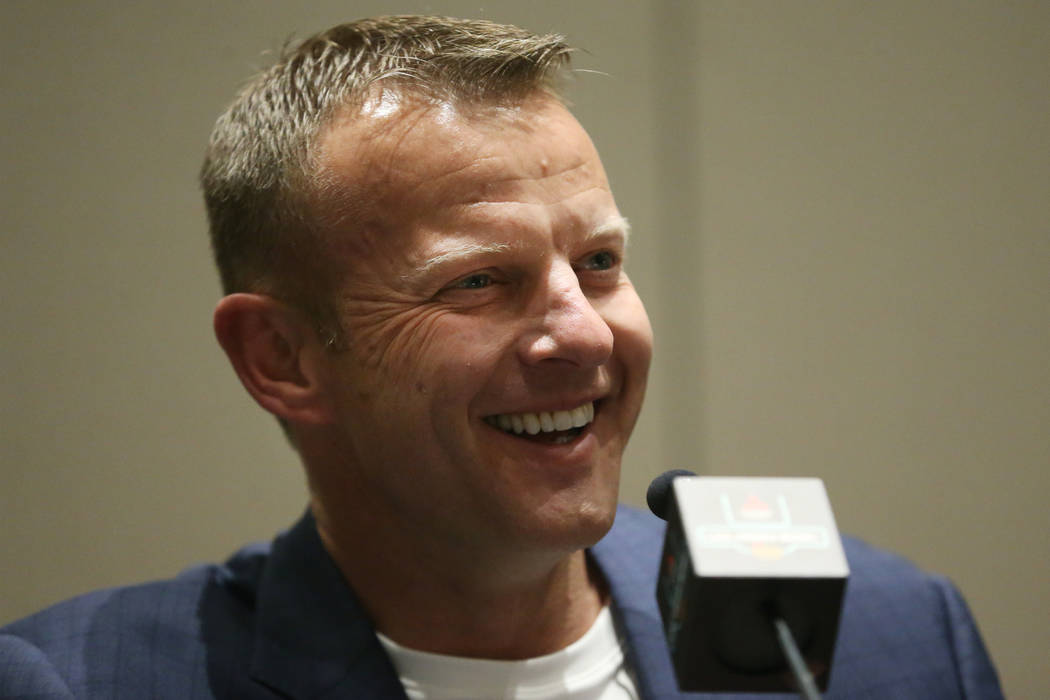 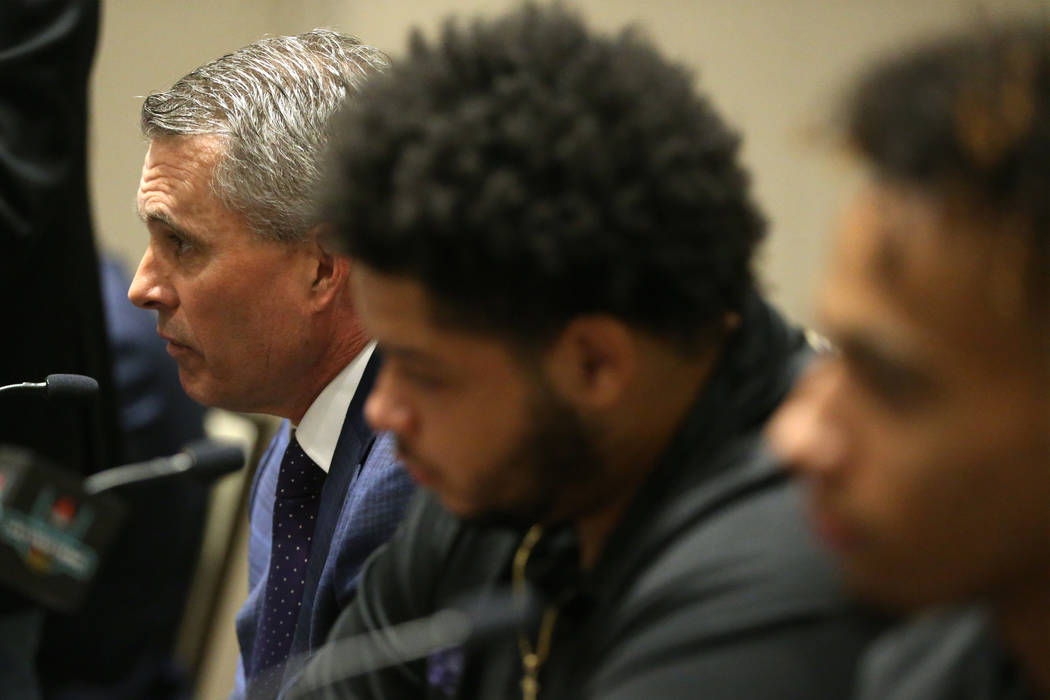 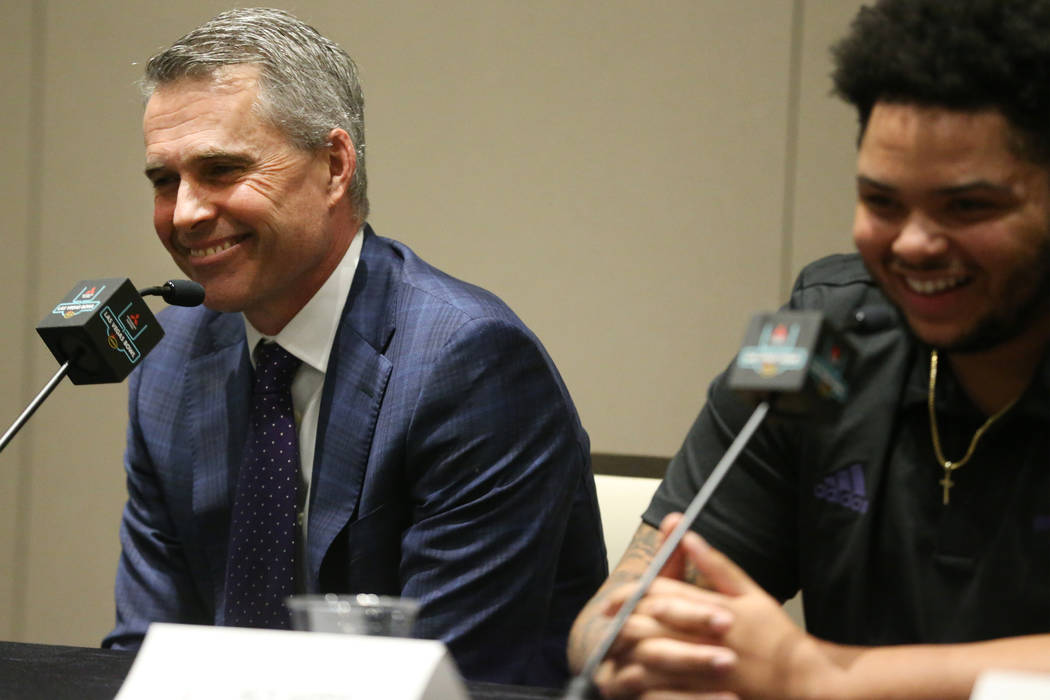 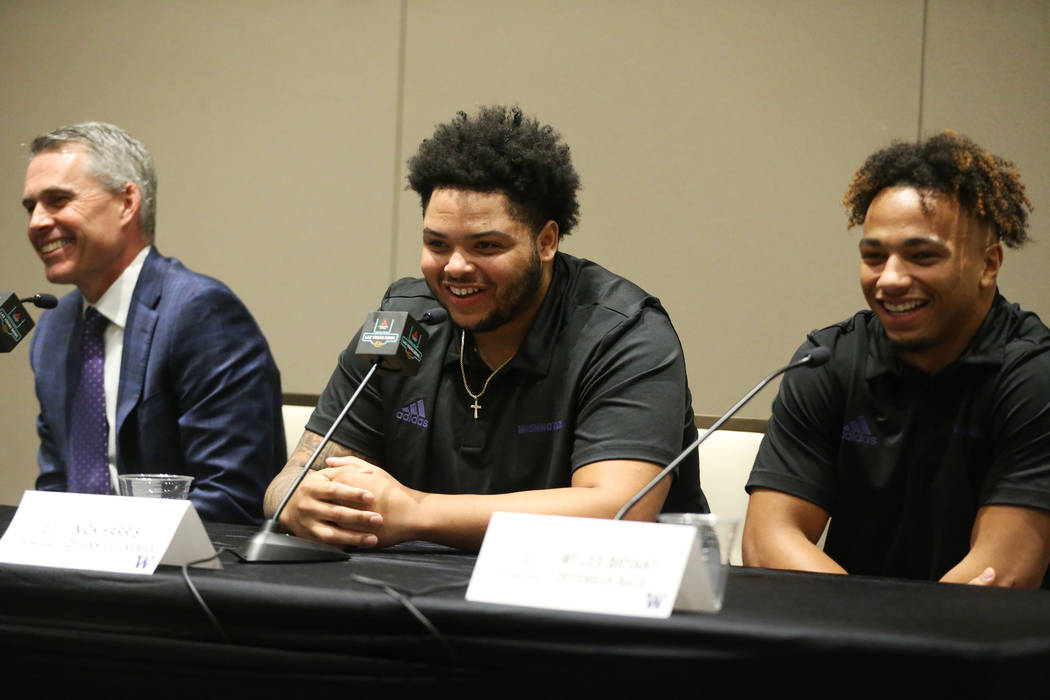 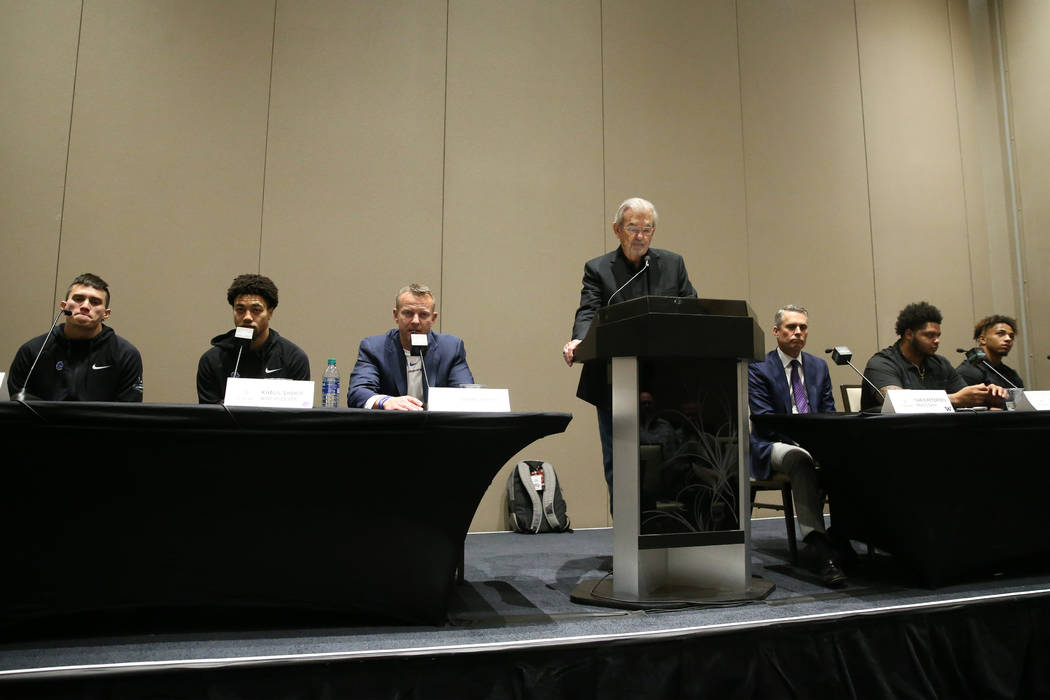 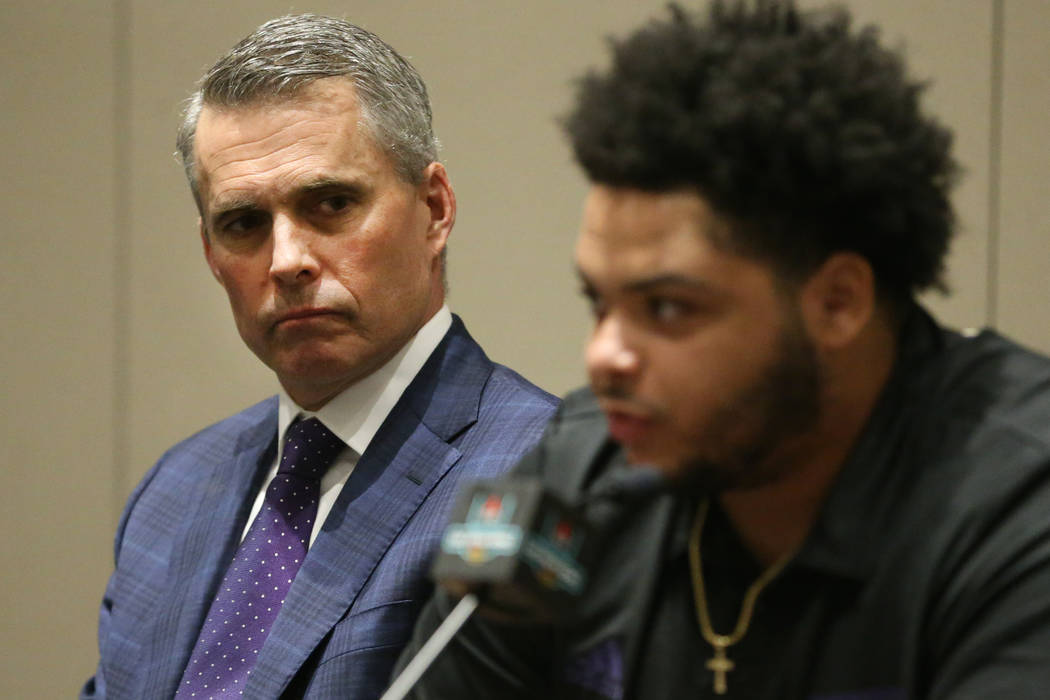 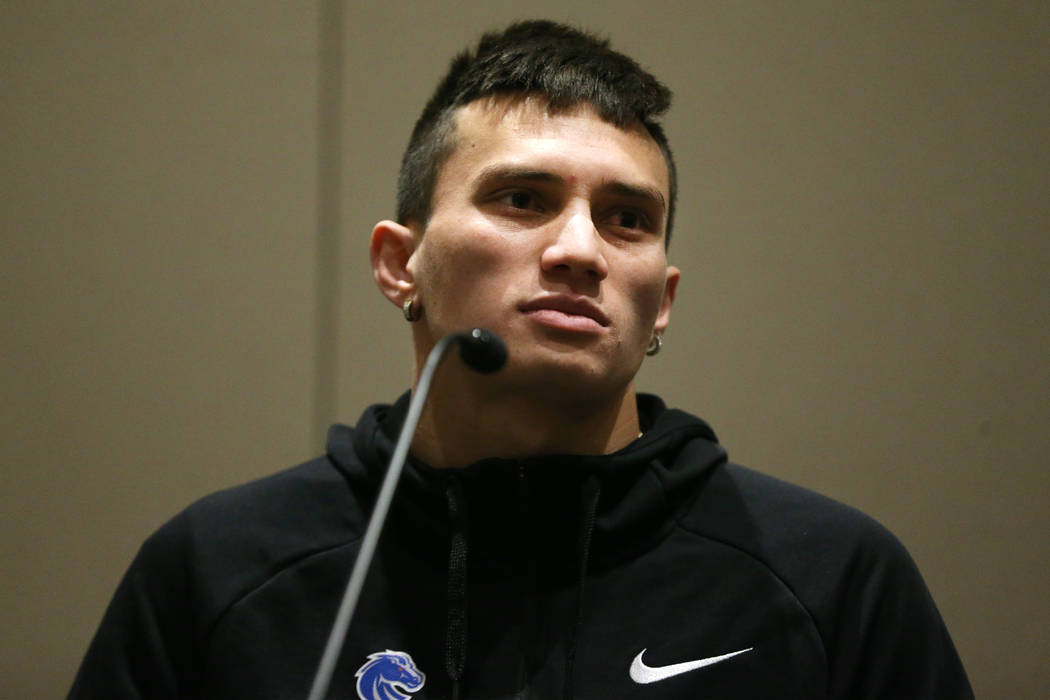 “I haven’t checked the weather report,” Harsin said. “We good?”

Luckily for him, the temperature is supposed to be around 55 degrees at kickoff Saturday at Sam Boyd Stadium with no chance of precipitation. That has to be music to Harsin’s ears after the Broncos didn’t play in the First Responder Bowl in Dallas last year because of inclement weather. He said it made his team that much hungrier for its season opener at Florida State.

“We could’ve played in a parking lot,” Harsin said. “We just wanted to play. And now that we have this chance to do that it’s not really about me or the coaches, it’s about the guys that have a chance to finish their season and play. Last season we didn’t get a chance to do that.”

The then-No. 23 Broncos were matched up with Boston College in Dallas last year. They trailed the Eagles 7-0 in the first quarter when the game went into a weather delay due to lightning. The game was called off approximately two hours later because thunderstorms were expected to continue. It’s considered a no-contest.

It’s believed to be the only FBS-level postseason game canceled because of weather, so Boise State is happy it doesn’t appear history will repeat itself Saturday.

“I think we’re really excited as a team,” junior defensive back Kekaula Kaniho said. “Just one more opportunity to be together as a team, play with the seniors one more time.”

Henderson started the Broncos’ previous four games and led them to a 4-0 record, including a 31-10 win over Hawaii in the Mountain West championship game. The redshirt senior has completed 63.2 percent of his passes with 11 touchdowns and two interceptions.

Harsin said he and several other of his assistant coaches have play-calling experience but didn’t specify who would run the show Saturday against Washington.

Boise State sophomore wide receiver Khalil Shakir has a good history at Sam Boyd Stadium. The Broncos’ No. 2 receiver had a season-high 111 receiving yards there Oct. 5 in a 38-13 win at UNLV.

Shakir downplayed the importance of that game Friday.

“We’re not really thinking about that game anymore,” Shakir said. “We moved on. New opponent. Great opponent we’re going up against.”

David Carr had a decorated college career at Fresno State and was the No. 1 overall pick in the 2002 NFL Draft by the expansion Houston Texans. The Bulldogs played in the 1999 Las Vegas Bowl, but Carr redshirted that season.

He became Fresno State’s starting quarterback the following year and led the team to a 7-5 record. The next year the Bulldogs went 11-3 and Carr finished fifth in the Heisman Trophy voting after throwing for 4,839 yards and 46 touchdowns.