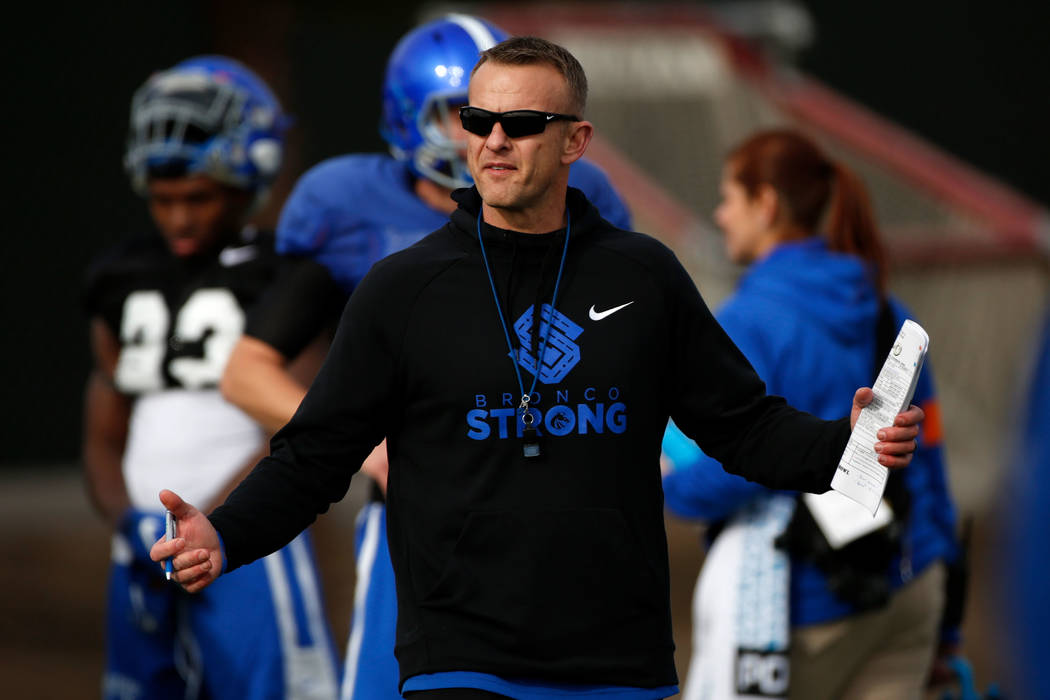 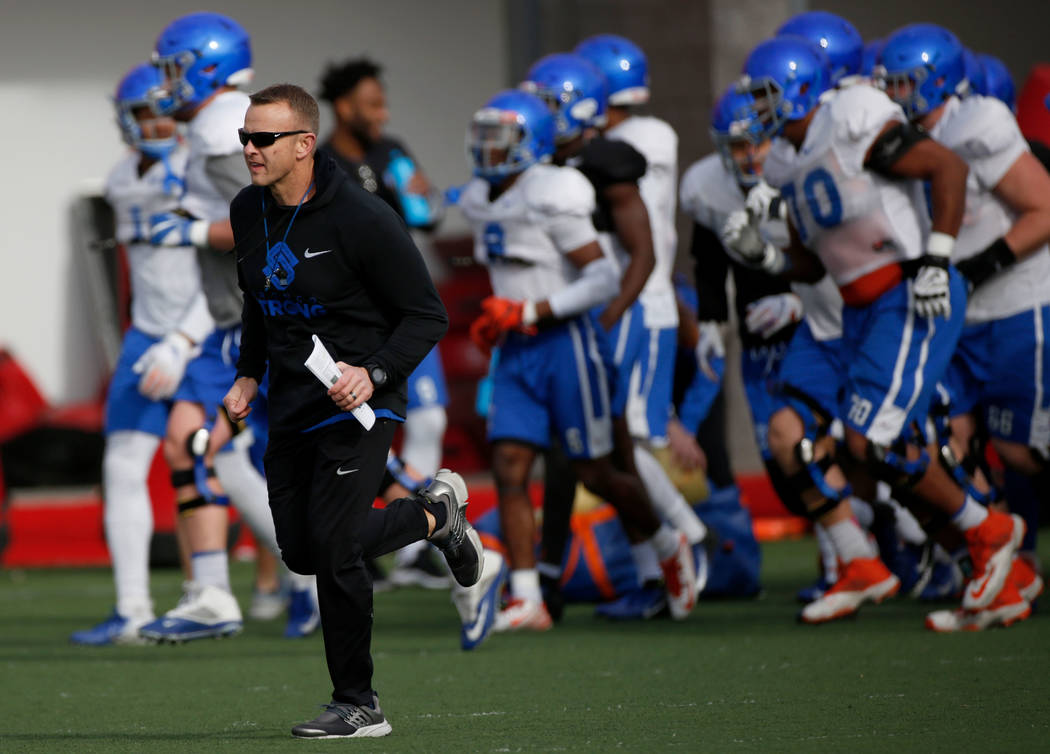 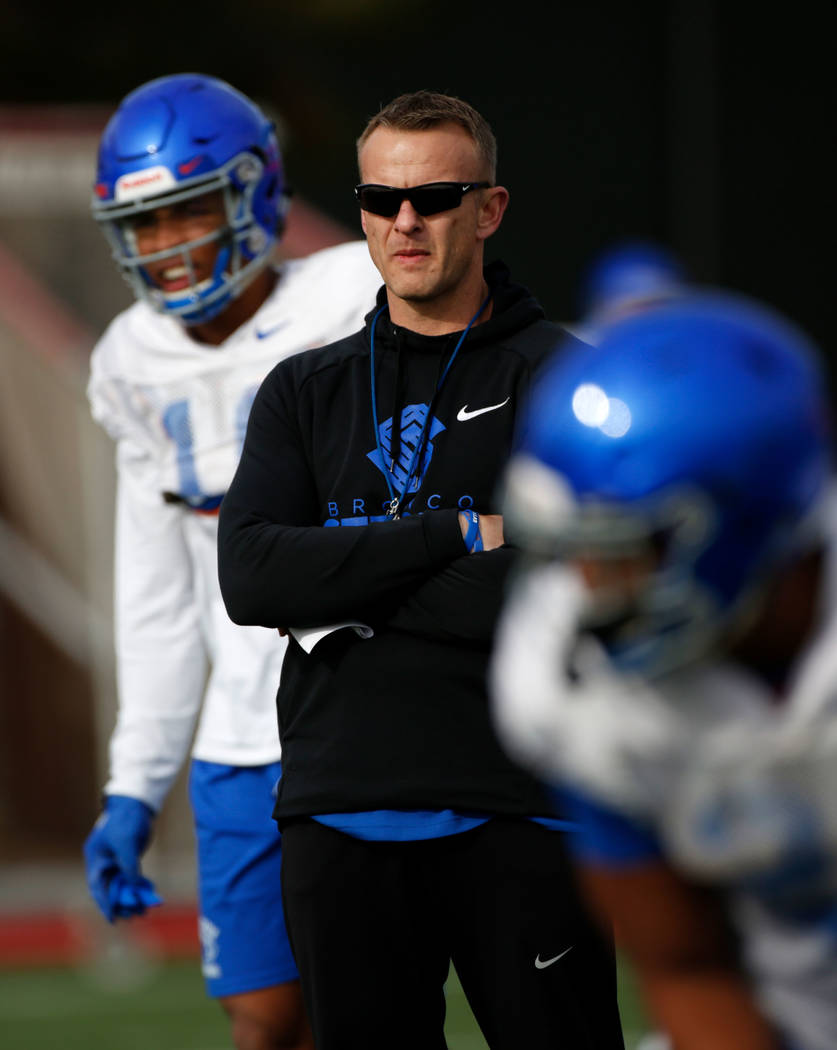 The Las Vegas Bowl was on life support before it invited Brigham Young in 2005, the first of five consecutive appearances by the Cougars that saved the game and put it on the path to success.

But it couldn’t be just BYU and its rabid fan base that attracted crowds of more than 40,000 each year. The bowl needed to build on that momentum, and that’s when Boise State entered the picture in 2010 and drew 41,923 fans.

Though crowd support diminished the following two years, that three-year run by the Broncos helped make the bowl a premier game outside the New Year’s Six and College Football Playoff games. And now No. 18 Boise State, which meets Washington at 4:30 p.m. Saturday at Sam Boyd Stadium, is appropriately the last Mountain West representative in this bowl before the game takes another major step forward.

The bowl shifts to Allegiant Stadium in 2020, and it will continue its relationship the Pac-12 Conference, which will face a Big Ten or Southeastern Conference team the next six years.

“Having both of those fan bases (BYU and Boise State) that traveled so well, it got people in Las Vegas to buy tickets early and want to be out here,” Las Vegas Bowl executive director John Saccenti said. “We all know that having a full stadium and an exciting stadium and an energetic stadium is a lot more fun than an empty stadium. … they changed the perception of the game and made it a big-time event.”

The bowl has had the first choice of the Mountain West since 2006. Beginning next year, the top selection of that conference will go to a bowl game at the new stadium in Los Angeles where the Rams and Chargers will begin play.

Chris Petersen was the Broncos’ coach when they made three successive appearances in this game, beating Utah, Arizona State and Washington. Now he’s at Washington facing his old team. He said the location was especially beneficial for fans because it’s easy to reach.

“We loved coming here for numerous reasons,” said Petersen, who will step down after this game. “People don’t realize the grind these kids go through. To play an early bowl game, that’s a real positive for coaches and players, and then we were usually playing a really good opponent.”

Bryan Harsin is in this game for the second time as Boise State’s head coach. He also coached the 2017 game, a 38-28 victory over Oregon, and said the Las Vegas Bowl compares favorably to other postseason games because of the mild late-fall temperatures and the entertainment value the city brings.

Harsin also coached the Broncos to a 38-30 victory over Arizona in the 2014 Fiesta Bowl and was the offensive coordinator in two other appearances in that bowl.

“The whole atmosphere is really good for our players,” Harsin said of Las Vegas. “They do a great job with the bowl game. They take care of (the players). We’re able to focus on preparing, but then at night, we’re able to enjoy the festivities. They’ve always treated us first class. I’ve been to some really good bowl games, and this is one that our players always leave here and they’re like, ‘That’s been an awesome experience.’”