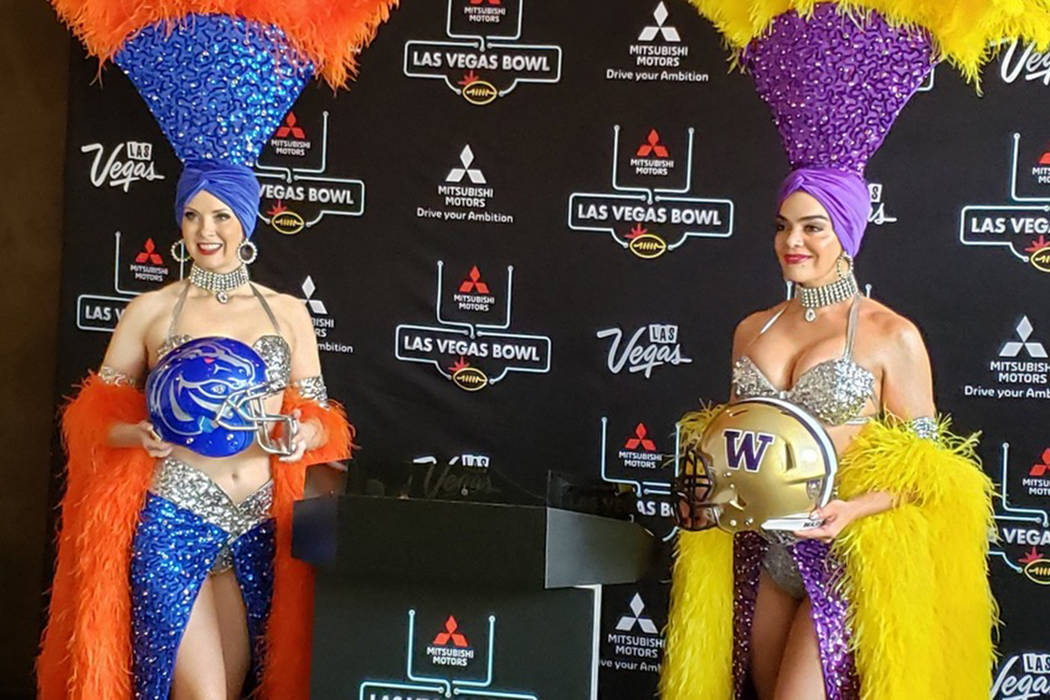 The Las Vegas Bowl will be known this year as the Chris Petersen Bowl.

“Personally speaking, there are probably a lot of other teams I’d rather be playing for this last time,” Petersen said Sunday. “But it is what it is, and it’s interesting sometimes how these things work out.”

This is the 28th and final year the bowl will be played at Sam Boyd Stadium. It moves to Allegiant Stadium next year.

It’s also the final year the Mountain West will be represented in the game, as the bowl continues its affiliation with the Pac-12 Conference with the Big Ten and Southeastern conferences serving as the opponent on a rotating basis.

The matchup wasn’t determined until minutes before the 1 p.m. news conference, as Las Vegas Bowl executive director John Saccenti worked out an agreement, with the Redbox Bowl taking California and the Sun Bowl taking Arizona State. Washington, Cal and Arizona State have identical overall and Pac-12 records of 4-5.

“Very rarely do you have three bowls that want a particular team and then the particular team wants to be in those three bowls, so it worked out great this year,” Saccenti said. “We’re very fortunate that these guys wanted to come here. We wanted them. This is an unbelievable matchup. It’s a great way to close Sam Boyd Stadium.”

Petersen will be the story during bowl week, and it’s a familiar one. He coached Boise State in 2012 when the Broncos defeated Washington 28-26 in the Las Vegas Bowl.

Now he’s coaching his final one at Washington after announcing Dec. 2 that he would step down following the bowl. Defensive coordinator Jimmy Lake will be promoted to head coach.

The Huskies are not where they hoped to be after entering the season ranked No. 13. They have a chance to put that disappointment behind them and send their coach, who is 54-26 in six seasons there, out on a high note.

But Petersen said he didn’t want this game to be about him.

“That’s not what this is about,” he said. “It’s not even kind of about that. It’s about these players that have worked really hard this season, and Boise has had an unbelievable season over there.”

After leaving the Broncos for Washington, Bryan Harsin took Petersen’s place. Now Harsin, who was Boise State’s offensive coordinator from 2006 to 2010, will be facing his old boss.

Harsin sounded like Petersen in saying he didn’t want the coaching storyline to “overshadow the players.”

That would “be a shame if the story continues to not be about the game and the actual players that are playing in it,” Harsin said.