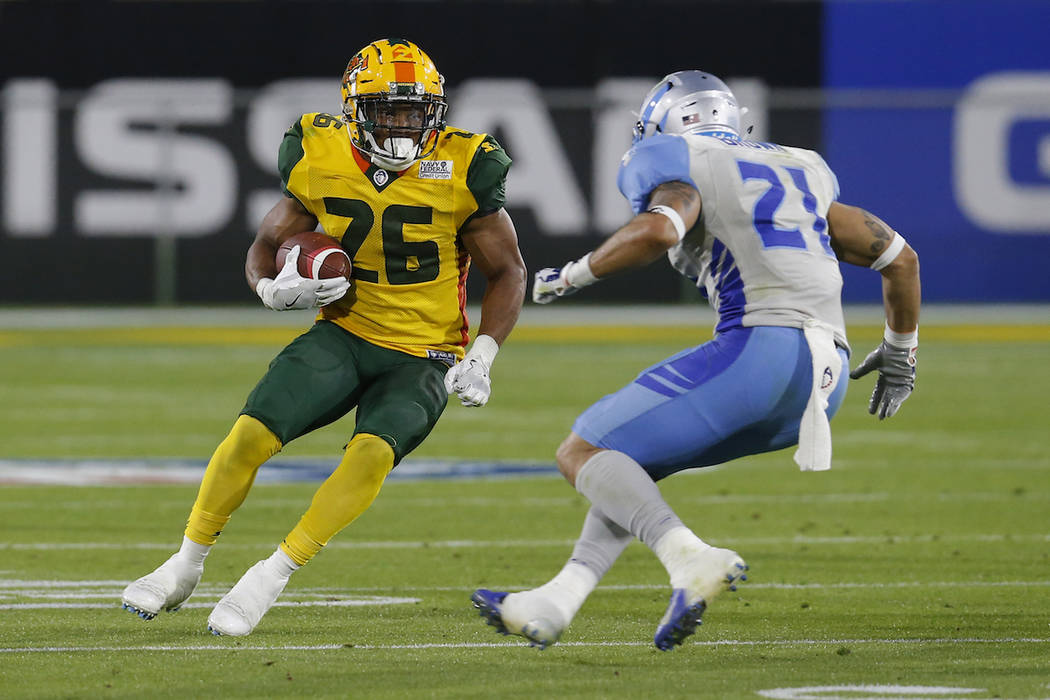 The Alliance of American Football announced Friday that its championship game in Las Vegas will be called the “Alliance Championship.”

Tickets for the AAF title game, scheduled for April 27 at Sam Boyd Stadium, go on sale Friday. The AAF also released a logo for the debut event.

The spring league has committed to play its first two title games at Sam Boyd. Tickets for this year’s event start at $39 and are available at the Thomas & Mack Center box office, UNLVTickets.com or by calling 702-739-FANS.

The AAF, which debuted last weekend, features eight teams playing over 10 weeks — including franchises in San Diego, Salt Lake and Tempe, Arizona. The league mainly features former NFL players and has received backing from the NFL.

The league’s first nationally televised games Saturday on CBS posted a better rating than the weekly NBA game on ABC, according to The Associated Press.