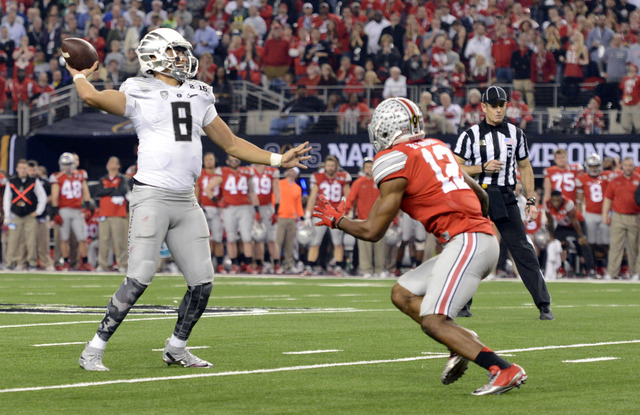 Mariota won the 2014 Heisman Trophy and is projected to be the second quarterback drafted in 2015 following Florida State’s Jameis Winston, who won the Heisman in 2013.