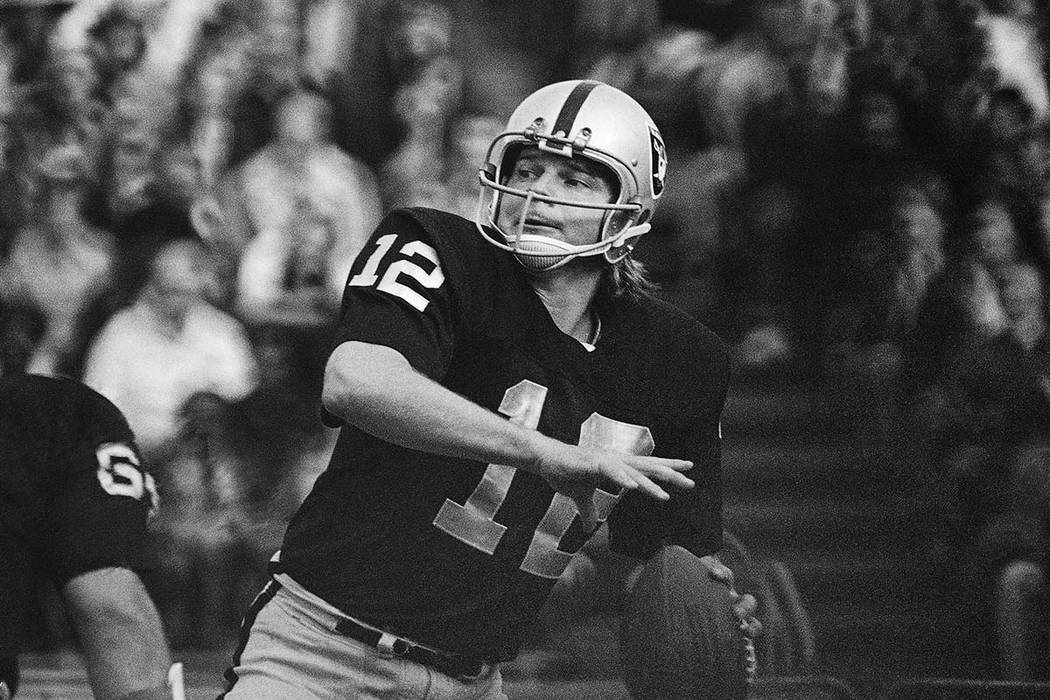 While it’s been a while since the Raiders were consistent winners — the club last had back-to-back winning seasons in 2001 and 2002 — the team does have a rich and successful history. The Raiders have been to five Super Bowls, coming away victorious in three of them.

The Raiders won two of their Super Bowls in Oakland, with their most recent victory — in the 1983 season — coming with the team based in Los Angeles.

Here’s a look at each of the Raiders’ five Super Bowl appearances.

The Raiders entered the contest, known then as the second AFL-NFL World Championship game, as the clear best team in the AFL, having gone 13-1 in the regular season, losing only to the Jets in Week 6.

But as most sports writers and sports fans assumed, the AFL’s Raiders were no match for the NFL’s Packers at the old Miami Orange Bowl. In what would be head coach Vince Lombardi’s last game with Green Bay, the Packers held a 16-7 lead going into halftime. They only expanded on that in the second half, with Packers defensive back Herb Adderley returning an intercepted pass from Raiders quarterback Daryle Lamonica 60 yards for a touchdown to give Green Bay a 33-7 lead early in the fourth quarter.

John Rauch, the Raiders’ head coach at the time, would end up resigning after the 1968 season after clashing with then-part owner and general manager Al Davis.

After losing in three consecutive conference championship games under head coach John Madden, the Raiders finally made their second Super Bowl in the 1976 season. This time, they won at the Rose Bowl.

Oakland had lost only one game, early in the season to the Patriots. So by the time the Raiders faced the Vikings — who had lost two of the last three Super Bowls — they were ready for the opportunity.

The Raiders rushed for what was then a Super Bowl-record 266 yards, led by running back Clarence Davis, who had 137 yards on 16 carries. Quarterback Ken Stabler was efficient, completing 12 of his 19 passes for 180 yards and a touchdown.

But it was veteran cornerback Willie Brown who put the game away with a 75-yard interception return for a touchdown in the fourth quarter to put the Raiders up 32-7.

This was the first and only Super Bowl win for Madden.

The Raiders had a tougher road to Super Bowl XV under head coach Tom Flores in the 1980 season, but the club was able to make it to its third Super Bowl by defeating the Oilers, Browns and Chargers in the AFC playoffs.

The Raiders held a 24-3 lead over the Eagles heading into the fourth quarter behind three touchdown passes from quarterback Jim Plunkett and a 46-yard field goal by Chris Bahr.

But while Plunkett won the game’s MVP award, perhaps the most dominant performance of the contest came from linebacker Rod Martin, who set a Super Bowl record that still stands today with three interceptions.

With the victory, Flores, who is Hispanic, became the first minority coach to win a Super Bowl.

The then-Los Angeles Raiders dominated Washington at Tampa Stadium to cap the 1983 season with a Super Bowl victory.

After dominating the league as a rookie during the strike-shortened 1982 season, Hall of Fame running back Marcus Allen ran all over the Washington defense, amassing 191 yards on 20 carries and scoring a pair of touchdowns in the victory.

Allen’s signature play came in the fourth quarter. He started a handoff rushing to his left, but then reversed field for a 74-yard touchdown to give Los Angeles a 35-9 lead. Allen was the game’s MVP.

Washington had set an NFL record for points scored in a season, but the Raiders defense held quarterback Joe Theismann and the rest of the unit down with six sacks.

The Raiders’ most recent Super Bowl appearance during the 2002 season was one to forget. After trading head coach Jon Gruden to Tampa Bay, owner Al Davis would face the former Oakland coach on football’s biggest stage.

Bill Callahan took over as head coach after the Gruden trade and led the Raiders to an 11-5 record with the No. 1 offense and No. 11 defense. The Raiders were able to breeze through the AFC playoffs with big victories over the Jets and Titans.

But in this Super Bowl played in San Diego, quarterback Rich Gannon set a record with five interceptions, as the Buccaneers built a 34-3 lead midway through the third quarter. The Raiders made it interesting by scoring three consecutive touchdowns to draw closer at 34-21.

But Gannon’s fourth and fifth interceptions were returned for touchdowns toward the end of the fourth quarter — his second and third pick sixes of the game.

Now Gruden is back with the Raiders as they move to Las Vegas for the 2020 season.